Brazil's Bolsonaro claims NGOs may be burning the Amazon 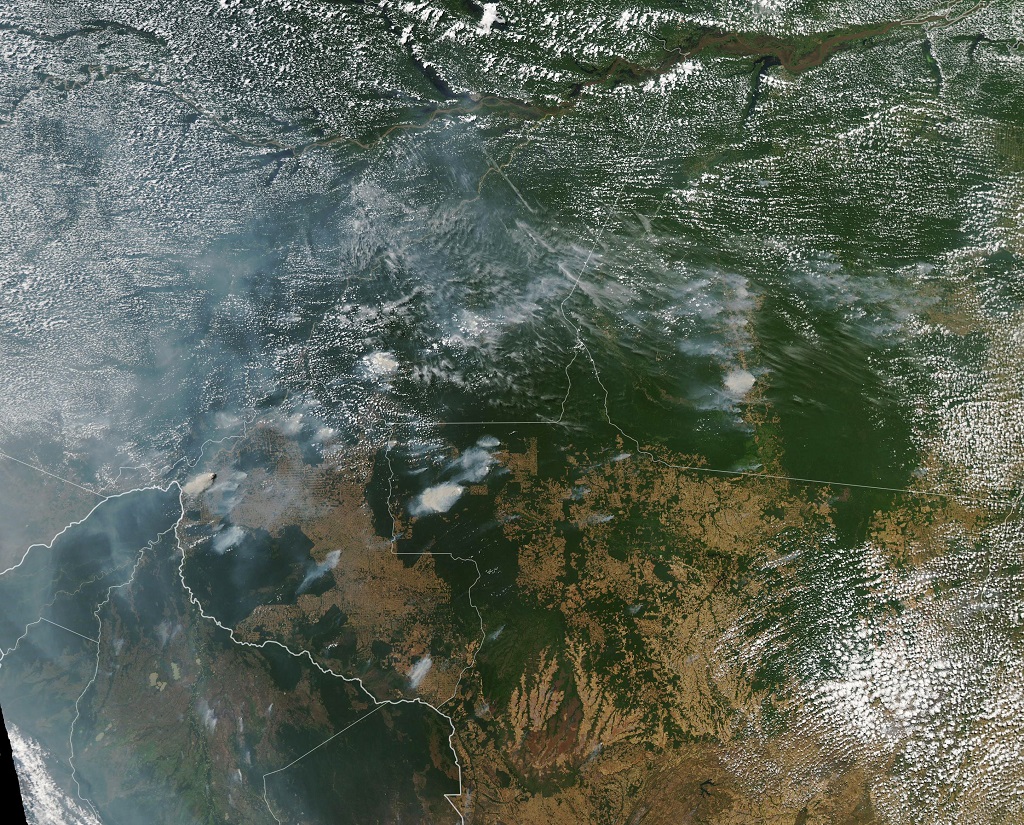 The Moderate Resolution Imaging Spectroradiometer (MODIS) on NASA’s Aqua satellite captured these images of several fires burning in the states of Rondônia, Amazonas, Pará, and Mato Grosso on August 11 and August 13, 2019.

SAO PAULO - Brazilian President Jair Bolsonaro on Wednesday said, without presenting evidence, that non-governmental organizations could be burning down the Amazon rainforest to bring shame on his government after he cut their funding.

Bolsonaro said "everything indicates" that NGOs are going to the Amazon to "set fire" to the forest. When asked if he had evidence to back up his claims, he said he had "no written plan," adding "that's not how it's done."

He pointed out that his government had slashed NGO funding, which he claimed may be a motive for NGOs burning down the forest as they seek to bring infamy to his government.

"Crime exists," he said during the Facebook Live. "These people are missing the money."

Bolsonaro's comments are likely to enrage critics, who have become increasingly concerned by his administration's attitudes toward the Amazon rainforest, one of the world's most important bulwarks against climate change. Brazil is home to more than half of the Amazon.

Bolsonaro, a longtime skeptic of environmental concerns, wants to develop the Amazon, and has told other countries worried about rising deforestation since he took office to mind their own business.

Bolsonaro on Wednesday said the administration is working to control wildfires in the Amazon rainforest, which have hit a record number this year.

Brazil's space research center, INPE, has detected 72,843 fires so far this year. When asked about the spread of uncontrolled fires, Bolsonaro has brushed off criticism, saying it is the time of the year of the "queimada" or burn, when farmers use fire to clear land.

"I used to be called Captain Chainsaw. Now I am Nero, setting the Amazon aflame. But it is the season of the queimada," he told reporters.

Earlier this month, Norway and Germany suspended funding for projects to curb deforestation in Brazil after becoming alarmed by rising deforestation under Bolsonaro.