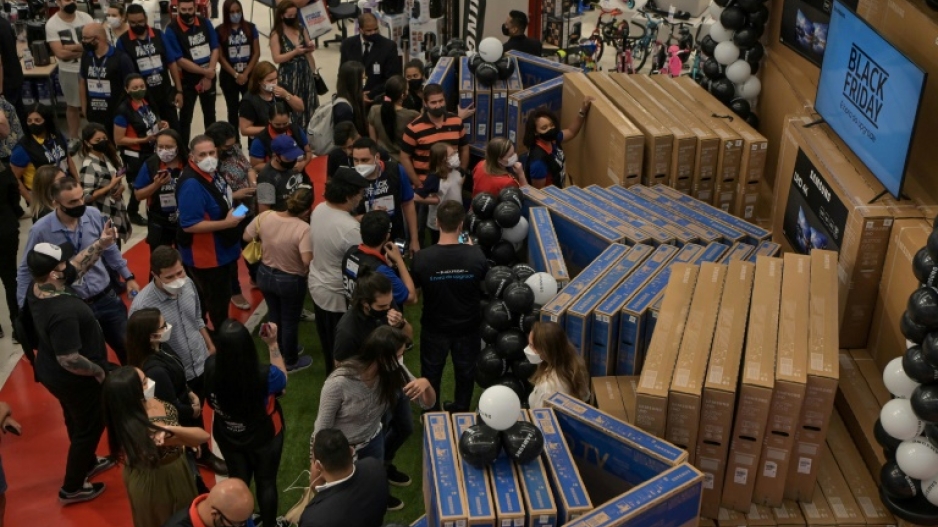 The second-quarter drop was revised to a larger 0.4 percent from an initial estimate of 0.1 percent compared to the previous three months.

Brazil's second-quarter GDP slowdown ended the recovery that started late 2020 after the collapse caused by the Covid-19 pandemic.

In comparison to the same period a year ago, the economy grew four percent in the third quarter, said the IBGE.

Brazil's services industry was boosted by an improvement in the health situation in a country hard hit by the global pandemic.

After its immunization campaign got off to a rocky start, the South American country has now managed to fully vaccinate 60 percent of its population against coronavirus, although there are fears the emergence of the new Omicron variant -- with three cases confirmed in Brazil -- could at least partly undo progress.

The third-quarter drop in farming production was partly a function of the end of the soybean harvest, which happens mainly in the first quarter, but also drops in coffee (-22.4 percent), cotton (-17.5 percent) and maize (-16 percent) output compared to 2020.

"The drop is attributable to the drought, the water crisis, because there were crop losses and grain production declined," according to Alex Agostini of consulting firm Austin Rating.

On top of the agriculture loss, adding to the growth slowdown was high inflation, rising interest rates and high unemployment, said Fabio Astrauskas, an economist with the firm Siegen.

Annual inflation hit a higher-than-expected 10.67 percent in October, and unemployment was 12.6 percent for the period July to September.

The latest market expectation is for growth of 4.78 percent this year, according to a Central Bank survey -- down from a 5.3-percent forecast made in July.

According to S&P Global Ratings, Brazil's economy recovered faster than expected following a 4.1 percent contraction in 2020, and should achieve 4.8 percent in 2021.

But the medium-term growth outlook was "poor".