Brexit to exit | The rise and fall of Boris Johnson 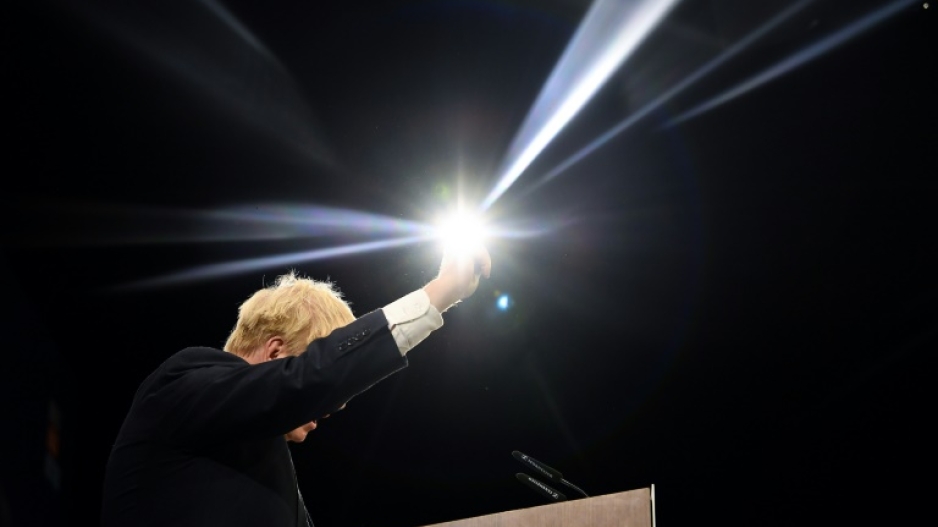 LONDON - Boris Johnson rode his luck throughout his career, bouncing back from a succession of setbacks and scandals that would have sunk other less popular politicians.

But the luck of a man once likened to a "greased piglet" for his ability to escape controversies finally ran out, after a slew of high-profile resignations from his scandal-hit government.

The departure of cabinet big hitters Rishi Sunak as finance minister and Sajid Javid as health secretary on Tuesday weakened the under-pressure prime minister just as he needed allies the most.

His expected departure Thursday -- after a tidal wave of resignations from his top team -- comes just three years after he took over from Theresa May in an internal Conservative leadership contest.

He called a snap general election that December, winning the biggest Tory parliamentary majority since the heyday of Margaret Thatcher in the 1980s.

That allowed him to unblock years of political paralysis after the 2016 Brexit vote, to take Britain out of the European Union in January 2020.

But he has faced criticism since, from his handling of the coronavirus pandemic to allegations of corruption, cronyism, double standards and duplicity. 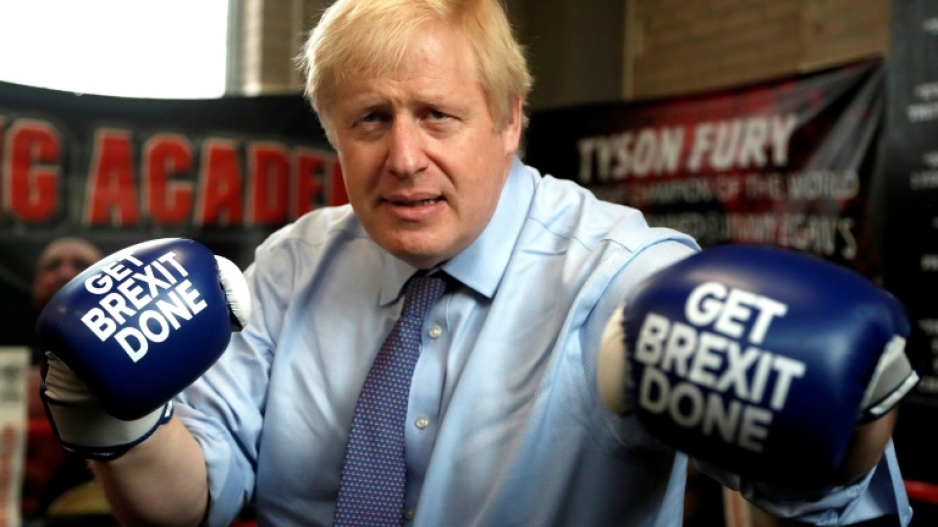 His general election win was largely based on a single issue: to take the UK out of the EU

Some drew parallels between his governing style and his chaotic private life of three marriages, at least seven children and rumours of a host of affairs.

Sonia Purnell, Johnson's former Daily Telegraph colleague, suggested that Sunak and Javid may have realised what she and others have before them.

Alexander Boris de Pfeffel Johnson had a conventional rise to power for a Conservative politician: first the elite Eton College, then Oxford University. 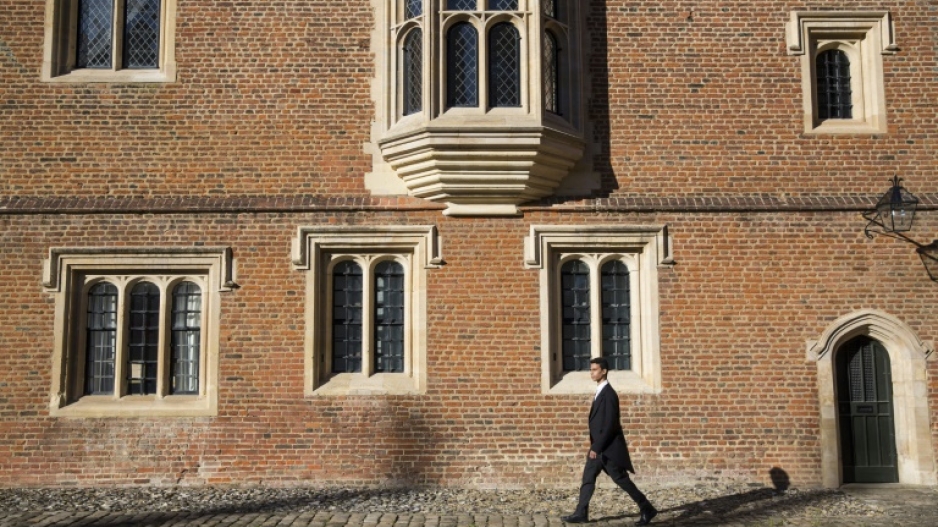 At Eton, his teachers bemoaned his "cavalier attitude" to his studies and the sense he gave that he should be treated as "an exception".

Johnson's apparent attitude that rules were for other people was amply demonstrated in 2006 when he inexplicably rugby tackled an opponent in a charity game of football.

His elastic relationship with the truth was forged at Oxford, where he was president of the Oxford Union, a debating society founded on rhetoric and repartee rather than mastery of cold, hard facts.

His privileged cohort in the backstabbing den of student politics provided many leading Brexiteers.

Soon after Oxford, he married his first wife -- fellow student Allegra Mostyn-Owen -- despite her mother's misgivings.

"I didn't like the fact he was on the right," Gaia Servadio, who died last year, was quoted as saying by Johnson's biographer Tom Bower.

"But above all, I didn't like his character. For him, the truth doesn't exist."

After university, he was sacked from The Times newspaper after making up a quote, then joined the Telegraph as its Brussels correspondent. 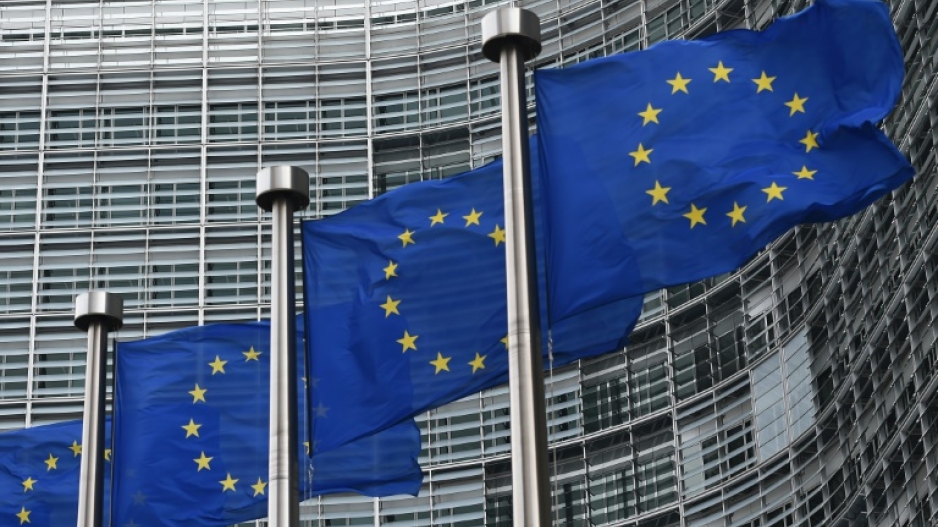 From there he fed the growing Conservative Euroscepticism of the 1990s with regular "euromyths" about supposed EU plans for a federal mega-state threatening British sovereignty.

Exasperated rivals charged with matching his questionable exclusives described some of his tales as "complete bollocks". 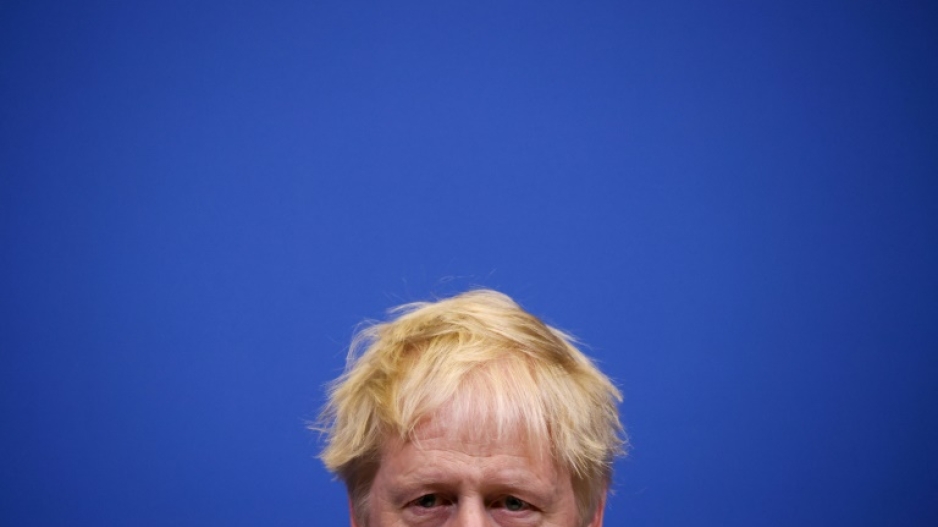 After an eight-year spell as London's mayor, Johnson returned to parliament and became prime minister in 2019

Much of his journalism has since been requoted at length, particularly his unreconstructed views on issues from single mothers and homosexuality to British colonialism.

He became an MP in 2004, with the Tory leader at the time, Michael Howard, sacking him from his shadow cabinet for lying about an extra-marital affair.

From 2008 to 2016 he served two terms as mayor of London, promoting himself as a pro-EU liberal, a stance which he abandoned as soon as the Brexit referendum came about.

He became "leave" campaign's figurehead, capitalising on his popular image as a unconventional but likeable rogue as the quickest route to power.

His former editor at the Telegraph, Max Hastings, described it as cynical -- but not unexpected. Johnson, he said, "cares for no interest save his own fame and gratification".

On Wednesday, as calls mounted for Johnson to go, Hastings wrote in The Times that the prime minister had "broken every rule of decency, and made no attempt to pursue a coherent policy agenda beyond Brexit".

But he was "the same moral bankrupt as when the Conservative party chose him, as shambolic in his conduct of office as in his management of his life".

"We now need a prime minister who will restore dignity and self-respect to the country and its governance," he added.