JOHANNESBURG - Floyd Shivambu's brother has released a statement responding to the allegations made against him in the VBS forensic report.

According to the report, Brian Shivambu received R16-million in gratuitous payments from the bank.

Now, he's denying it happened and is threatening to sue the authors of the report. 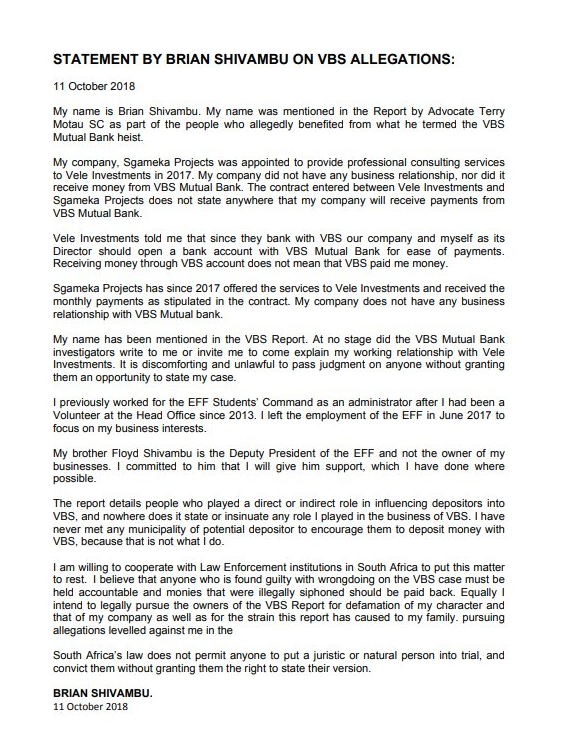 The younger of the Shivambu brothers says the monies deposited into his company Sgameka Projects’ account were payments for services rendered to Vele Investments, a majority shareholder in VBS.