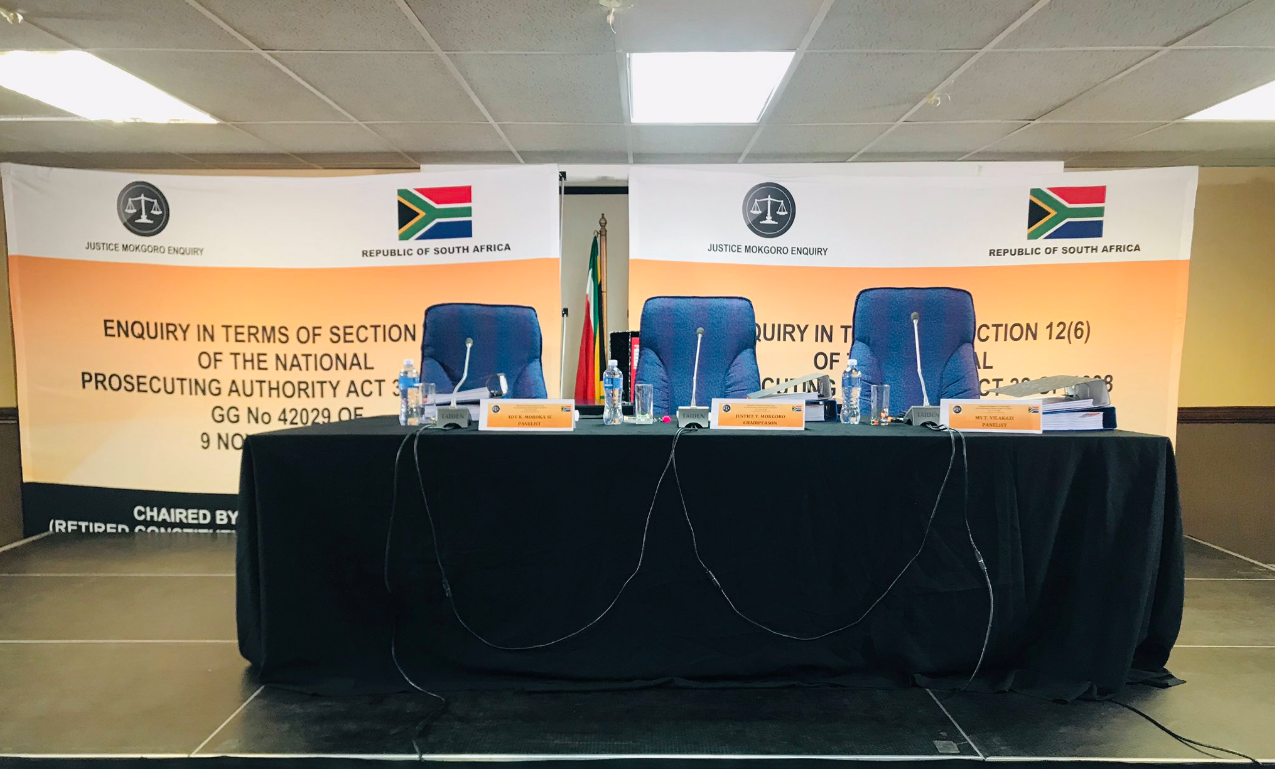 NPA prosecutor Jan Ferreira took to the stand after the proceedings were halted on Wednesday.

CENTURION - Investigations into bribes were stalled, according to a lead prosecutor at the NPA inquiry.

The Mokgoro commission heard how investigations into bribe allegations against high-profile government and SOE officials were delayed at the hands of senior prosecutors Nomgcobo Jiba and Lawrence Mrwebi.

A lead prosecutor at the NPA claims he was pulled off a number of serious cases by Jiba and Mrwebi.

For three years, Chris Macadam had been working on a number of serious cases of foreign bribery.

This included alleged kickbacks to government officials and SOE executives.

Unexpectedly, Jiba gave Macadam 24 hours to hand over the dockets before he was redeployed.

Eight days later, then-NPA head Shaun Abrahams told Macadam to continue his work but it was too late.

Macam said, "I was told that on Mr Mrwebi's instructions my case files had been distributed to various officers in the SCCU and they could not return the files to me. I tried to follow up but did not get a reply."

Macadam is claiming after he was removed, the investigations went nowhere.

Mrwebi's lawyers are accusing Macadam of harbouring a personal vendetta.

Macadam is denying this.

While the inquiry isn't probing the motives behind Macadam's removal, his allegations paint a devastating picture of how infighting involving Jiba and Mrwebi has affected the NPA.