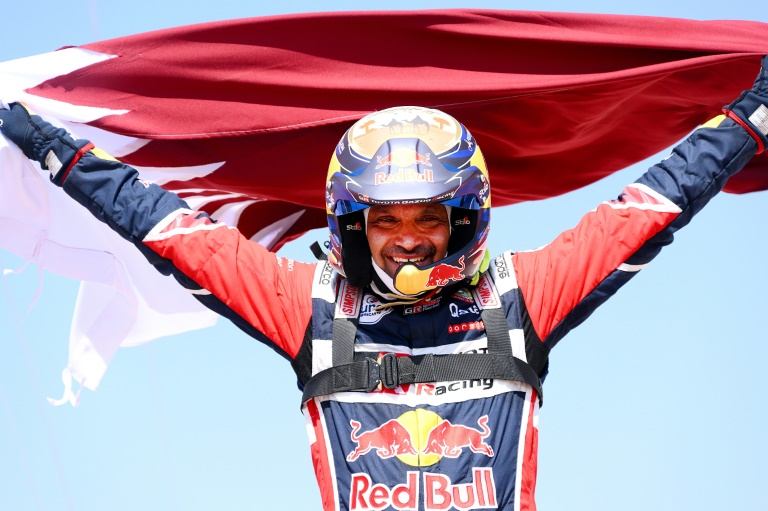 JEDDAH - British rider Sam Sunderland said his head almost "exploded" with stress before he won the Dakar Rally motorbike title for the second time on Friday after a hard-fought race through the Saudi Arabian desert.

The KTM rider and 2017 winner, when he was the first British champion in either car or bike category, finished ahead of Chile's Pablo Quintanilla and Austrian Matthias Walkner to take the chequered flag in Jeddah.

Dubai-based Sunderland, 32, dominated the first week but he duelled for the overall lead over the final days and surrendered it several times before finally coming out on top.

He said it had not been all plain sailing on the final stage which he entered with a healthy lead.

"This last stage was so difficult and so much stress… A lot of navigation, a lot of tricky notes, a few times a bit confusing and not sure I was going the right way.

"Phew. Honestly, my head can explode. The last ten minutes, I was not sure whether I'd won, now they've told me and, wow, dream come true.

"Even to listen to you say it brings a little bit of emotion there.

"I had a pretty rough season, but when you win the Dakar, it's all worth it. So nice."

For Quintanilla, it was a handsome reward having left Husqvarna to replace 2021 champion Kevin Benavides at Honda.

The 35-year-old said it had been "the most stressful" Dakar for him yet, though, his spirits had been boosted throughout by his compatriots writing to him.

"I'm over the moon with this result," he said.

"It was a really, really tough race. I did my best. This is a good result for me as part of a different team.

"We fought hard from day one. It was physically and mentally exhausting. But I'm really pleased with my performance in the race."

Walkner, who was champion in 2018, was ecstatic with his final placing.

"I'm going to enjoy this podium spot, which almost feels like a victory," he said.