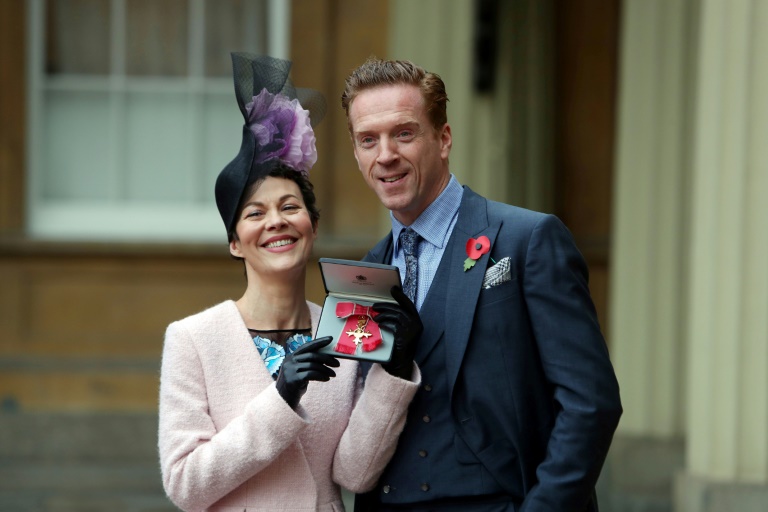 McCrory "died peacefully at home surrounded by a wave of love from friends and family", Lewis wrote on Twitter, calling his late wife "beautiful and mighty".

"We love her and know how lucky we are to have had her in our lives. She blazed so brightly," the actor added, explaining she had died "after an heroic battle with cancer".

McCrory was best known as a star of hit BBC crime drama "Peaky Blinders" and for the role of Narcissa Malfoy in the "Harry Potter" films, as the mother of the boy wizard's school-aged rival.

She played Cherie Blair, the wife of former British prime minister Tony Blair, twice in both the "The Queen" (2006) and "The Special Relationship" (2010), and played fictional British interior minister Clair Dowar in the James Bond film "Skyfall" (2012).

Born in Paddington in west London in 1968 to a Welsh mother and Scottish-born father, McCrory was the eldest of three children.

She attended school in southeast England and spent a year living in Italy before studying acting at London's Drama Centre.

A lengthy acting career followed, which saw her play a multitude of roles on the small and big screen, as well as on stage.

McCrory and Lewis, who starred in the US TV series Homeland, married in 2007. The pair met performing in the Shakespeare play "Much Ado About Nothing" as comedic protagonists Beatrice and Benedick.

In 2011, she told the Independent newspaper she had eschewed celebrity but was honoured to have played such interesting roles.

An actor's job, she said, was to "reassure the audience that life, as muddled and as wonderful as it is, is worth living".