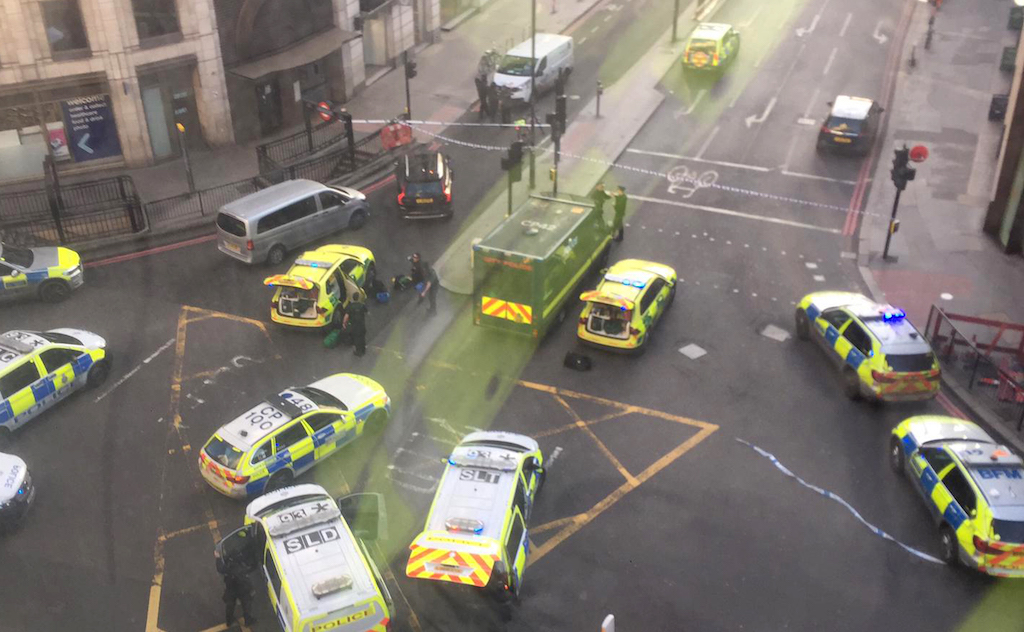 A handout picture shows members of the police and emergency services arriving at Monument tube station following an incident on London Bridge in central London on November 29, 2019.

LONDON - British police said on Friday that a man appeared to have been shot in an incident at London Bridge in the heart of the British capital.

"We are in the early stages of dealing with an incident at London Bridge," police said in a statement.

A spokesman said: "It appears somebody has been shot."

The BBC said two shots had been fired. Videos and photographs on Twitter showed several police cars and buses on the bridge and a truck straddling several lanes.

London ambulance service said it had crews at the scene.

London Bridge was the scene of an attack in June 2017 when three militants drove a van into pedestrians and then attacked people in the surrounding area, killing eight people.