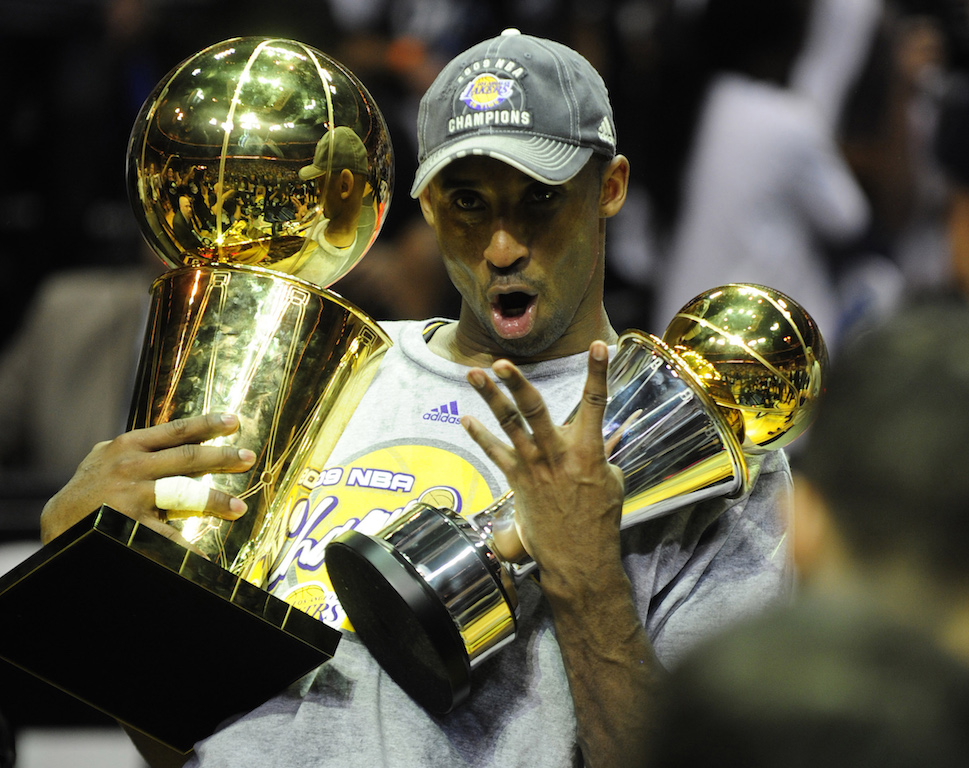 In this file photo taken on June 14, 2009, Kobe Bryant of the Los Angeles Lakers celebrates victory following Game 5 of the NBA Finals against the Orlando Magic at Amway Arena in Orlando, Florida.

The Los Angeles Lakers icon, who died in a helicopter crash in January, was named alongside nine honorees who will be enshrined at the Naismith Memorial Basketball Hall of Fame on August 29.

Other inductees include three-time NCAA National Championship coach Kim Mulkey, college basketball coach Barbara Stevens and longtime FIBA executive Patrick Baumann, who died of a heart attack in 2018 at the age of 41.

"The Class of 2020 is undoubtedly one of the most historic of all time and the talent and social influence of these nine honorees is beyond measure," said John Doleva, chief executive of the Hall of Fame.

"In 2020, the basketball community has suffered the unimaginable loss of iconic figures Commissioner David Stern and Kobe Bryant, as well as the game itself due to COVID-19.

"We have also banded together like never before in appreciation of the game and those who have made it the uniting force it is today."

The basketball world was left stunned by Bryant's death earlier this year, with the crash also claiming the life of his daughter Gianna and seven others.

The NBA season has also been left in disarray by the coronavirus pandemic, with the campaign halted indefinitely last month and the league currently on hiatus.

Bryant's wife, Vanessa, told ESPN her late husband's posthumous elevation to the Hall of Fame ranked as one of his greatest career milestones.

"It's an incredible accomplishment and honor, and we're extremely proud of him," Vanessa Bryant said.

"Every accomplishment that he had as an athlete was a steppingstone to be here," she added.

"Those qualities helped Kobe lead us to five titles -- and have now brought him to the Hall of Fame, where he will be enshrined with the greatest to have ever played the game," Buss said.

"No one deserves it more."