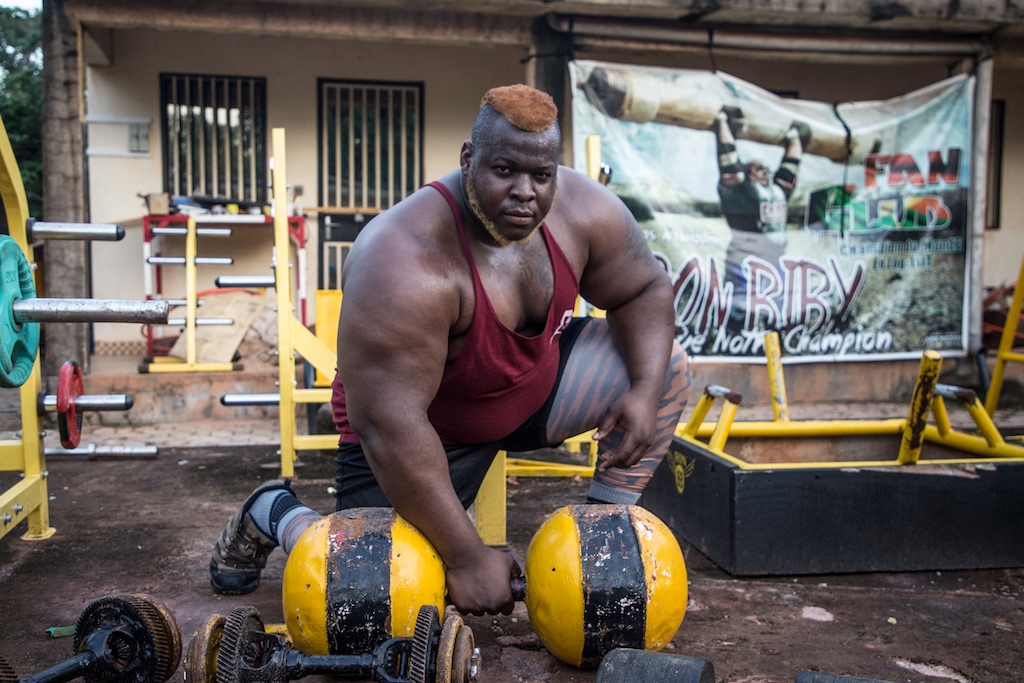 Fans crowded at the airport wawing banners reading "You are the pride of the entire nation" and "Bravo champion", to greet the 29-year-old, 180-kilo powerlifter.

In Saturday's Giants Live World Tour Finals competition in Glasgow, Iron Biby's 229kg exploit was just one kilo over the previous record -- but that was one set by Zydrunas Savickas of Lithuania 16 years ago.

Iron Biby launched into a trademark cartwheel after lifting the massive log clear of his head to add another record to his world strongman tally. A video of the feat on Instagram clocked up more than 116,000 likes.

"It's a big deal for me, because I have been trying to beat this world record since 2018," Iron Bibi said with a broad smile, standing next to Burkina's Sport Minister Dominique Nana.

Iron Bibi, whose real name is Cheick Ahmed Al-Hassan Sanou, started weightlifting in 2009 at age 17 in Canada, where he and his older brother went to high school.

He became the world log lift champion in 2018, a title he retained the following year.

In addition to the log lift record, he holds the Guinness World Record for most overhead presses in one minute -- of a person. And in July, he broke the world "axle press" record at the 2021 Strongman Classic in London's Royal Albert Hall.

And not content with breaking the long-held log lift record, Biby said he plans to do better still.

"I'm going to take this record to another level so that it's very hard to break it," he said.