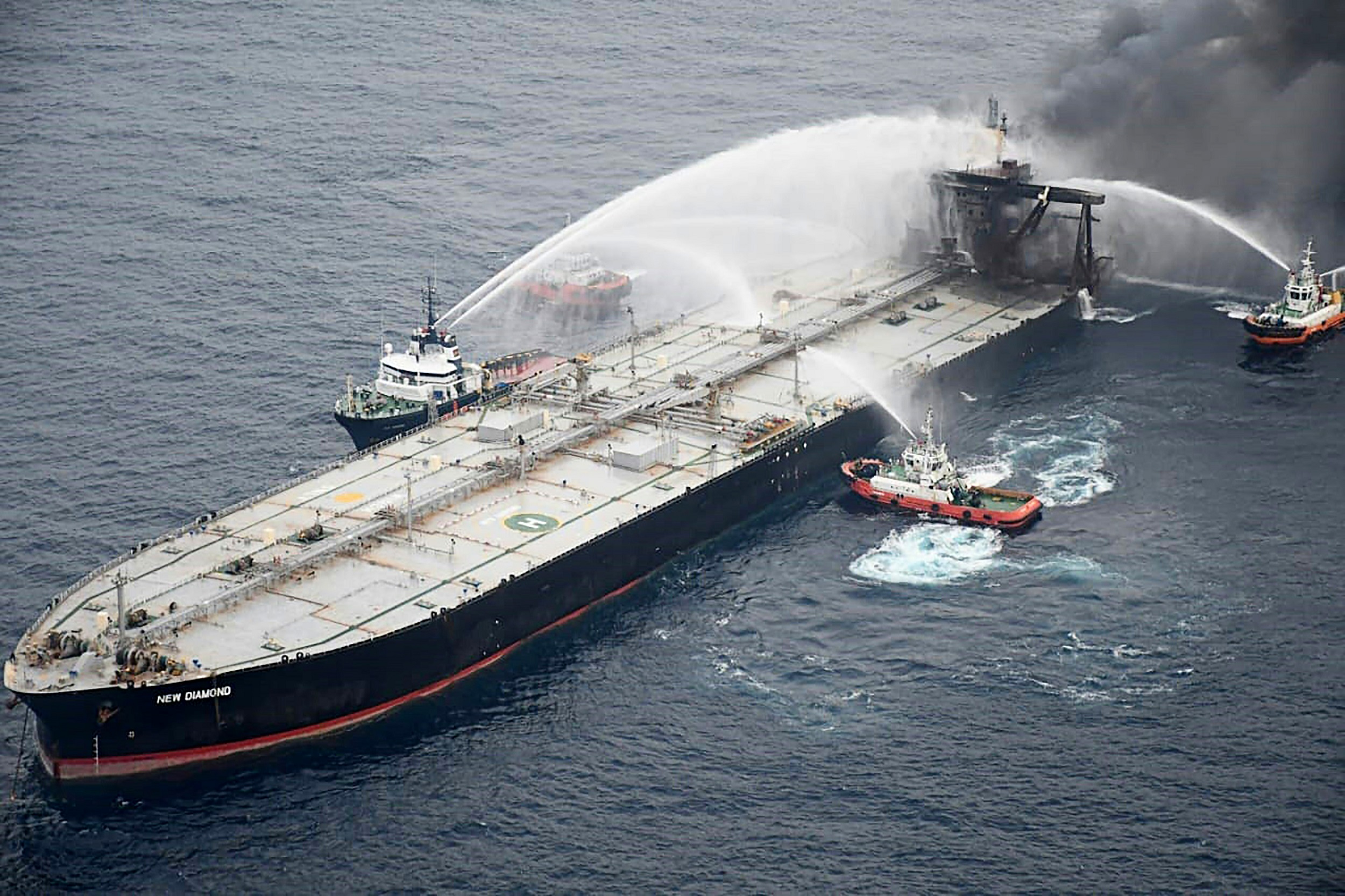 Fireboats battling to extinguish a fire on the Panamanian-registered crude oil tanker New Diamond where a fire was reported inside the engine room.

COLOMBO - A stricken oil tanker off Sri Lanka that has been on fire since last week has left a kilometre-long slick across the Indian Ocean, the country's navy said on Wednesday, sparking fears of an environmental disaster.

The blaze was finally brought under control on Wednesday but a trail of diesel has been spilt across the sea.

A fire first erupted on board last Thursday and was thought to have been completely doused on Saturday, but reignited a day later.

Sri Lanka's navy said there were no flames or smoke Wednesday from the New Diamond vessel, which is carrying 270,000 tonnes of crude oil and 1,700 tonnes of diesel.

A powerful tug boat was used to bring the drifting ship back to a location 68 kilometres from land, the navy said.

The Indian Coast Guard (ICG) said it had deployed aircraft to spray chemical dispersants on the slick and mitigate the environmental impact.

The ICG also said it provided 2,200 kilos of dry chemical powder to the Sri Lankan air force to drop on the burning tanker on Tuesday as a fire retardant.

The blaze had weakened the structure of the Panamanian-registered 330-metre tanker and the vessel was slightly leaning to the left, the ICG said.

Rescuers said the blaze had not reached the crude oil cargo. The diesel is thought to have leaked when the ship's fuel storage tanks ruptured and mixed with sea water that was pumped to douse the flames.

Sri Lanka's chief prosecutor, Dappula de Livera, told local marine authorities to pursue a claim for damages and order the owners to tow the tanker away from Sri Lankan waters.

The vessel first reported a fire while passing the country's east coast on Thursday after a boiler room explosion killed a Filipino crew member.