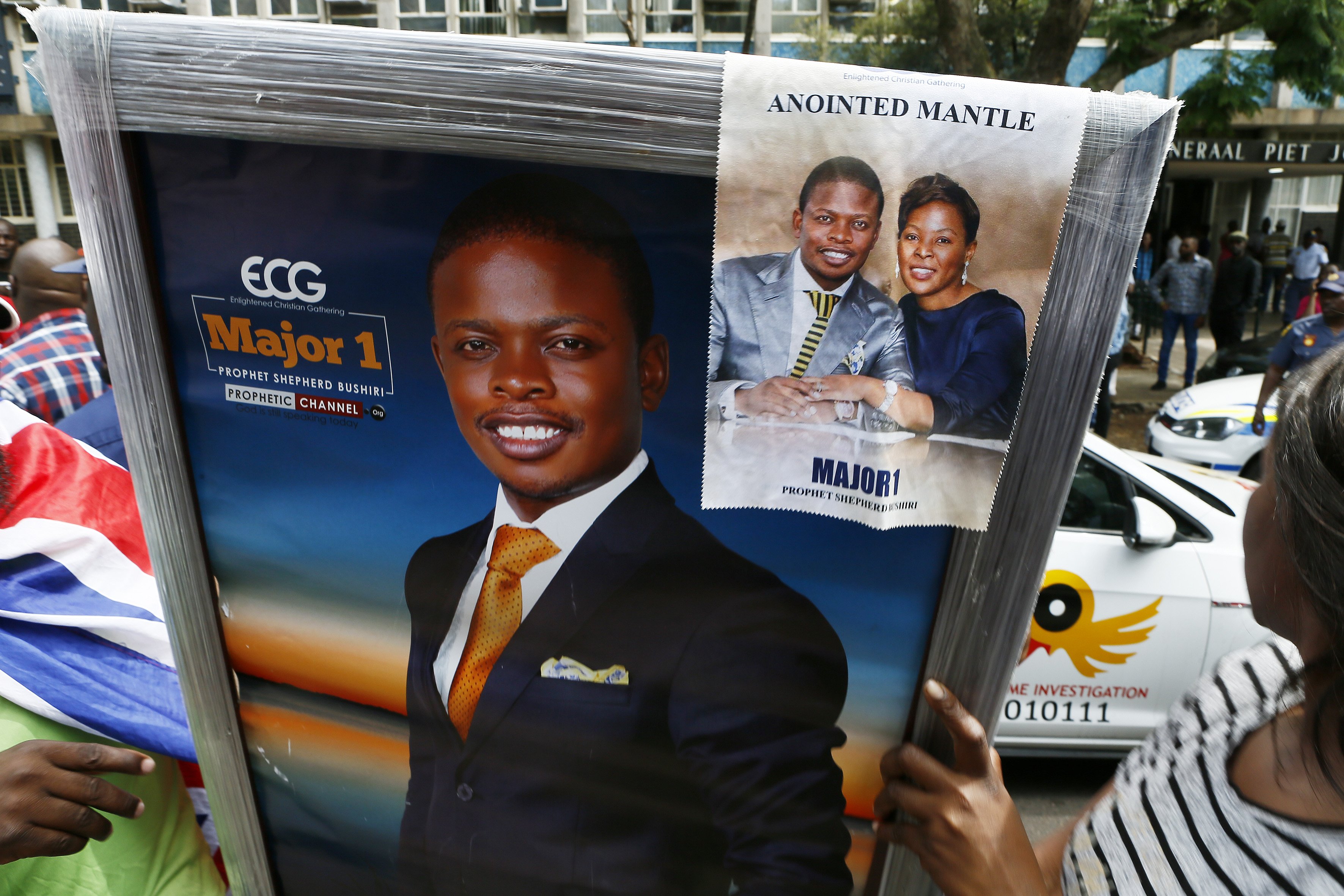 File: The case against controversial leader of the Enlightened Christian Gathering Church, Shepherd Bushiri and his wife Mary has been postponed to Monday, 26 October.

PRETORIA - The self-proclaimed prophet Shepherd Bushiri and his wife, Mary will be remanded in custody until Monday, 26 October.

IN PICS: Bushiri supporters come out in numbers

The couple is facing charges of fraud, theft and money laundering at the Pretoria Magistrates Court.

Bail was opposed earlier in the week after the state revealed it needed to investigate more details.

Bushiri's supporters have congregated outside the court in their numbers.