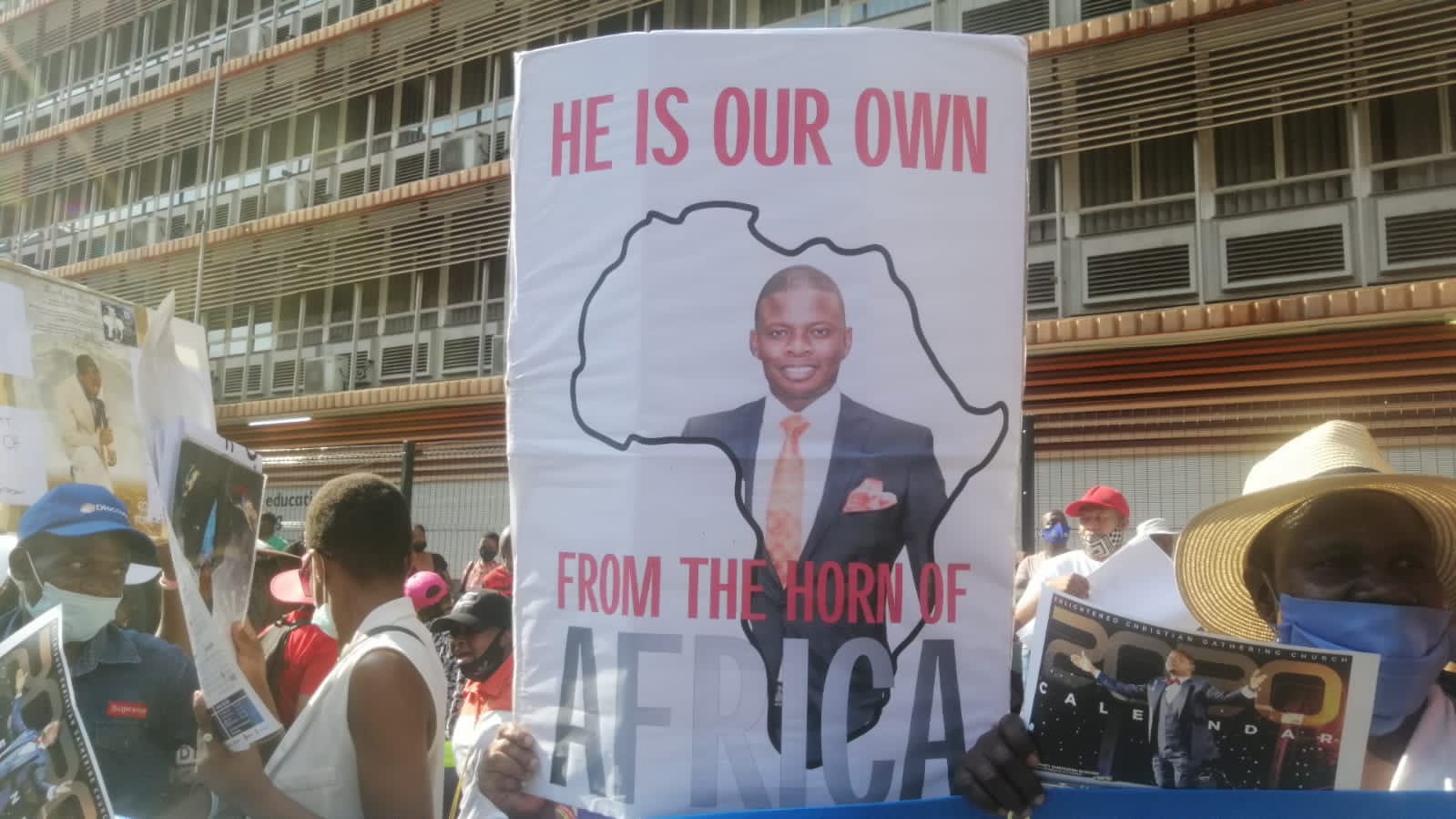 File: Shepherd Bushiri's spokesman said he had vowed to present himself to the Malawi police to demonstrate "commitment that he is not a fugitive." eNCA/Tshego Moagi

LILONGWE - Shepherd Bushiri and his wife Mary handed themselves over to police in his native Malawi on Wednesday.

"The prophet and his wife handed themselves over to the police ... (in Lilongwe on) Wednesday, November 18, 2020 when they got wind of their impending arrest," police spokesman James Kadadzera said in a statement.

READ: Shepherd Bushiri hands himself over to Malawian authorities

He said Bushiri had vowed to present himself to the Malawi police to demonstrate "commitment that he is not a fugitive."

"He is in Malawi to seek justice, which he believes he cannot be accorded in South Africa," Nyondo said.

Bushiri, who made his wealth through donations from followers of his Enlightened Christian Gathering church in Pretoria, claims that he fears for his life in South Africa.

READ: Bushiri: I'm not running away from my trial

The mogul has huge investments in the mining, telecommunications and luxury sectors.

South African authorities, which are grappling to establish how he left the country, have initiated legal proceedings to secure his extradition.