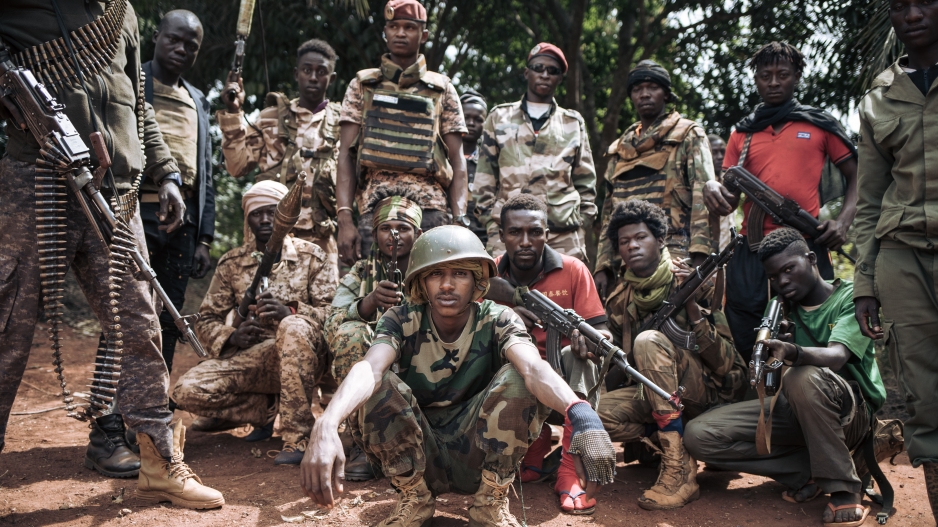 On January 3, 2021, the city of Bangassou was attacked by hundreds of CPC militiamen, causing tens of thousands of people to flee into the bush and neighbouring DR Congo. Since the end of December 2020, the rebel coalition has taken control of the main roads and several of the country's major cities.
ALEXIS HUGUET / AFP

Bossembele, around 150 kilometres northwest of the capital Bangui on a vital road artery, had been retaken on Tuesday by "elements of our armed forces and the allies", Firmin Ngrebada wrote on Twitter.

By "allies", the CAR government usually refers to Rwandan troops and Russian paramilitaries.

Bossembele was one of the jumping-off points for armed rebel groups in an offensive launched against the capital in December, as they banded together under the name Coalition of Patriots for Change (CPC) to try and prevent the re-election of President Faustin Archange Touadera.

Eight years into a civil war, rebels control around two-thirds of the CAR's territory, with many districts unable to hold the December 27 ballot when Touadera was re-elected in the first round.

But the presence of the 12,000-strong, well-armed and -equipped UN peacekeeping force, MINUSCA, has kept the CPC far from the capital, alongside hundreds of Rwandan troops and Russian paramilitaries sent to shore up the country's ragged army.

In fact, the UN troops "had and still have forces in Bossembele," which managed to "block attempts to move on towards Bangui" along the highway, MINUSCA spokesman Abdoulaziz Fall told AFP.

The situation in the town remains precarious, however, with "armed elements wearing civilian clothes, not necessarily in the town... (and) sometimes mixed in among the population", he added.

With three major roads and the CAR's natural resources under rebel control, prices have risen in Bangui as freight from neighbouring countries is blocked, with the UN saying rebels are attempting to "throttle" the capital.

Some 1,500 trucks are stuck at the country's western border with Cameroon, and the army offensive under way since last month is aimed at restoring road traffic.

The UN says more than one-third of the CAR's population, or 1.9 million people, endure high levels of food insecurity in one of the world's poorest countries.