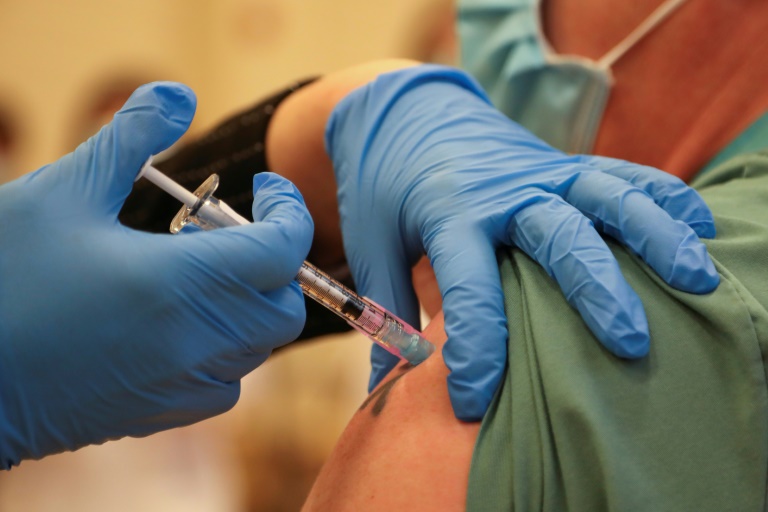 Produced by the US pharmaceutical giant's subsidiary Janssen, it is the first single-dose COVID-19 vaccine to be authorized in this country, and has been cleared for use by people over 18 years of age.

READ: Don't waste the hope of vaccines, warns WHO

The United States greenlit its use February 27 while the European Medicines Agency is set to decide whether or not to permit its use in the European Union next week.

At the same time, Canadian Prime Minister Justin Trudeau said Pfizer was moving up deliveries of its vaccine that will increase from six million to eight million the total number of doses delivered in March.

"To people watching at home right now who are looking forward to getting their shot, your turn is coming. Millions of doses are on the way. Deliveries have been ramping up and they'll ramp up even more in April," he told a news conference.

Ottawa has ordered up to 38 million doses of the Johnson & Johnson vaccine, which can be stored at refrigerated temperatures from two to eight degrees Celsius, making distribution easier than some others.

While the J&J vaccine is not as protective as Moderna and Pfizer, the comparisons are not quite like-for-like, because those trials reported results before newer, more transmissible mutations of the virus became dominant in some parts of the world.

"We concluded that there was strong evidence that showed that the benefits of this vaccine outweigh the potential risk," Health Canada chief medical officer Supriya Sharma said, adding that its evaluation will continue as it is rolled out.

"The thing that has sort of threatened us the most about COVID-19 is its ability to kill. All of the vaccines, for all intents and purposes, quash that," she added.

Heddging bets, Ottawa has ordered or reserved a total of more than 400 million doses of vaccine from seven suppliers for a population of 38 million.

This is "the best portfolio of vaccines of any country in the world, with more doses per capita than any other country," Trudeau has said previously.

COVID-19 in SA: Professor Karim reflects on the past year

Yet Canada ranks behind dozens of countries in vaccination rates, its push to inoculate citizens having stalled in February over supply disruptions.

The prime minister pledged that all Canadians would be inoculated by September, but so far only about four percent have received at least one shot.

And pressure has been mounting on his minority Liberal government to get it back on track.

Procurement Minister Anita Anand said 36.5 million doses from the four suppliers approved so far would be delivered by the end of June, rising to 117.9 million by the end of September.

Health officials are expected to also announce in the coming weeks a decision on Novovax's vaccine candidate -- the only other pharmaceutical firm to have submitted an application for approval to date.

Only the Pfizer vaccine has been approved for use in youths 16 years or older. Officials said clinical trials in younger children are underway or planned for several of the vaccine candidates.

As of Friday, Canada has reported more than 878,000 cases of the coronavirus and over 22,000 fatalities.