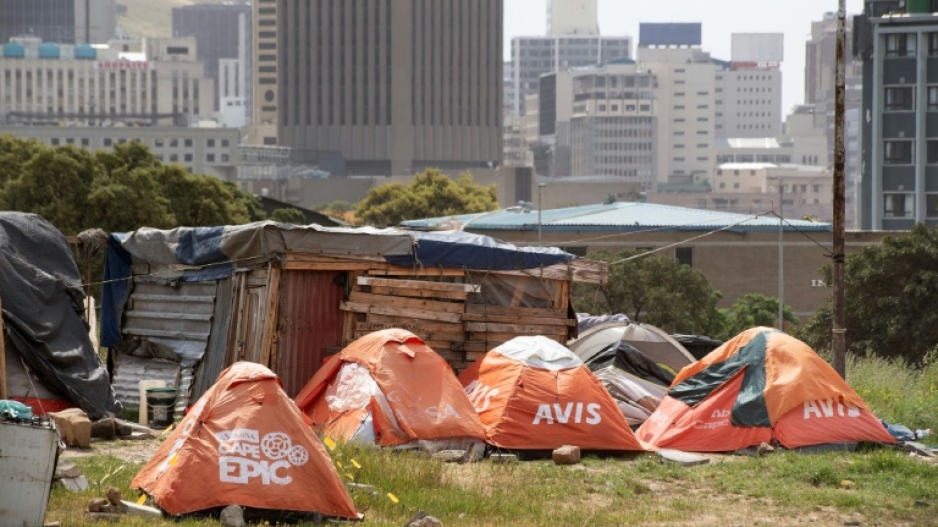 Life on the fringe: Tents housing homeless people on the edge of Cape Town. AFP/Rodger Bosch

CAPE TOWN - It's a stormy morning, and a line of trucks is rumbling towards a Cape Town bridge.

Suddenly awake, a group of homeless people leap to their feet and hastily assemble their few belongings, tattered tents flapping in the wind.

A "clean-up operation" is underway.

Such scenes are all too familiar in a city that prides itself on its natural beauty -- an image underpinned by harsh anti-vagrancy policies rooted in colonial-era laws.

But now the city's homeless are fighting back in court.

Represented by the Ndifuna Ukwazi law centre, a group last month won a court ruling that found the city was misusing its laws to "criminalise the poor".

"We are not animals, we are human beings just like them," said an elderly woman with a limp who only gave her first name, Ruwaidah.

In September, Ruwaidah was evicted and fined R300 for blocking traffic by sleeping rough in District 6, a historic neighbourhood that's synonymous with South Africa's history of forced relocations.

Once a thriving mixed-race community, the apartheid government bulldozed much of District 6, declared it for whites only, and forced residents into townships on the other side of the iconic Table Mountain.

The latest removals have revived memories of that dark past, and forced the city to look at its modern reality: Richer, and whiter, neighbourhoods with lush parks on one side of the mountain. Poorer, and browner, townships plagued by gang violence on the other.

"Cape Town has a streets bylaw that makes it a crime to be homeless... to sleep in public places... to sit and lie down in a public park," said Jonty Cogger, an attorney for Ndifuna Ukwazi.

A visible surge in homelessness since Covid hit has only hardened attitudes.

The city earlier this year circulated a controversial, strongly-worded survey on social media to collect public complaints about "street people". 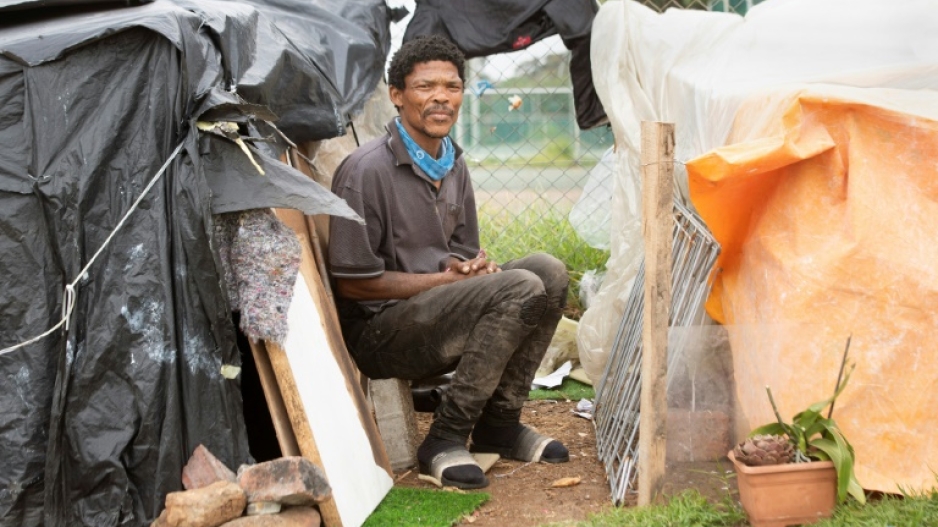 Aubrey Engelbrecht, one of a group of homeless people living next to tennis courts in Cape Town's upmarket beachfront area of Greenpoint. AFP/Rodger Bosch

In September, bylaws were amended to allow police to arrest a homeless person for refusing to go to a shelter.

But Ndifuna Ukwazi estimates that shelters have just 2,500 beds, while the city has 14,000 people living on the streets.

Many have given up on shelters, saying they wait for hours only to be turned away.

"To close that gate and to see six women walking away, looking for another space to sleep, that's one of the hardest things," said Edmund Martis, who manages a shelter.

"The city has a responsibility to make sure that our parks, our public open spaces... are available for every single resident," said city official Zahid Badroodien.

"If you urinate in public, if you make a fire... block public throughfares, disallowing individuals to benefit from public spaces, then you are violating the by-laws," he told AFP. 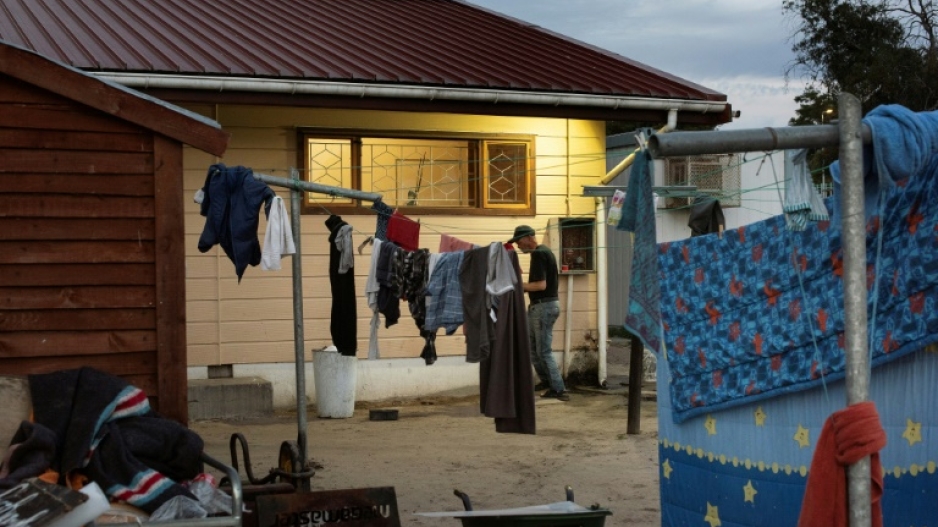 But in a landmark ruling last month, a regional high court declared the District 6 eviction unlawful and accused municipal authorities of misusing bylaws to "criminalise the poor."

The city is appealing the judgement.

"It is a precedent setting case," Cogger told AFP. "It is now more likely that comparable cases would come to the same outcome."

The evicted tennis court residents have also challenged the City in court.

They tentatively returned to the site last month with printed copies of the ongoing case, hoping they too will be allowed to stay.

"We were like a family until law enforcement came," said Sean Evert, a slim soft-spoken man who became homeless during the pandemic and shares a tent with his brother.

"I don't think a shelter is the solution for us."

- by Saawmiet Moos and Sofia Christensen in Johannesburg