Carnival Cruise halts most departures from US ports 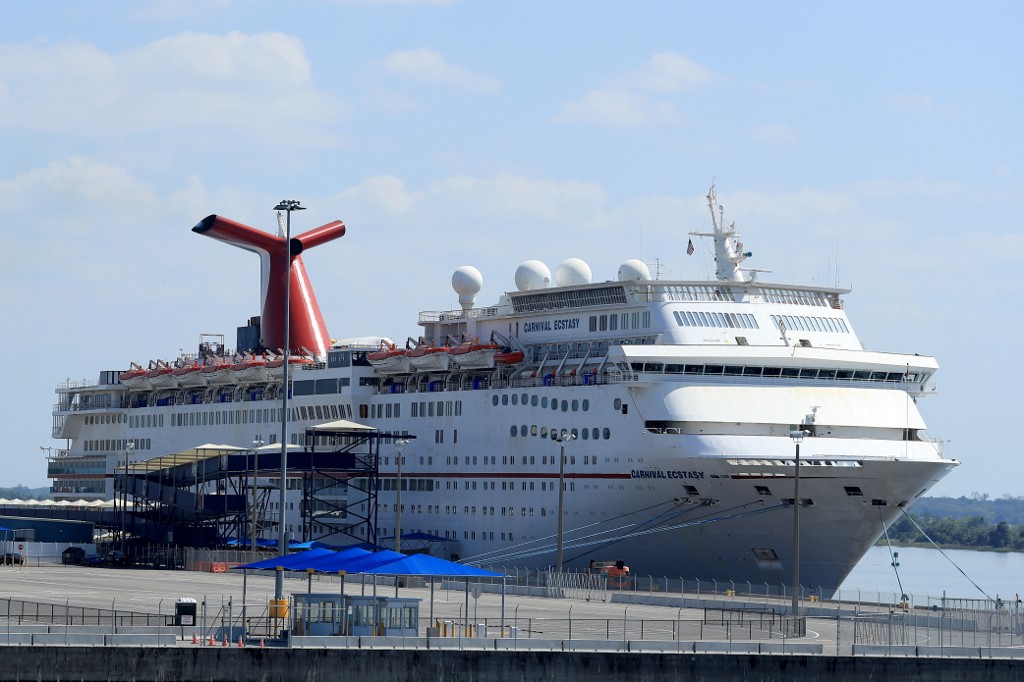 FILE: Carnival Cruise Line's Carnival Ecstacy cruise ship is docked at the Port of Jacksonville amid the Coronavirus outbreak on March 27, 2020 in Jacksonville, Florida.

NEW YORK - The Florida-based Carnival Cruise Line on Thursday said it was canceling the majority of its cruises departing from US ports up to the end of the year.

The exceptions are cruises departing from the ports of Miami and Port Canaveral, both in Florida.

Carnival made the announcement following a decision by the US Centers for Disease Control and Prevention (CDC) "to extend its no-sail order" to ships carrying at least 250 passengers, the company said in a statement.

"We continue to work on protocols and procedures that would allow for the resumption of cruise operations, with a gradual phase-in approach, designating Miami and Port Canaveral as the first two homeports for embarcation," Carnival said.

The Carnival Cruise Line entirely halted operations in mid-March as the novel coronavirus pandemic began to spread at a rapid pace.

Carnival set in place new rules to prevent contaminations, such as taking the temperature of passengers and strengthening cleaning procedures.

Other cruise lines within the Carnival group have postponed their return to service, such as the leading British line, P&O Cruises, which does not plan to resume cruises before 2021.

However another member of the Carnival group, Italy's Costa Cruises, began services in September after a five month pause.