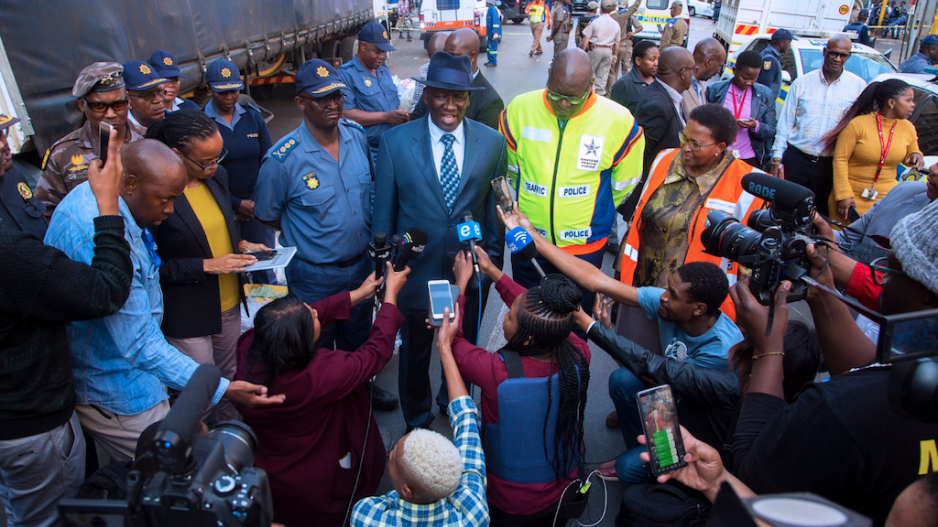 The Gauteng government and the police ministry have vowed to rid Johannesburg CBD of crime.

According to police, Cele will meet with leaders of the affected areas such as Izinduna from the Denver and Cleveland hostels where many of the looters are believed to come from.

“We need a multi-pronged approach to deal with this violence, I want to see an engagement of the communities by the Gauteng Premier and provincial political structures to find an end to this criminality.”

Over 90 people have been arrested for looting shops and damaging property in Johannesburg and surrounding areas.

Police Minister Bheki Cele has arrived in the Johannesburg CBD after chaos erupted on Monday.