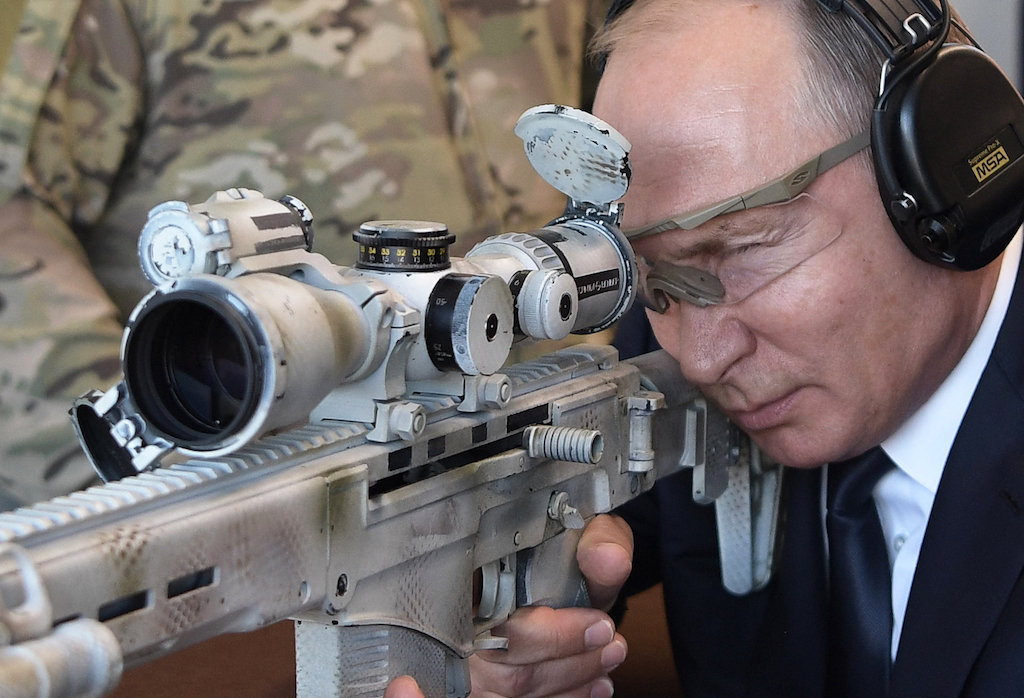 The request came at a major summit in the Russian resort city of Sochi, as the Kremlin seeks to revive its influence in Africa.

"Heavy weapons are necessary for us to create effective forces," Touadera said in a face-to-face meeting with Putin, in which he thanked the Russian leader for earlier military support and training.

"Armed groups get heavy weapons by circumventing the (international arms) embargo and that is why we cannot control the territory of the whole country," he said.

Touadera asked Russia to "intervene" on the embargo.

In the Central African Republic, a struggling population faces brutal violence from armed groups despite a peace pact signed this year and promises of security from the Kremlin.

Putin last year surprised the West by a string of high-profile moves that strengthened Russia's influence in the Central African Republic, an extremely poor but strategic country that has traditionally had close ties to France, the former colonial power.

Russia sent military trainers to the Central African Republic's beleaguered armed forces, a senior aide to advise the president and mercenaries to provide his security, and offered to mediate between the government and the country's many rebel groups.

On the economic front, the Russian mining company Lobaye Invest was given a licence for several concessions in the Central African Republic, a country rich in gold and diamonds.