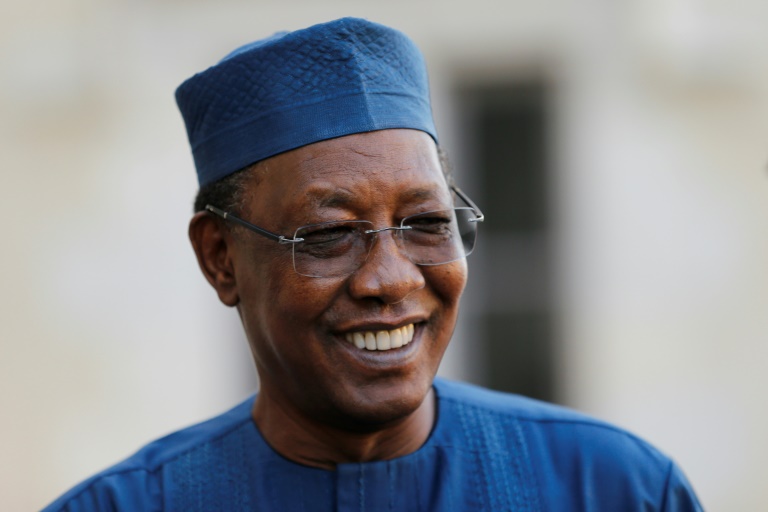 File: Idriss Deby Itno at a Sahel summit in the French city of Pau in January last year. AFP/Pool

N'DJAMENA - Chad headed into presidential elections on Sunday in which Idriss Deby Itno, the country's ruler for the last three decades, looks assured of a sixth term.

A key ally in the West's anti-jihadist campaign in the Sahel, Deby is frontrunner in a six-candidate race without major rivals after a campaign in which demonstrations were banned or dispersed.

Chad has struggled with poverty and instability since gaining independence from France in 1960.

Its leader, Deby, is a former rebel and career soldier who seized power in a coup in 1990 and has twice, with French help, thwarted attempts to oust him.

Other candidates include Albert Pahimi Padacke, a former prime minister under Deby, and Felix Nialbe Romadoumngar -- officially "leader of the opposition" as his URD party has eight seats in the National Assembly.

Lydie Beassemda, a former minister of agricultural production, is the first woman to run for president in Chad's history.

She is pitching her campaign on federalism, in a country where ethnic rivalry is common, and on women's rights, in a culture where patriarchal domination is entrenched.

But seven other candidates were rejected by the Supreme Court and three withdrew, including longtime opposition politician Saleh Kebzabo, who quit in protest over violence by the security forces.

Weekly protest marches urging a peaceful transfer of power have been banned or forcefully dispersed.

Human Rights Watch (HRW), Amnesty International and UN Secretary General Antonio Guterres are among those who have voiced criticism.