Challenger Usyk 'jumping in at the deep end', says Joshua 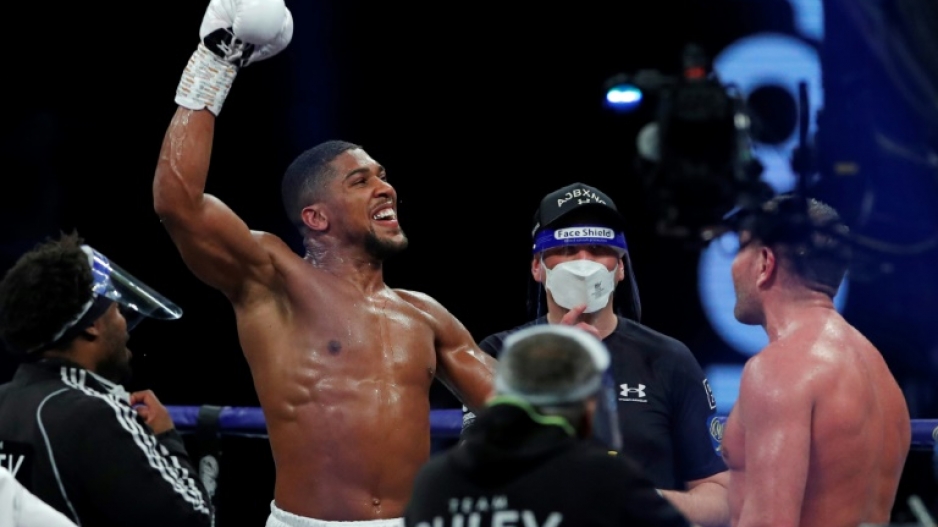 LONDON - British world heavyweight champion Anthony Joshua praised Oleksandr Usyk for being bold in challenging him for his belts after just two bouts at the weight.

Joshua is set to face World Boxing Organization (WBO) mandatory challenger Usyk in London on Saturday, with a crowd of some 60,000 expected at Tottenham Hotspur Stadium, the home of the Premier League club.

Usyk -- who moved up to heavyweight in 2018 after being undisputed cruiserweight world champion -- beat Chazz Witherspoon in 2019 before easing to a points win last November over veteran Derek Chisora.

"When (Evander) Holyfield came up to heavyweight I think he had six fights at heavyweight before he fought for the championship belt," said Joshua.

"Usyk's fought two heavyweights. He's jumping in at the deep end early on.

"But good luck to him - he must believe in himself. He wants to be at the top end early. It's better to swim deep -- get in there and get on with it -- rather than tread water.

"You could still end up drowning anyway. You could still get caught in a current and drown. You might as well jump in the deep end and try to survive."

Joshua, at 31 three years younger than his fellow 2012 Olympic champion, is likely to weigh in on Friday a stone heavier than Usyk.

"I've been doing a lot of sparring to be honest, which is also physical: pushing, shoving, defending," said Joshua.

"I've been doing heavy bag work so maybe I'm just shedding a lot of the weight."

Joshua needs to beat Usyk to keep alive the bout that most boxing fans want to see above all else -- the all-British clash with fellow world heavyweight champion Tyson Fury.

That is also dependent on World Boxing Council (WBC) champion Fury successfully coming through a third bout with American Deontay Wilder in October.

However, although Joshua will be favoured to see off Usyk he says the bout will not be won on who is physically more impressive but who wins the battle of the minds.

"Advantages physically is one thing but it doesn't make the world's tallest man the heavyweight champion of the world," said Joshua.

"You have to have the mental capacity to do what you do. He's coming to the ring confident, and so am I.

"In boxing, you have to be aggressive and beat that confidence out of your opponent.

"It's easy to watch on YouTube and watch from the outside but until you're in front of someone it's then a completely different ballgame.

"This is heavyweight boxing and I'm the heavyweight champion of the world. I don't play games. I'm here to win."