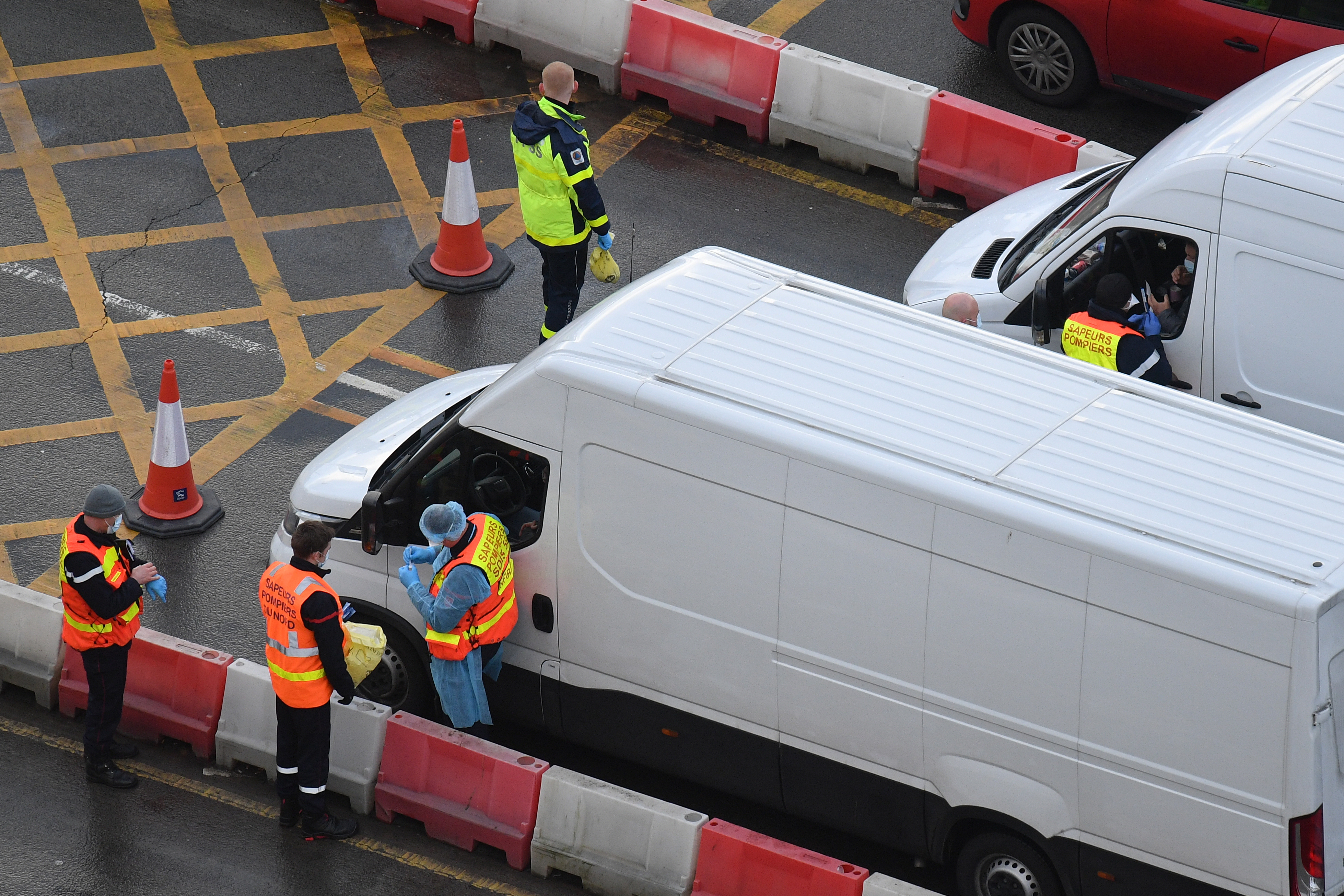 Members of the French Fire Service carry out covid-19 tests on lorry drivers close to the entrance to the Port of Dover, in Dover on the south-east coast of England, on December 24, as the COVID-19 testing of drivers queueing to depart from the ferry terminal to Europe continues. Justin Tallis/AFP

CALAIS , France - Hundreds of lorries arrived at the French port of Calais on Friday as authorities scrambled to ease a bottleneck in Britain, where thousands of drivers have been stuck for days because of tougher coronavirus rules.

"Yesterday, we had 1,000 lorries cross over from Dover. As of 10:00 am we already had 550 lorries from Britain," Benoit Rochet, head of the Calais port operator, told AFP.

"At this rate, the situation should be completely taken care of by tomorrow," he said.

The port decided to remain open despite the Christmas holiday so that ferries as well as the trains bringing trucks through the Channel Tunnel could operate.

Getlink, the Eurotunnel operator, said 478 trucks had arrived in Calais by 11:00 am, after 1,942 were brought over Thursday.

Most of the drivers headed straight for the highway, according to an AFP journalist at the scene.

Truckers were stranded in southeast England after France halted all travel from Britain on Sunday for 48 hours in a bid to prevent a new strain of coronavirus, which experts feared could spread even faster, from reaching its shores.

The move created a massive logjam with up to 10,000 trucks parked along highways as well as the runways of the Manston airfield, according to EU transport commissioner Adina Valean, who criticised the French government's decision.

Drivers fumed at having to spend Christmas in their cabs away from their families with only minimal toilet facilities, because they were unable to get Covid-19 tests that must be negative to be allowed into France.

Twenty-five French firefighters were again dispatched to Dover on Friday to help carry out tests, following a first team sent over Thursday.