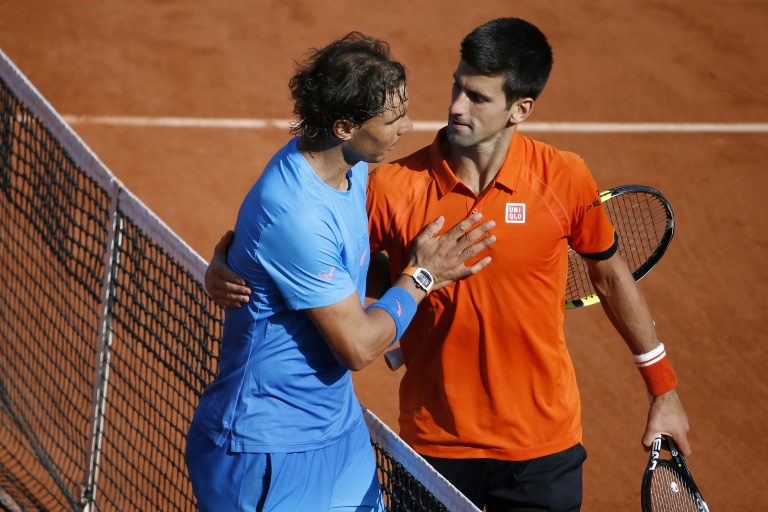 That was then: Nadal and Djokovic after the 2015 quarter-final

PARIS - Novak Djokovic and Rafael Nadal clash for the 58th time on Friday on the same court where they first met 15-years ago with a place in the French Open final at stake.

It is tennis's greatest modern rivalry between two men who have harvested 38 Grand Slam titles and 72 Masters between them.

Djokovic has spent more weeks at world number one than any other player while 13-time French Open winner Nadal has not been out of the top 10 in 16 years.

Nadal will start Friday's semi-final as favourite, buoyed by his record of 105 wins and just two losses in his Roland Garros career.

Djokovic hasn't beaten Nadal on the surface since Rome in 2016.

He can, however, boast being one of only two men to have defeated Nadal in Paris, in the quarter-finals in 2015.

"It's a well-anticipated semi-final and here we are," said Djokovic of a rivalry which started on Court Philippe Chatrier in 2006.

"We had some battles over the years on this court."

Nadal defeated 2016 champion Djokovic in straight sets in last year's final, the Serb's third loss in the championship match in Paris to the Spaniard.

There is plenty at stake on Friday as the two rivals close in on Sunday's final.

Djokovic can win a 19th Slam and become the first man since Rod Laver in 1969 to win all four Slams twice.

Victory for Nadal would give him a record-setting 21st major, breaking a tie with Roger Federer.

"The vibes are different walking on the court with him," added Djokovic. "But that's why our rivalry has been historic."

It's been a topsy-turvy tournament for Djokovic.

After racing through the first three rounds, he had to come back from two sets down to defeat Italian 19-year-old Lorenzo Musetti.

In the quarter-finals, he dropped the third set against Matteo Berrettini.

With the exception of a second-set blip in the quarter-finals against Diego Schwartzman, Nadal has reached his 14th semi-final relatively unscathed.

But despite his clay court stranglehold on Djokovic, Nadal isn't getting too far ahead of himself.

"It is a semi-final, not a final. That's a big difference," he said. 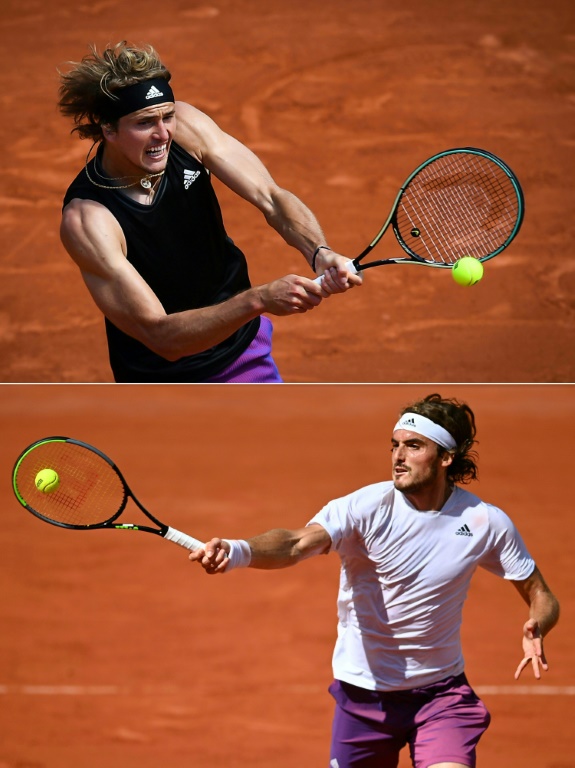 They have met seven times but just once on clay in Madrid in 2019 when Tsitsipas triumphed.

The 22-year-old Tsitsipas is in his third successive semi-final at the Slams and took Djokovic to five sets in the last four at Roland Garros in 2020.

He arrived in Paris with clay-court titles this year in Monte Carlo and Lyon and had a match point to beat Nadal in the Barcelona final.

"I feel privileged that I'm in this position (of reaching three Slam semis). I've put in a lot of daily hard work and that has been a key element of me being here," said Tsitsipas.

"But you know, my ego tells me I want more."

Zverev is in his first semi-final at Roland Garros having almost fallen at the first hurdle against 152nd-ranked compatriot Oscar Otte.

"It's nice that I didn't play Rafa or Novak in the quarter-finals," admitted Zverev.

"I think playing Rafa here in the finals, for example, is even worse. It's even more difficult. But I also got to get there first."

Whoever makes it to Sunday's final will have their work cut out.

Tsitsipas is 2-7 against Nadal and 2-5 playing Djokovic.

Zverev is 3-6 when taking on Nadal and 2-6 facing Djokovic.