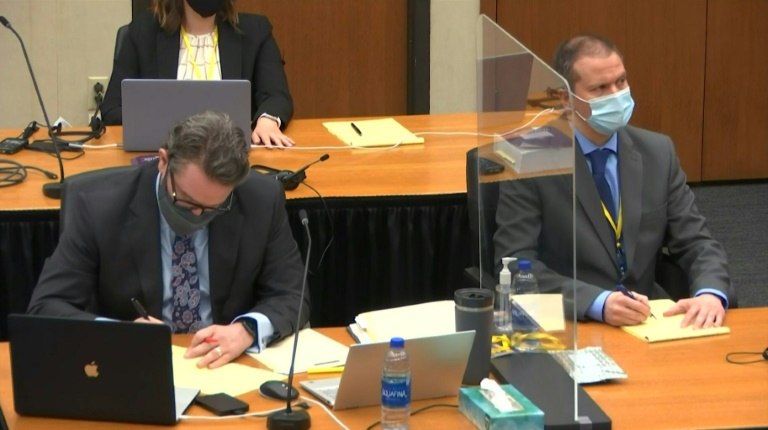 MINNEAPOLIS - Former Minneapolis police officer Derek Chauvin said that he would not testify at his murder trial for the death of George Floyd.

The prosecution and defence in Chauvin's trial rested on Thursday after the state called a final witness and Chauvin said he would exercise his constitutional right against self-incrimination.

"Is this your decision -- not to testify?" the judge asked the former police officer, who was wearing a grey suit with a dark blue shirt and dark blue tie.

"It is, your honour," Chauvin said.

The 45-year-old Chauvin was recorded kneeling on the neck of the 46-year-old Floyd for more than nine minutes during his May 25, 2020 arrest in Minneapolis for allegedly using a counterfeit $20 bill.

A bystander video of the arrest went viral and sparked protests against racial injustice and police brutality in the United States and around the world.

Cahill gave the nine-woman, five-man jury a day off on Friday before closing arguments Monday.

The judge reminded the jurors that they would be sequestered for their deliberations and told them they should "plan for long and hope for short" when packing their bags.

Chauvin faces up to 40 years in prison if convicted of the most serious charge -- second-degree murder.

A 19-year veteran of the Minneapolis Police Department, Chauvin was fired from the force after Floyd's death.