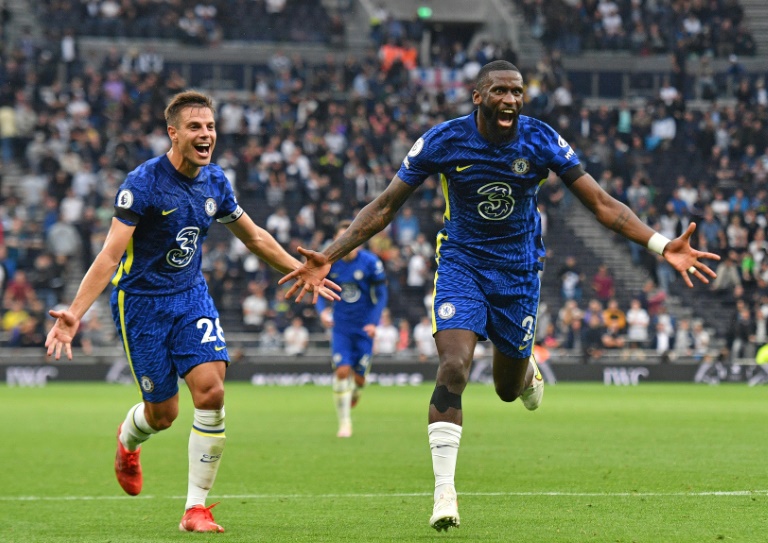 LONDON - Chelsea powered to the top of the Premier League with an impressive 3-0 win at Tottenham, while David de Gea saved a stoppage-time penalty to preserve Manchester United's 2-1 victory at West Ham after Jesse Lingard returned to haunt his old club on Sunday.

On an emotional day in north London, Chelsea and Tottenham paid tribute to their former striker Jimmy Greaves, who died aged 81 on Sunday.

In a moving tribute, several former Tottenham greats, including Greaves' old team-mate Martin Chivers, lined up on the touchline to join both teams and the 62,000 crowd in a minute's applause.

It was Chelsea who showed the predatory instincts that made Greaves Tottenham's record scorer with 266 goals in 379 appearances between 1961 and 1970.

Greaves started his career with a prolific spell at Chelsea and netted 44 times in 57 appearances for England, featuring in their 1966 World Cup-winning squad.

He would have admired the ruthless way Chelsea killed off their London rivals.

Thiago Silva put Chelsea ahead with a 49th minute header before N'Golo Kante netted with a long-range effort that deflected off Eric Dier eight minutes later.

Thomas Tuchel's unbeaten side sit top of the Premier League after winning four of their first five games, while Tottenham have suffered two successive top-flight defeats.

Chelsea have only conceded one league goal so far this season despite a tricky fixture list that featured trips to Liverpool, Tottenham and Arsenal.

"I was absolutely not happy with the first 45 minutes," Tuchel said. "I had the feeling we wanted to impress by pure skills.

"In derbies like this it is not always about just skills. It is about aggression and winning duels

"We spoke clearly about it at half-time. In the second half it was a very good performance and a deserved win."

There was still time for heart-stopping drama when VAR ruled United defender Luke Shaw had handled the ball in the area.

Moyes sent on club captain Mark Noble to take the spot-kick but De Gea leapt to his left to keep it out, prompting wild scenes of celebration from the United players when the final whistle blew seconds later. 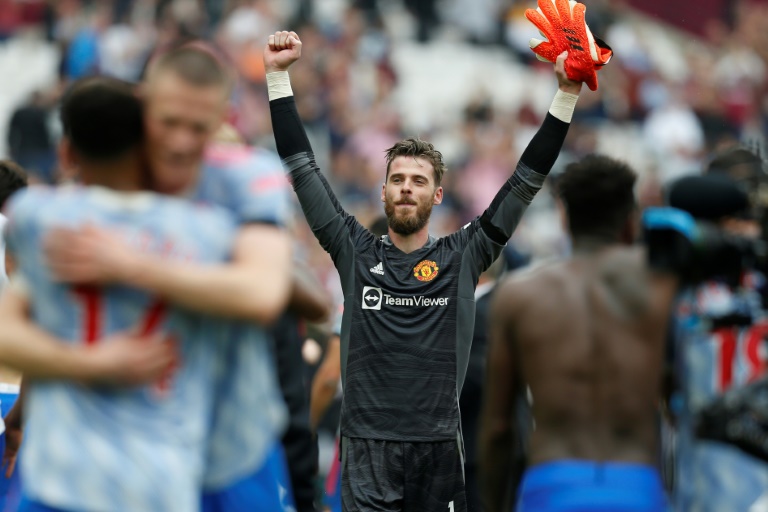 It was the United keeper's first penalty save since April 2016, ending a run of 40 successive spot-kicks faced for club and country without a save, including shoot-outs.

Lingard's goal was welcome redemption for the England forward, whose woeful back-pass gifted Swiss side Young Boys a 2-1 Champions League win against United in midweek.

"I had a good time at West Ham but I have to move on and do my best with Man United," Lingard said after securing his side's fourth win in five league games this term.

West Ham took the lead in the 30th minute when Said Benrahma's effort from the edge of the box took a huge deflection off Raphael Varane and completely wrong-footed De Gea.

The goal galvanised the visitors and they were level just five minutes later, with Cristiano Ronaldo poking the ball past Lukasz Fabianski after the goalkeeper had saved his initial shot following a Bruno Fernandes cross.

It was Ronaldo's fourth goal in three games since the Portugal star's return to United from Juventus. 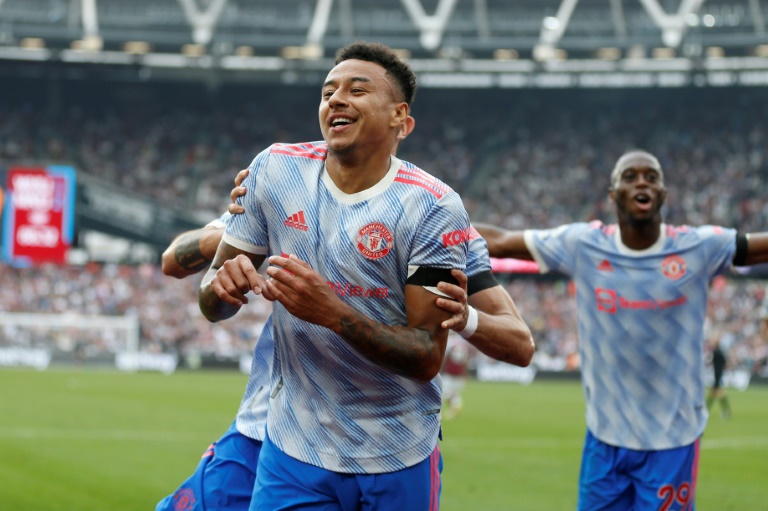 After the dramatic finale, Moyes defended his decision to hand penalty duties to Noble, usually rock-solid from the spot.

"We got a penalty kick and I have one of the best penalty takers in the Premier League and Europe," he said.

"I think if I hadn't made the decision I'd have been more annoyed with myself."

Neal Maupay scored a first-half penalty and Brighton doubled their lead through Danny Welbeck early in the second half.

Jamie Vardy scored his 150th goal in all competitions for Leicester but it was not enough to rescue a point.