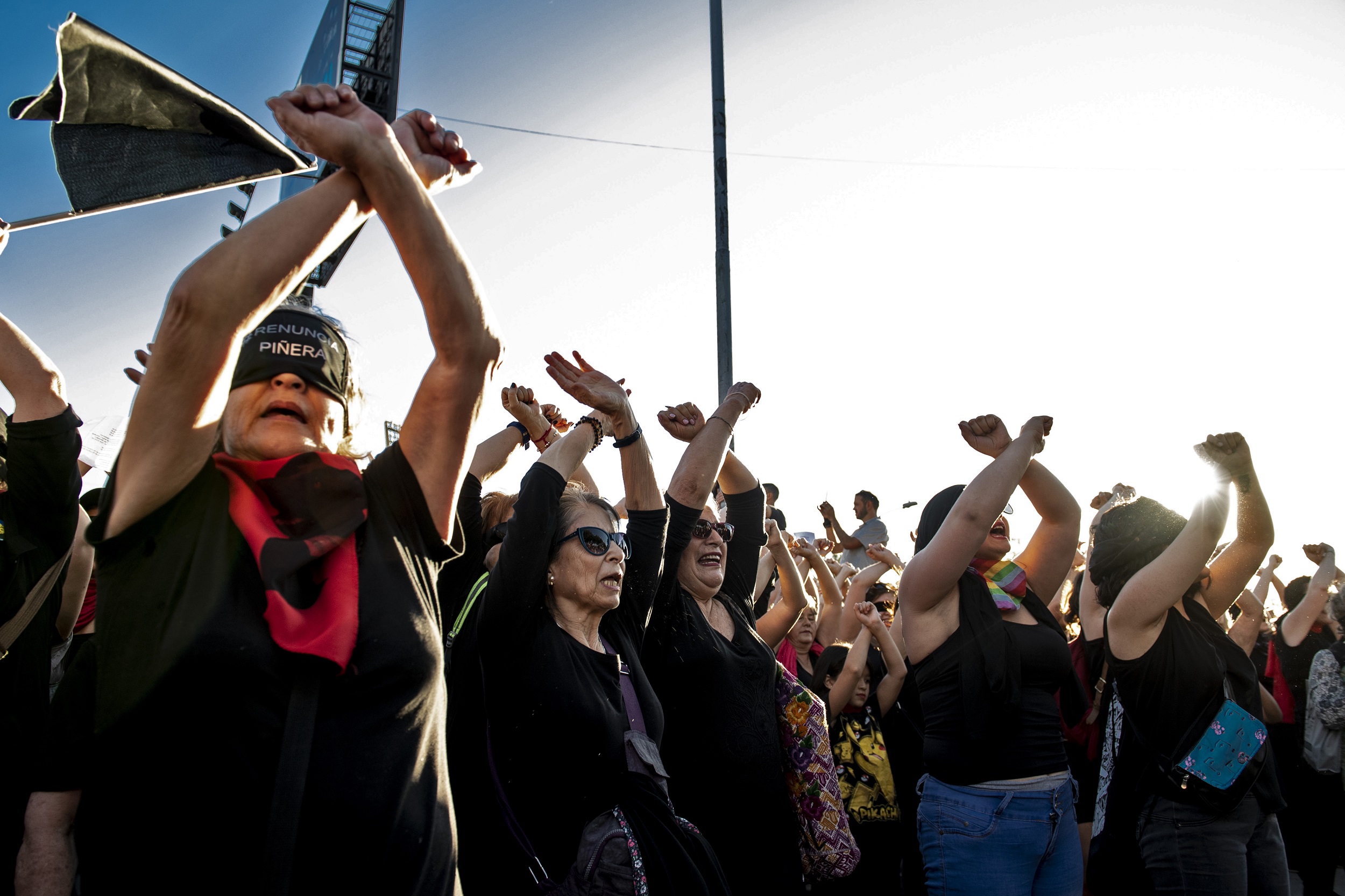 Activists take part in a choreographed performance against gender violence, patriarchy and denounce an oppressive state in Santiago.

SANTIAGO - Thousands of women have mobbed the National Stadium in Chile's capital for a flash denunciation of sexual violence -- the latest performance of a battle-cry that has seized public attention during weeks of national unrest.

Women of all ages from around Santiago, dressed in black and wearing red scarves and blindfolds, converged on the sporting venue in the early evening after a call-out on social media networks.

"The fault is not with me, nor where I was, nor how I was dressed... The rapist is you!" the group sang, stomping their feet and waving their arms in a choreographed routine that has in recent weeks been staged around the country and around the world

Similar performances have been staged by women as far away as Paris, Barcelona and Mexico City.

"It was a great experience to share this with thousands and thousands of women," 66-year-old Jacqueline Saintard told AFP after Wednesday's demonstration.

First created by the feminist collective LasTesis, based in the Chilean seaside town of Valparaiso, the performance began to be emulated after reports of police violence against women and as countrywide demonstrations against the government gained steam.

More than 3,500 women were killed across Latin America and the Caribbean in acts of gender-based violence last year, according to UN data.