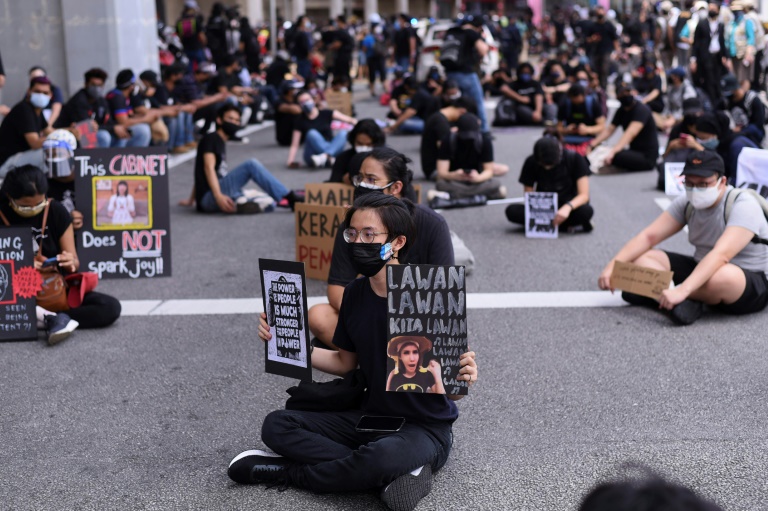 BEIJING - China and Australia ramped up Covid-19 curbs Saturday as Delta variant cases surged and tens of thousands rallied in France against restrictions designed to stop the pandemic.

The Delta variant, which was first identified in India, is forcing governments to reimpose tough measures, while other nations are reconsidering plans to open their economies.

The variant has spread to 132 countries and territories. The pandemic has killed more than four million people and shows no sign of slowing.

"Delta is a warning: it's a warning that the virus is evolving but it is also a call to action that we need to move now before more dangerous variants emerge," the World Health Organization's emergencies director Michael Ryan told journalists. 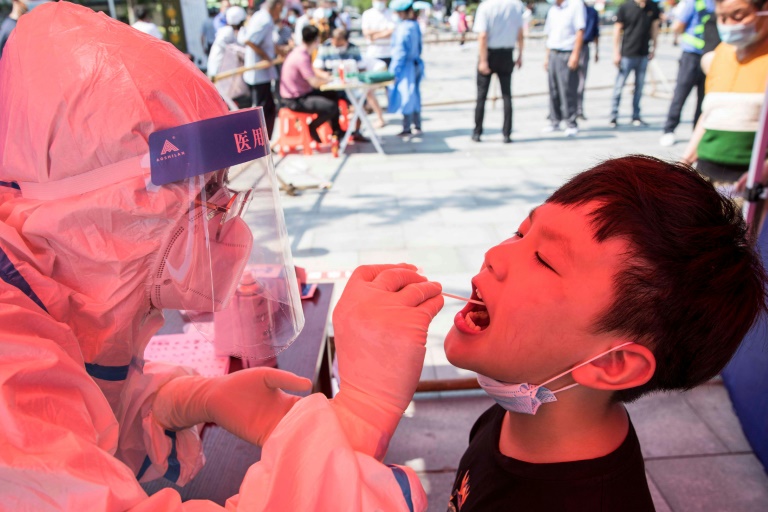 China's outbreak now spans 14 provinces, the most widespread in several months, challenging the country's early success in tackling the disease after it was first detected in the city of Wuhan in late 2019.

China has put more than one million people under lockdown and reinstituted mass testing campaigns.

"The main strain circulating at present is the Delta variant... which poses an even greater challenge to virus prevention and control work," Mi Feng, spokesman for the National Health Commission (NHC), said.

In Australia, where only about 14 percent of the population has been vaccinated, the third-largest city of Brisbane and other parts of Queensland entered a snap lockdown Saturday after six new cases were detected.

"The only way to beat the Delta strain is to move quickly, to be fast and to be strong," said Queensland's Deputy Premier Steven Miles, announcing three days of strict stay-at-home orders for millions.

The stop-start imposition of restrictions is taking its toll on weary populations.

"This government is... crippling the economy and also destroying our country's democracy," Karmun Loh, taking part in a protest in the Malaysian capital Kuala Lumpur, told AFP. 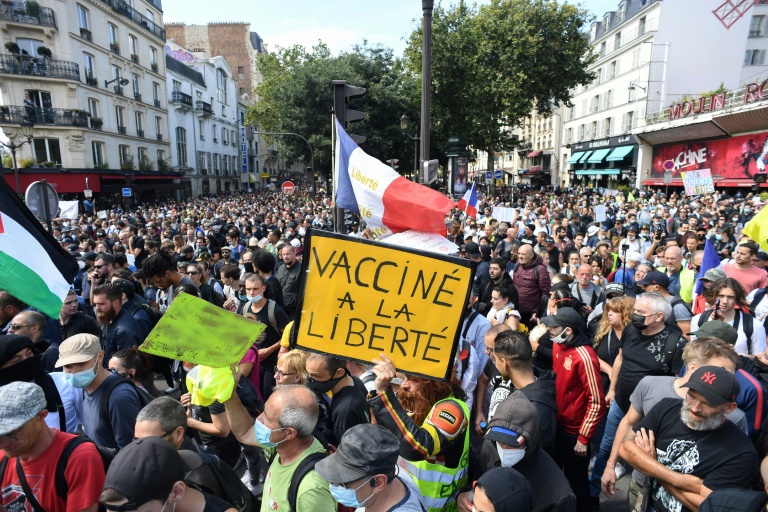 Tens of thousands protested across France for a third straight weekend

France meanwhile, has endured months of curfews and lockdowns only to enter a new era of "health passes" in July. Entry to cafes, restaurants and cultural venues are to be restricted to the vaccinated or those who can show they have been vaccinated or have a negative test.

More than 200,000 people protested across France Saturday for a third straight week, with angry confrontations.

Police in Paris used tear gas and water cannon and made several arrests. 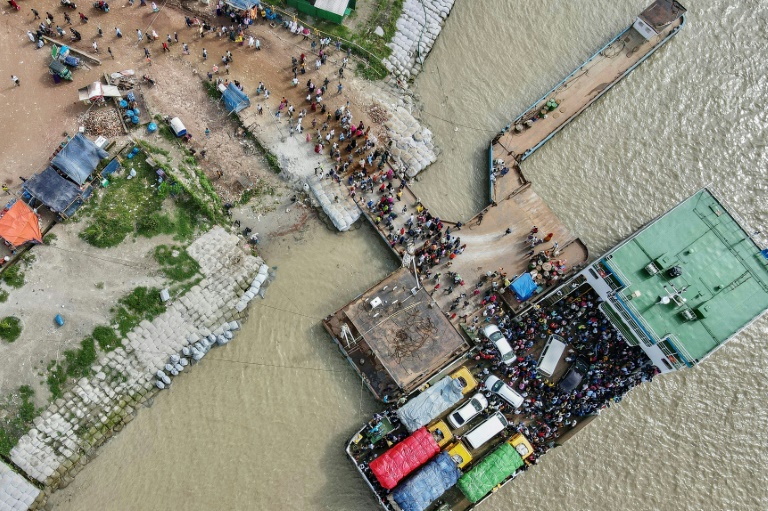 "I am neither a guinea pig nor a QR code," one protester wrote on a placard.

The French authorities meanwhile have reimposed restrictions in some of its overseas territories, where cases are surging, most recently in Martinique, La Reunion and French Polynesia.

Bangladesh eased curbs however despite a Delta surge, prompting hundreds of thousands of garment workers to rush back to major cities after the government said export factories could reopen from Sunday.

"Police stopped us at many checkpoints and the ferry was packed," said factory worker Mohammad Masum, 25, who left his village before dawn and walked more than 30 kilometres to get to the ferry port.

In Africa, official figures put the daily death toll at 1,000 a day on average over the last seven days: 17 percent up on the previous week and the highest recorded since the pandemic began. 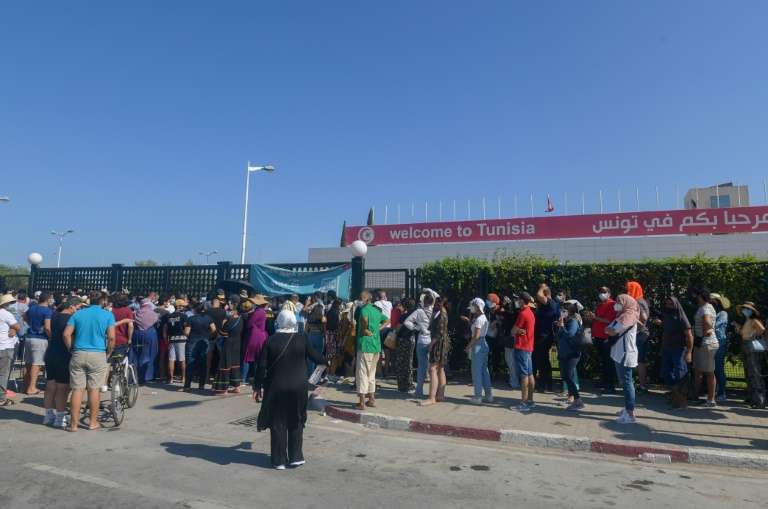 Tunisia has one of the worst death rates in Africa

Here, as elsewhere, the official numbers are  underestimates, as the World Health Organization has pointed out.

Rwanda however ordered the lifting of a lockdown on the capital Kigali and eight other districts even though Covid cases are still on the rise with the new measures running from August 1-15.

And Niger, one of the world's poorest countries, took delivery of 302,400 doses of the Johnson & Johnson vaccine donated by the United States.

'The war has changed'

Millions of Americans could meanwhile find themselves homeless starting Sunday as a nationwide ban on evictions expires.

President Joe Biden this week urged Congress to extend the 11-month-old moratorium, after a recent Supreme Court ruling meant the White House could not do so.

But Republicans balked at Democratic efforts to extend the eviction ban through mid October, and the House of Representatives adjourned for its summer vacation.

The latest analysis from the US Centers for Disease Control found that fully immunised people with so-called breakthrough infections of the Delta variant can spread the disease as easily as unvaccinated people. 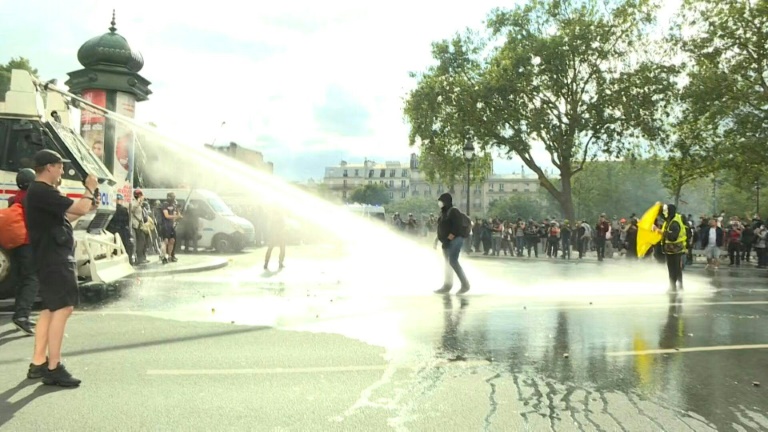 Paris: clashes on the sidelines of health pass demonstration

By Laurie Chen With Afp Bureaus