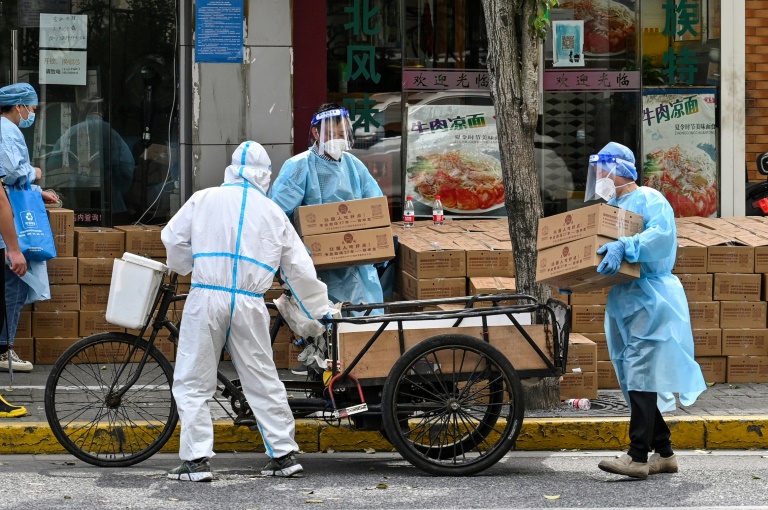 China is battling an economic slump due to prolonged virus lockdowns that have constricted supply chains, quelled demand and stalled manufacturing. AFP/Hector Retamal

BEIJING - China's premier called for greater "urgency" in rolling out measures to support the virus-battered economy, days after data highlighted the stark impact of Covid-19 restrictions.

China -- the last major global economy sticking to a rigid zero-Covid policy -- is battling an economic slump due to prolonged virus lockdowns that have constricted supply chains, quelled demand and stalled manufacturing.

"All localities and departments should step up their sense of urgency, and new measures that can be used should be used," Li Keqiang said at a symposium on Wednesday, according to state broadcaster CCTV.

He added that efforts to support the economy should bring it "back to normal quickly" after admitting that indicators have "weakened significantly" since March, with a particular dip in April.

On Monday, data showed retail sales and factory output last month had slumped the most since the start of the pandemic, while unemployment edged back toward its February 2020 peak.

The country's borders also remain closed to most foreign travellers and a slew of international sports events have been scrapped over pandemic concerns.

China has targeted full-year growth of around 5.5 percent, but data published in April showed that first-quarter growth slowed to 4.8 percent after the world's second-biggest economy lost steam in the latter half of last year.

And the economic targets have a political dimension for Chinese leader Xi Jinping, who is eyeing another term in power.

Xi has pinned his legacy to China's strong economic growth and winning the "battle" against Covid.

But the current outbreak is the country's worst since the virus emerged in Wuhan in late 2019, and the economy is beginning to weaken.