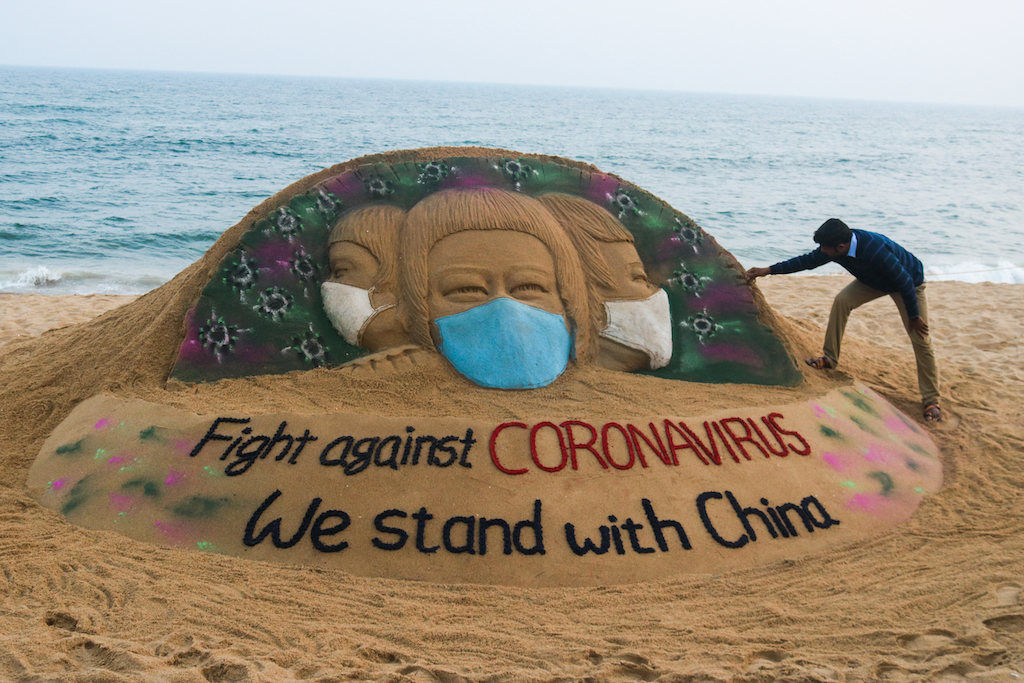 BEIJING - China's leadership on Wednesday touted "positive results" from efforts to contain the new coronavirus epidemic but warned it still faced a "large-scale war" against the outbreak as the death toll climbed past 1,100.

President Xi Jinping chaired a meeting of the ruling Politburo Standing Committee after figures showed that the number of new cases dropped for the second straight day, fuelling hopes the epidemic could peak later this month.

Xi said there were "positive results" but warned that the country "must not relax" its epidemic control efforts, according to state media, as authorities have kept tens of millions of people under lockdown.

China still faces a "large-scale war" and a "big test", said state broadcaster CCTV in a readout of the gathering.

Authorities said another 97 people had died in China, raising the national toll to 1,113, while more than 44,600 people had been infected by the newly named COVID-19 virus.

The number of people infected on a cruise ship off Japan, meanwhile, rose to 174 -- the biggest cluster outside the Chinese mainland.

The World Health Organization has called the epidemic a "very grave threat".

Most of the deaths and majority of cases have been in central Hubei province, whose capital, Wuhan, is the epicentre of the outbreak. Some 56 million have been placed under virtual quarantine in the province.

The epidemic has threatened to harm the world's second-largest economy, with ANZ bank warning that China's first-quarter GDP growth would slow to 3.2-4.0 percent, down from a previous projection of 5.0 percent.

It is also disrupting sporting and cultural events in China, with motorsport governing body FIA announcing the suspension of the Formula One Grand Prix in Shanghai that had been scheduled for April 19 due to the "continued spread" of the coronavirus.

But in a positive development, the number of new cases has fallen in Hubei for two straight days with some 1,600 reported, according to figures from the National Health Commission.