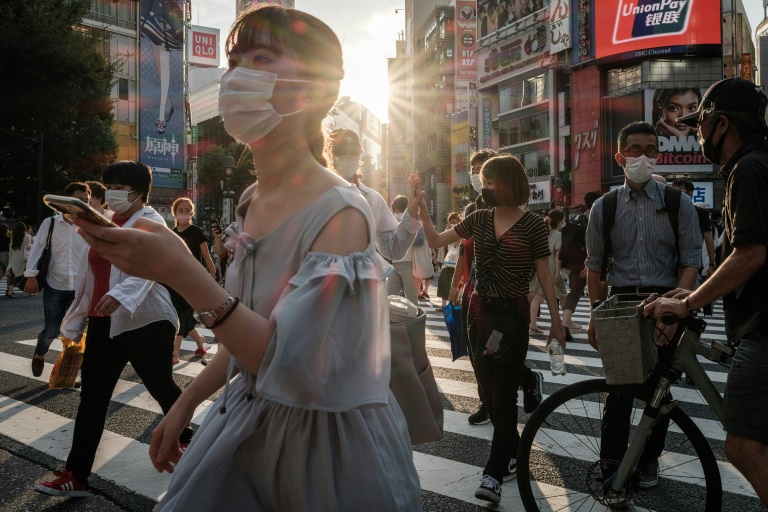 Japan extended a virus state of emergency after new cases topped 10,000 for the first time on Thursday

BEIJING - Hundreds of thousands of people in China were in lockdown on Friday as the country battled its worst Covid-19 outbreak in months, while Japan -- a week into the Olympics -- extended its state of emergency due to surging infections.

The average number of new daily cases globally jumped by 10 percent over the last week, according to an AFP tally, largely due to the highly contagious Delta variant, after slowing between late April and mid-June.

While the Asia-Pacific region has been hard-hit -- with Vietnam and Japan recording a 61 percent jump in daily cases -- Western countries are also facing surges, with the US and Canada seeing 57 percent more infections.

The World Health Organization has warned that the Delta variant, first detected in India, could unleash more outbreaks in a high-risk zone stretching from Morocco to Pakistan where vaccination rates are low. 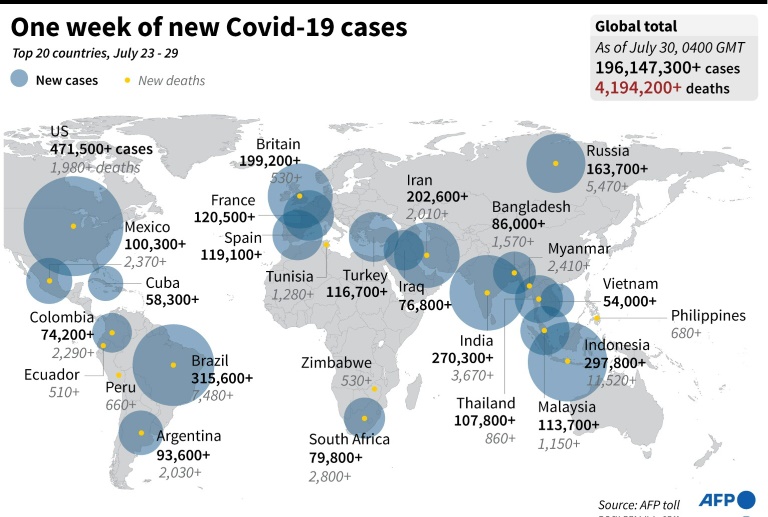 In China, a cluster of infections in Nanjing city linked to airport workers who cleaned a plane from Russia earlier this month had reached Beijing and five provinces by Friday.

Hundreds of thousands of people have been locked down in Jiangsu province, of which Nanjing is the capital, while 41,000 came under stay-at-home orders in Beijing's Changping district.

The Philippines, which has closed its airport to most international travel for months, will send more than 13 million people in the national capital region back into lockdown next week because of a Delta-linked increase, the government said Friday. 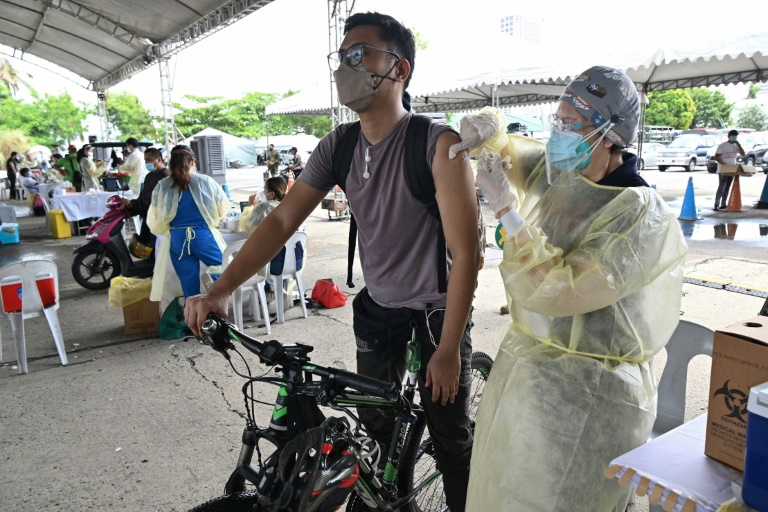 And Japan extended a virus state of emergency in Tokyo and expanded the measure to four more regions after new cases topped 10,000 for the first time on Thursday.

Japan's case figures remain small compared to many places, with 3,300 new infections reported in Tokyo on Friday, but experts say the medical system is already at risk of being overwhelmed with only around a quarter of the population fully vaccinated.

The record cases come as Tokyo hosts the Olympics, where organisers on Friday reported 27 new cases related to the event -- the highest daily figure yet.

Australia said it would not reopen borders and end lockdowns until vaccination rates reach 80 percent.

In Germany, the government tightened restrictions on unvaccinated people entering the country, "regardless of whether they come by plane, car or train", Health Minister Jens Spahn said.

Governments of other wealthy countries have amplified efforts to get more of their populations to accept jabs. 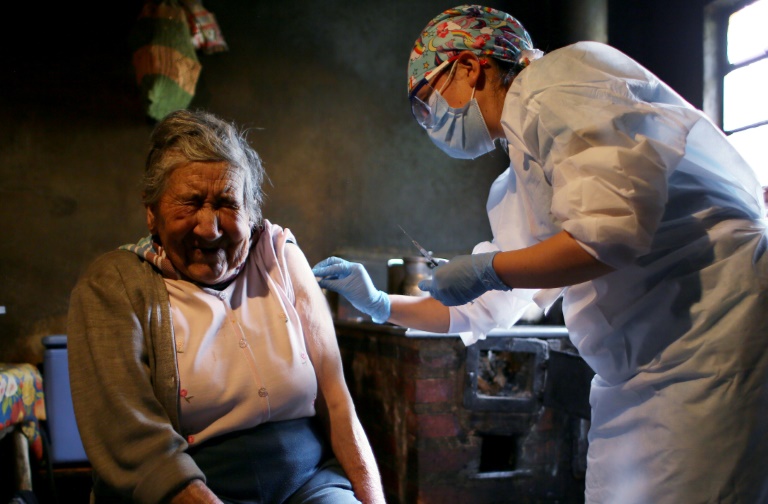 If she can do it... Ana Lucia Palacios receives a dose of Sinovac Covid-19 vaccine in Bogota

At a time when nearly 60 percent of Europeans have received at least one vaccine dose, the authors said their study showed the need to maintain non-vaccination measures until everyone is fully jabbed.

"Delta is a warning: it's a warning that the virus is evolving but it is also a call to action that we need to move now before more dangerous variants emerge," the WHO's emergencies director Michael Ryan said.

More than four billion doses of vaccines have now been administered across the globe, according to AFP data. 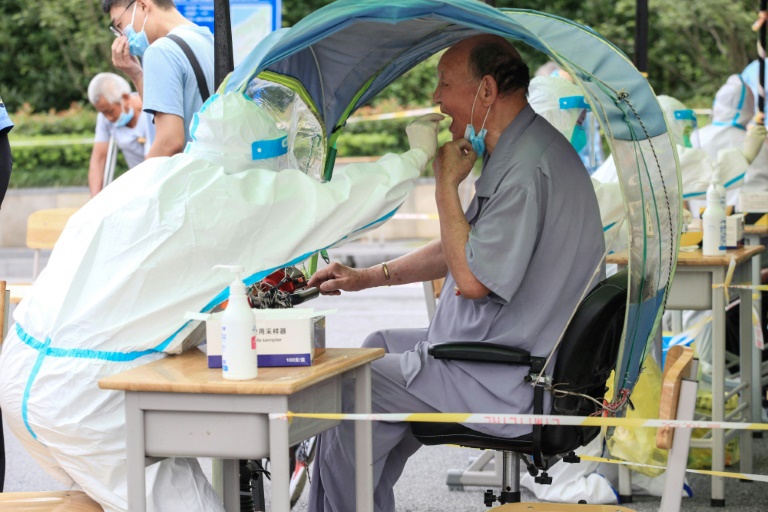 China is facing its biggest coronavirus outbreak in months, driven by the Delta variant

High-income countries gave out an average of 97 shots per 100 inhabitants compared with just 1.6 in low-income nations.

Kenya, where only 1.7 million shots have been given to the population of 52 million, on Friday extended a nighttime curfew and banned public gatherings after a surge in Delta cases.

"If you fall sick today, you will not get a hospital bed," Kagwe said. "I am not scaring you, I am telling you the reality."

To help fill the vaccine gap, rich countries are stepping up donations to the less wealthy.

The US sent three million Moderna doses to Uzbekistan and one million doeses to Tunisia on Friday, following a delivery of 1.5 million Moderna jabs to neighbouring Tajikistan earlier this week. 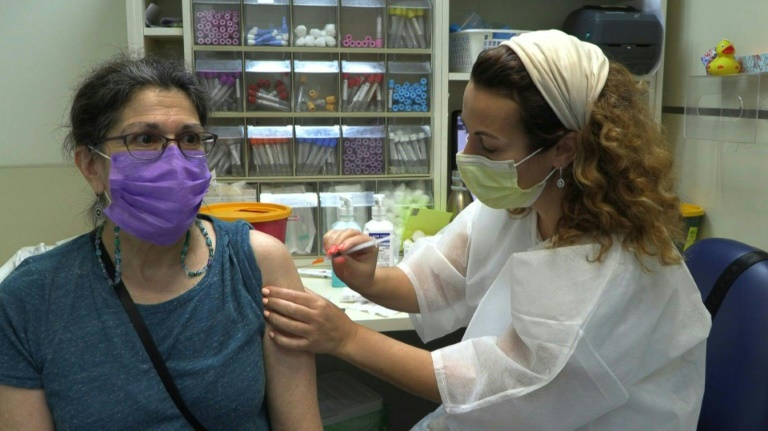 By Laurie Chen, With Afp Bureaus