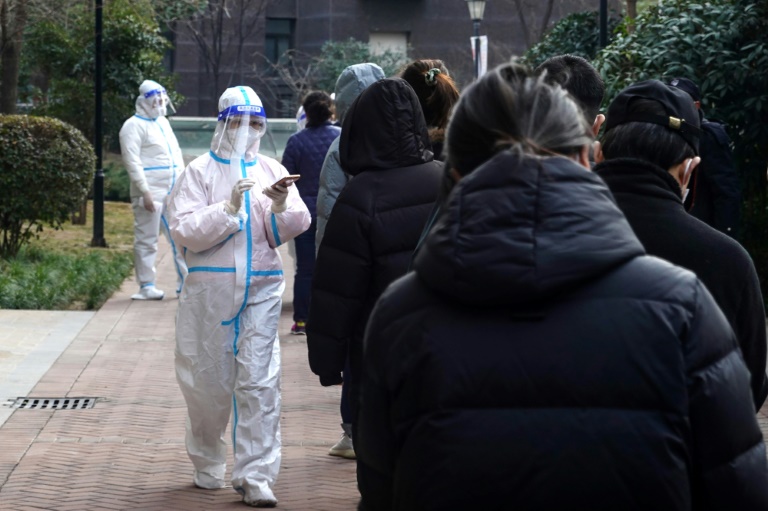 BEIJING - One of China's longest coronavirus lockdowns ended Monday with authorities announcing the lifting of most restrictions in the northern city of Xi'an.

The historic city's 13 million residents had been confined to their homes since December 22 after the discovery of a Covid-19 cluster that grew to more than 2,100 cases -- China's largest outbreak in months.

With the Winter Olympics beginning next week, Chinese authorities have been scrambling to eradicate flare-ups in several major cities, most recently Beijing, where more than 40 cases have been recorded since mid-January.

While China's coronavirus caseload pales in comparison to global numbers, the country's strict "zero-Covid" strategy means even the slightest hint of the virus is met with contact tracing, targeted lockdowns and long quarantines.

Residents with a clean bill of health are now permitted to leave the city, while public transport and economic activity have fully resumed now that Xi'an has been deemed a "low-risk" area, virus control authorities said in a statement Monday.

But travellers to Xi'an, home of the famed Terracotta Warriors, still need to provide a negative test result, while those from virus-affected areas of China are barred entry.

Xi'an authorities came under fire for their handling of the prolonged lockdown, which saw food supply issues and medical tragedies stemming from patients being denied hospital access.

In Beijing, authorities are ramping up already-strict virus controls after a recent spike in cases, which coincides with the traditional nationwide travel rush before the Lunar New Year.

People in the capital who buy over-the-counter fever medication are now required to undergo virus testing, while all two million residents of one district were screened on Sunday after a local Delta outbreak involving frozen food workers was found.

Authorities said Monday they would launch a second round of testing in the district. 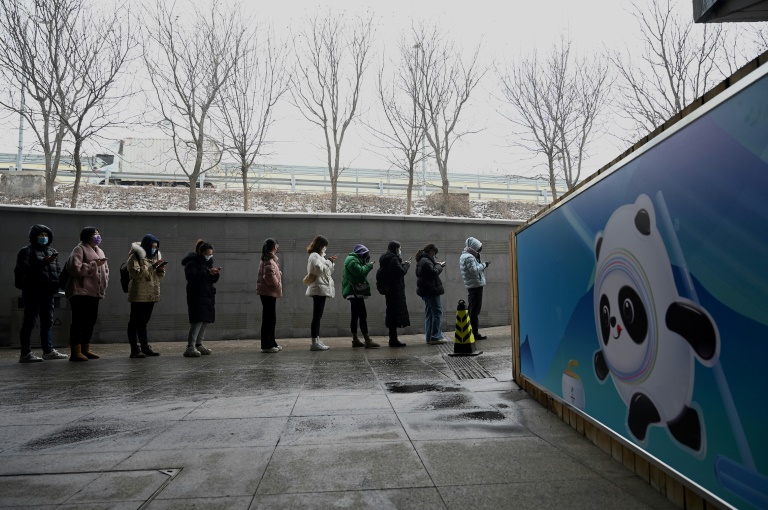 Authorities have suggested Beijing's Omicron outbreak may have originated from contaminated international mail, though experts said there was little evidence to support the idea.

Chinese customs authorities will step up testing of imported refrigerated food -- which has also been blamed for carrying the virus into the country -- and impose curbs including "suspension of their import business" on companies that bring in Covid-positive cargo, the official Xinhua news agency reported Monday.

Leaders are anxious to avoid a full-scale lockdown of the capital ahead of a Winter Olympics they are determined to pull off smoothly, urging residents to stay put during the Lunar New Year holiday.

Thousands of athletes, media workers and foreign dignitaries arriving for the Olympics will operate in a "closed-loop" bubble strictly cut off from the outside world. On Sunday, it was announced that more than 70 Games participants had tested positive inside the bubble so far.

The International Olympic Committee said Monday that Beijing organisers were easing their Covid test standards, allowing more athletes to avoid a positive result and continue participating in the Games despite having trace amounts of the virus in their bodies.