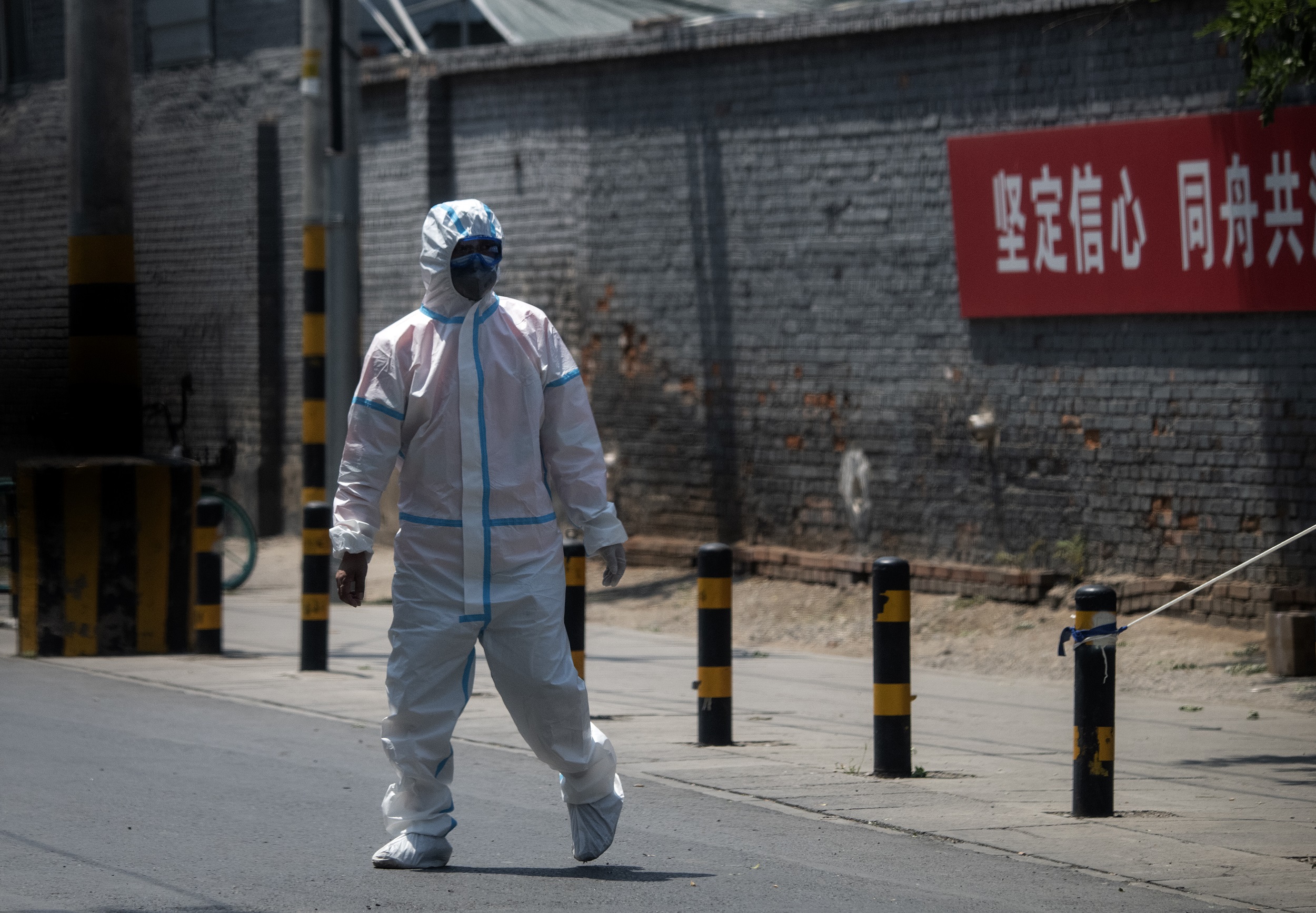 A security officer wearing protective gear guards an entrance to a residential area under lockdown due to a fresh outbreak of COVID-19 in Beijing.

BEIJING - China imposed travel restrictions on nearly half a million people near its capital on Thursday to contain a fresh coronavirus outbreak as deaths surged in other parts of the world.

The threat of a second wave hitting China, which had largely brought the virus under control, and rising tolls in Latin America and South Asia underscore the global challenge in slowing down the pandemic that has killed around 450,000 people.

Another 21 cases of the virus were reported in the past 24 hours in Beijing, taking the total to 158 since a fresh cluster was detected last week after months of no confirmed local transmissions.

READ: COVID-19: Beijing back on lockdown

One case was also recorded in the neighbouring city of Tianjin and two more in Hebei province -- which surrounds Beijing -- prompting travel restrictions on Anxin county, home to nearly half a million people, banning most traffic going in and out of the area.

The latest outbreak started in Beijing's sprawling Xinfadi wholesale market, which supplies more than 70 percent of the city's fresh produce.

Beijing authorities have urged people not to leave the city, closed schools again and locked down around 30 residential compounds to stamp out the virus, which emerged in the central city of Wuhan late last year.

READ: Parts of Beijing locked down due to fresh virus cluster

Officials are also collecting around 400,000 samples a day for testing.

Beijing's airports cancelled two-thirds of all flights on Wednesday and flight-tracking websites showed around 140 passenger flights had landed or departed so far on Thursday.

Wu Zunyou, chief epidemiology expert at the Chinese Center for Disease Control and Prevention, told reporters that the new outbreak had peaked around June 13, and had now been "brought under control".

"That doesn't mean there will be no patient report tomorrow," he warned.

"This curve will continue for a period of time, and the number of cases will become less and less."