China says would join nuclear talks if US reduces arsenal 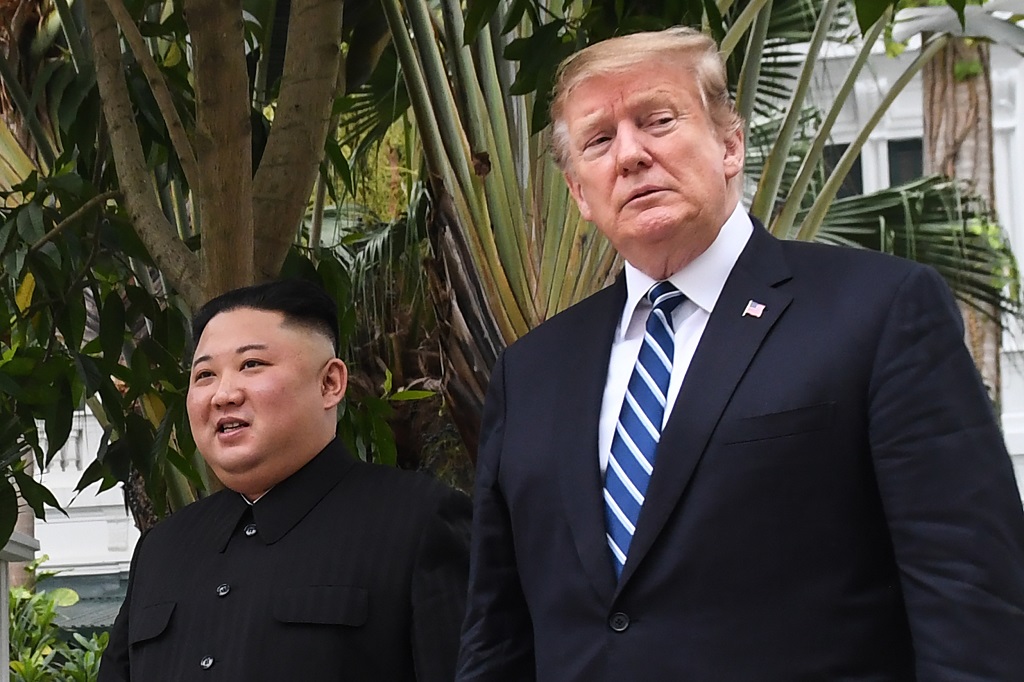 US President Donald Trump (R) walks with North Korea's leader Kim Jong Un during a break in talks at the second US-North Korea summit at the Sofitel Legend Metropole hotel in Hanoi on February 28, 2019.

BEIJING- Beijing said on Wednesday that US demands for it to join nuclear disarmament talks with Russia are a ruse to sink the negotiations, but it could take part if Washington lowers its arsenals to China's level.

US and Russian officials held talks in Vienna last month to discuss a replacement for the New START treaty, which limits each side to 1,550 deployed nuclear warheads but is due to run out in February.

US President Donald Trump has insisted China be included in disarmament talks, citing what he says is the free rein Beijing has had to develop weapons systems.

READ: Trump tweets Iran will 'never have a nuclear weapon'

China has shown no interest in participating.

Fu Cong, director-general of the Department of Arms Control at China's foreign ministry, said the US pressure is "nothing but a ploy to divert world tension" and "create a pretext under which they can walk away from the New START".

"Their real purpose is to get rid of all the restrictions and have a free hand in seeking military superiority over any adversary, real or imagined," Fu said at a news conference.

The US and Russia hold more than 90 percent of the world's nuclear weapons, according to the Stockholm International Peace Research Institute.

According to the institute's latest research, Russia has 6,375 nuclear warheads, including those that are not deployed, and the United States has 5,800.

"Saying that the small number of nuclear warheads that China possesses poses a threat to... US security, when the US has 6,000, I don't think that stands to logic," Fu said.

"I can assure you that if the US says that they are ready to come down to the Chinese level, China will be happy to participate the next day. But actually, we know that it's not going to happen. We know the US policy."

The priority for China is for Washington and Moscow to agree to extend the New START treaty and continue to reduce their arsenals on that basis, Fu said.

He added that China "will participate when their nuclear arsenals come down to a level comparable to the level of Chinese nuclear warheads".