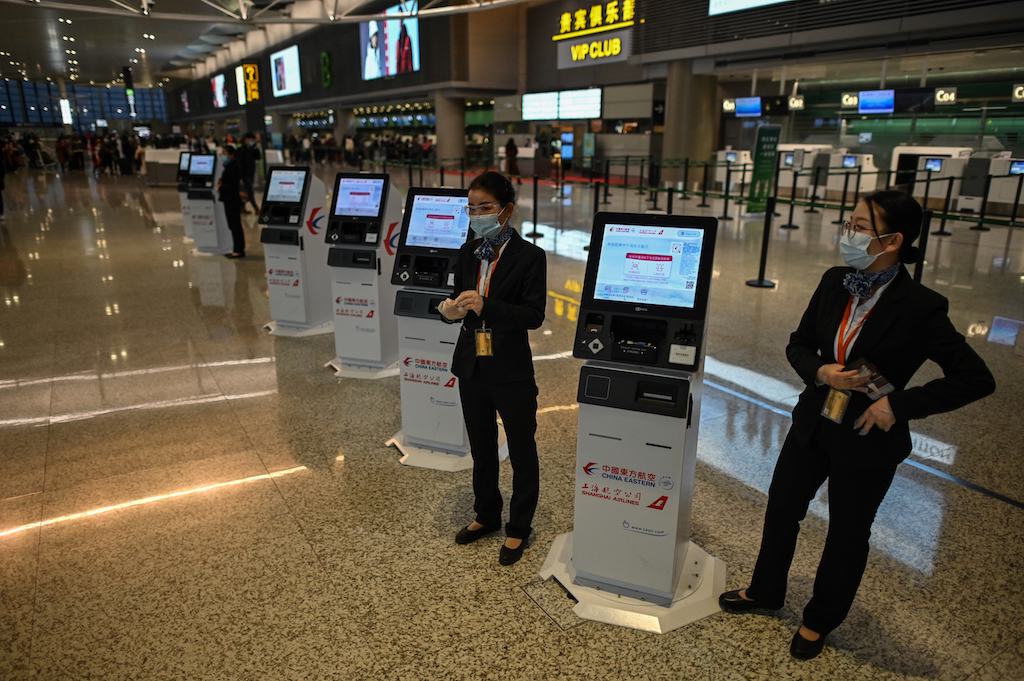 Airline workers wearing face masks as a preventive measure against the COVID-19 coronavirus are seen at Shanghai Hongqiao International Airport in Shanghai on November 27, 2020.

BEIJING - China on Thursday suspended flights to and from Britain after it reported a new, more infectious strain of the coronavirus.

China has largely curbed the spread of COVID-19 within its borders, but authorities remain highly vigilant about the threat of "imported" virus cases.

"Given the exceptional nature of the virus mutation and its potential impact ... China has suspended flights between China and the UK after full assessment," foreign ministry spokesman Wang Wenbin said at a routine briefing.

China has already imposed strict entry requirements to curb the spread of the coronavirus and last month banned foreign arrivals from a number of countries including Britain, Belgium, India and the Philippines.

International carriers are largely limited to one flight per week per foreign city.

The new flight ban will prevent Chinese nationals based in Britain from returning to China.