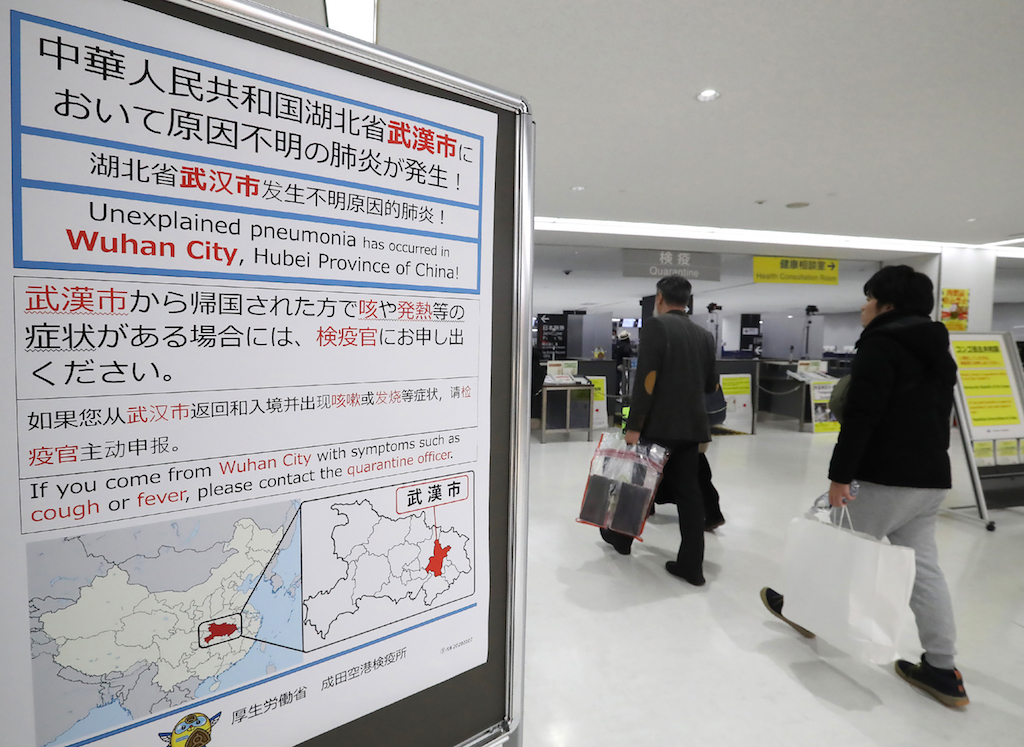 BEIJING - China faced deepening isolation over its coronavirus epidemic on Saturday as the death toll soared to 259, with the United States leading a growing list of nations to impose extraordinary Chinese travel bans.

With Britain, Russia and Sweden among the countries confirming their first infections, the virus has now spread to more than two dozen nations, sending governments scurrying to limit their exposure.

The United States toughened its stance Friday by declaring a national emergency, temporarily barring entry to foreigners who had been in China within the past two weeks.

"Foreign nationals, other than immediate family of US citizens and permanent residents, who have travelled in China within the last 14 days will be denied entry into the United States for this time," Health Secretary Alex Azar said.

The United States, Japan, Britain, Germany and other nations already had advised their citizens not to travel to China.

Beijing, which insists it can contain the virus, began to show impatience over the growing ostracism, with the foreign ministry calling Washington's earlier advice against travel to China "unkind".

"Certainly it is not a gesture of goodwill," foreign ministry spokeswoman Hua Chunying said.

READ: China slams US for travel warning over coronavirus

The US emergency declaration also requires Americans returning from the ground zero Chinese province of Hubei to be placed in mandatory 14-day quarantine, and health screening for US citizens coming from other parts of China.

The virus emerged in early December and has been traced to a market in Hubei's capital Wuhan that sold wild animals.

It then jumped to humans and spread globally on the wings of a Lunar New Year holiday rush that sees hundreds of millions of Chinese people travel domestically and overseas.

With public anger mounting in China, Wuhan's top official admitted late Friday that authorities there had acted too slowly.

"If strict control measures had been taken earlier the result would have been better than now," Ma Guoqiang, the Communist Party chief for Wuhan, told state media.

Ma said he was "in a state of guilt, remorse and self-reproach."

Wuhan officials have been criticised online for withholding information about the outbreak until late December despite knowing of it weeks earlier.

China finally lurched into action more than a week ago, effectively quarantining whole cities in Hubei and tens of millions of people.

The rest of the country has been essentially put on a war footing.

But the toll keeps mounting at an ever-increasing pace, with health authorities on Saturday saying 46 more people had died in the preceding 24 hours, all but one in Hubei.

Another 2,102 new infections also were confirmed, bringing the total to nearly 12,000 -- far higher than the Severe Acute Respiratory Syndrome outbreak of 2002-03.

SARS, which is similar to the new coronavirus and also originated in China, killed 774 people worldwide, most in China or Hong Kong.

The World Health Organization declared the outbreak a global emergency on Thursday but did not advise international trade or travel restrictions.

It warned Friday that closing borders was probably ineffective in halting transmission and could accelerate the virus's spread.

But authorities around the world pressed ahead with preventive measures.

Mongolia on Saturday toughened earlier restrictions by implementing a ban on any arrivals from its huge southern neighbour until March 2.

In one striking example, more than 40,000 workers at a vast Chinese-controlled industrial park in Indonesia -- which also employs 5,000 staff from China -- were put under quarantine, the facility said on Friday.

No one can enter or leave without permission, said Pt Indonesia Morowali Industrial Park on Sulawesi island.

World markets tumbled again on Friday due to the uncertainty hovering over the world's second-largest economy, a key driver of global growth.

Growing numbers of major airlines have suspended or reduced China flights, while corporate names ranging from Toyota to McDonald's and Starbucks have shut down Chinese stores or production lines.

Countries have scrambled to evacuate their nationals from Wuhan, with hundreds of US, Japanese, British, French, South Korean, and Indian citizens evacuated so far, and more countries planning airlifts.

Russia said it would evacuate more than 2,500 of its citizens holidaying on China's Hainan island, far from the epicentre.