Chinese cities and factories lock down as outbreak spreads 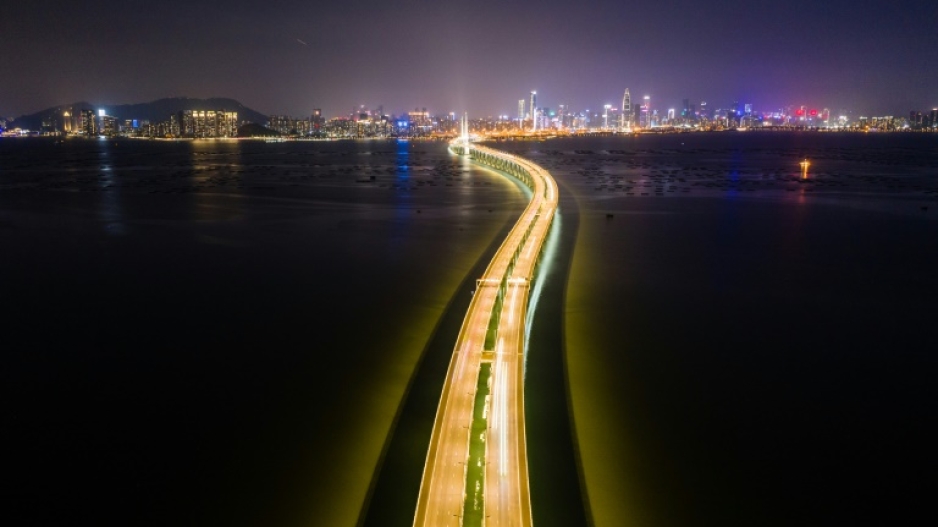 BEIJING - All 17 million people in the Chinese tech hub of Shenzhen began their first full day under lockdown Monday, as restrictions spread across Shanghai and other major cities to combat an outbreak challenging the nation's zero-tolerance Covid strategy.

The southern city of Shenzhen imposed the measure on Sunday to counter an Omicron flare-up in factories and neighbourhoods linked to nearby Hong Kong, which is recording scores of daily deaths as the virus runs rampant.

Major Apple supplier Foxconn suspended its operations in Shenzhen, the company said Monday, as the lockdown bit hard into economic activity across the factory hub.

Shenzhen is one of ten cities nationwide to have locked down all residents, though the measure was taken Monday in some parts of other major hubs including Dalian, Nanjing and Tianjin, which neighbours the capital.

Health officials have warned tighter restrictions could be on their way, as concerns mount over the resilience of China's "zero-Covid" approach in the face of the highly-transmissible Omicron variant.

"There have been many small-scale clusters in urban villages and factories," Shenzhen city official Huang Qiang said at a Monday briefing.

"This suggests a high risk of community spread, and further precautions are still needed."

Photos shared with AFP by a Shenzhen resident showed housing compound entrances blocked by large plastic barriers, as residents swapped jokes on social media about their rush to grab laptops from offices before the lockdown.

Tech stocks plummeted on the Hong Kong exchange on Monday, as concerns over the impact of the virus spread in Shenzhen -- home to hubs for Foxconn, as well as Huawei and Tencent -- spooked investors. 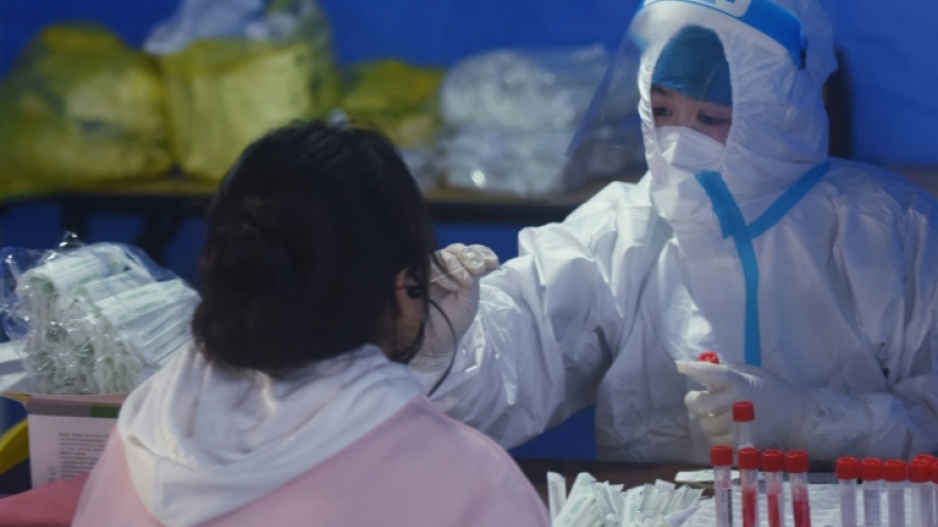 In Shanghai, China's most populous city, residential areas and offices in some neighbourhoods remained sealed Monday as city authorities try to avoid a full lockdown.

The metropolis reported around 170 new virus cases on Monday, enough to seed anxiety among businesses over the economic pain ahead.

A restauranteur with four outlets in different parts of Shanghai said he has to wade through a morass of hyper-local restrictions, giving an indication of how ordinary life in China is still spun on its head by a pandemic that the rest of the world has learned to cope with.

"I want to close one and keep the rest open, and see how it goes later. What else can I do except tough it out?"

Other outbreak epicentres have been less lucky.

Jilin province in the country's northeast recorded over 1,000 new cases for the second day in a row, and authorities tightened restrictions Monday to ban residents leaving their cities without police permission.

At least five cities in the province have been locked down since the beginning of March, including the major industrial base of Changchun, whose nine million residents were confined at home Friday.

While the caseload is low in global terms, it is deeply alarming in China where authorities have been unrelenting in squashing clusters since early 2020.

In recent days, at least 26 officials in three provinces have been dismissed due to their handling of local outbreaks, state media reported.

China has so far managed to control sporadic domestic outbreaks through a combination of snap lockdowns, mass testing and travel restrictions, but the latest outbreak is testing the limits of its playbook.

"It is very important for China to continue to adopt the strategy of community Covid-zero in the near future," Zhang wrote on social media.

"But this does not mean that we will permanently adopt the strategy of lockdown and full testing."