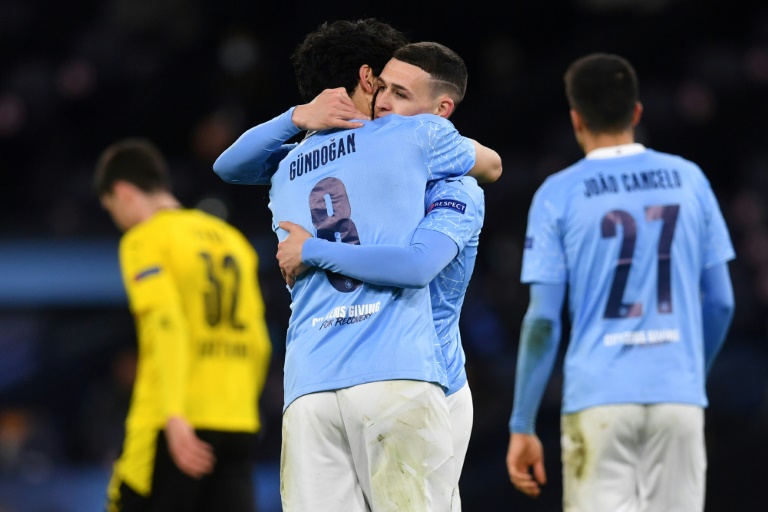 MANCHESTER - Phil Foden says Manchester City remain fresh and ready to fight for the quadruple after they scored late to give them the edge against Borussia Dortmund in their Champions League quarter-final.

Foden struck in the 90th minute to give the Premier League leaders a hard-earned 2-1 win in the first leg at the Etihad Stadium on Tuesday, minutes after Marco Reus looked to have snatched a draw for the German side.

"It is really hard sometimes, mentally and in your legs as well, after coming back from international, but we have a lot of players in the squad that are fresh and ready to play," said 20-year-old midfielder Foden.

"The manager is rotating and so we are ready and I think as a team we are doing brilliantly. We are fighting for everything we can and are going to fight until the end."

City have now won 27 of their past 28 games in all competitions and remain on course for a historic sweep of the Champions League, Premier League, FA Cup and League Cup.

But they have failed to get beyond the last eight in the Champions League in each of Pep Guardiola's four previous seasons in charge and had to dig deep for their win against Dortmund.

Kevin De Bruyne gave the home side a first-half lead and they kept Dortmund striker Erling Braut Haaland, who is coveted by Europe's top clubs, relatively quiet until he teed up Reus in the 84th minute.

Foden had the final say as the clock ran down, but the away goal for Dortmund could still prove crucial.

"It was a relief," he said. "We had a lot of chances but in the end I'm just happy to score and help the team in a crucial time.

"But of course they are a great team. They are going to have spells where they have the ball as well and it is going to be a really interesting game in the second leg.

"They're brilliant -- a lot of young players, energetic. They can be in the box with three passes so they are very dangerous. We'll have to stay focused for the full 90."

Before next Wednesday's trip to Dortmund, City host Leeds on Saturday, looking to take another step towards their third Premier League title in four years.