Close to half a billion people vaccinated globally 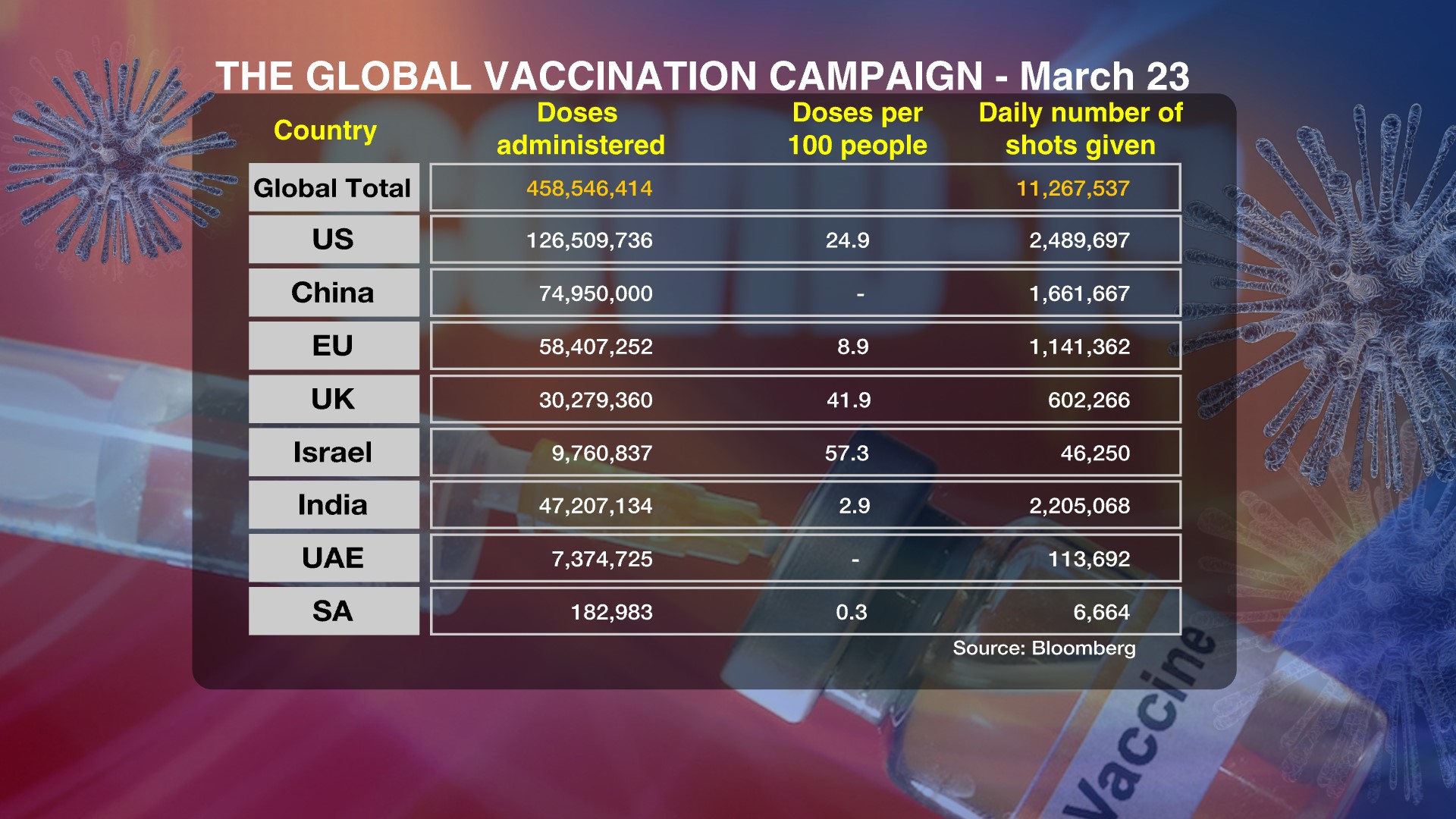 JOHANNESBURG - Vaccination campaigns around the world are well up to speed.

Close to half a billion people have received jabs, with over 11-million shots being given daily.

The EU is approaching 60-million doses administered, and the United Kingdom just over 30 million.

Many European countries are imposing new lockdowns with growing fears of another wave of infections.

India has also picked up speed, with over 47-million people vaccinated.

South Africa is still in the first phase of its vaccinations, and behind schedule to cover a million people by the end of April.

182,983 frontline workers have received the jab.

This as government warns of a possible third wave of infections.