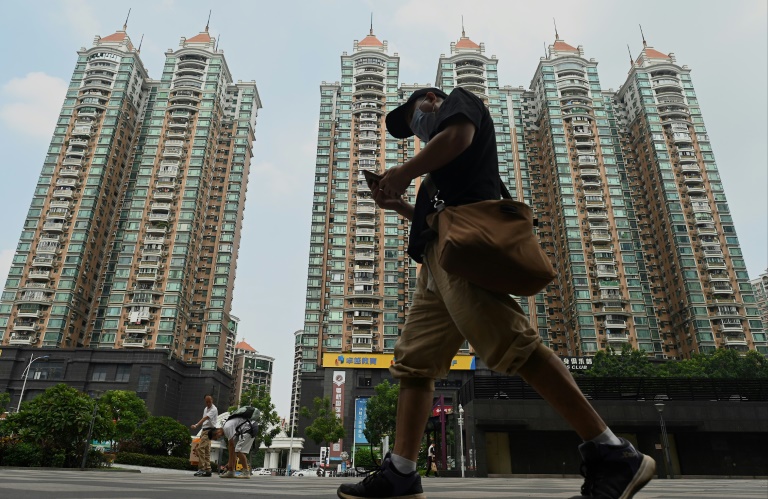 The once-mighty Evergrande Group has long been the face of Chinese real estate, surfing a decades-long property boom to expand into more than 280 Chinese cities. AFP/Noel Celis

BEIJING - Anxious investors, employees and suppliers describe a scramble inside teetering Chinese property giant Evergrande, in a crisis that has shaken public trust as it struggles to tide over a liquidity crunch.

The once-mighty Evergrande Group has long been the face of Chinese real estate, surfing a decades-long property boom to expand into more than 280 Chinese cities as it peddled home-ownership dreams.

But it is now smothered by a $300 billion liabilities burden that has crushed its credit rating, share prices and reputation among a once-adoring public.

Throughout last week, the concourse outside Evergrande's mirrored offices in the southeastern city of Shenzhen was occupied by unpaid contractors, angry sales agents and investors -- scenes echoed across a country where prolonged protest is rarely tolerated.

Now, as default appears all but inevitable, fears are abounding of a contagion within the Chinese property market -- and far beyond.

In an apparent response to rumours that riled investors, the company on Saturday vowed "severe punishment" for six managers found to have redeemed their investment products ahead of maturity dates.

It has also offered property and parking spaces instead of cash repayments of its debts. Investors have given the plan a frosty reception, citing a collapse in faith.

"What I want is cash," said an investor who identified himself only by his surname Feng. "I'm not considering this plan."

AFP has reached out to Evergrande repeatedly in recent days, but the firm has declined to comment.

Disgruntled Evergrande staff told AFP they were pushed to ramp up sales of financial products promising generous returns -- or to invest more themselves.

Rates of return ranged from seven to nine percent, according to staff and advertisements seen by AFP.

"They wildly encouraged us to boost performance, giving us rewards," said an Evergrande Wealth sales consultant on condition of anonymity.

But she claimed it became impossible to reach managers in early September, when the company started facing trouble making repayments -- triggering alarm.

"Many clients put all their assets and retirement funds into Evergrande because they trusted (chairman Xu Jiayin) would be at the wheel and nothing would go wrong," she said.

Another employee surnamed Huang who bought financial products added: "Ahead of the maturity date, they asked us to put in more money instead of collecting repayment."

She and her relatives collectively put in 1.5 million yuan ($230,000), enticed by promises of higher interest.

"Now we've lost everything," she told AFP in Shenzhen.

Sales tactics, according to several suppliers, involved pressure on business partners as well.

Big promises also accompanied a residential-retail-entertainment development in the eastern Suzhou city that now has hundreds of investors fearing for their nest eggs. 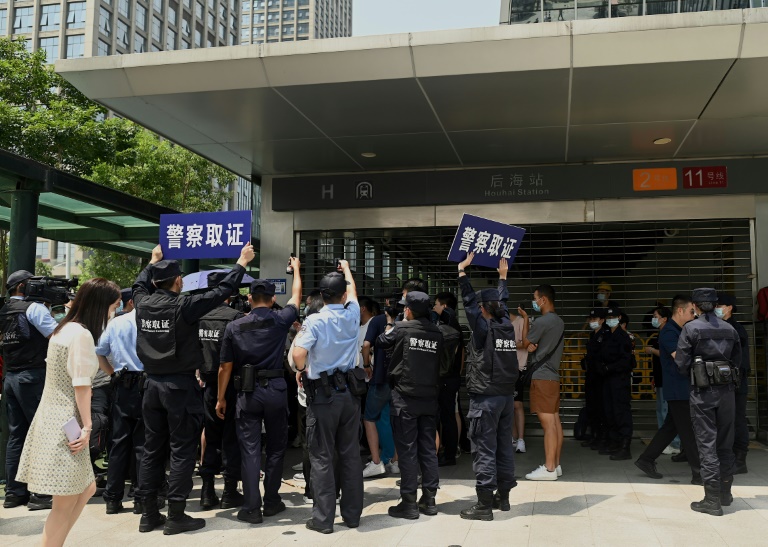 Once a symbol of its might, Evergrande's Shenzhen headquarters is now a besieged barometer of the wide swathe of potential collateral damage, with investors, suppliers and other partners holding daily vigil. AFP/Noel Celis

The Evergrande Cultural Tourism City was to include apartments, a theme park and a commercial quarter made to resemble an old European village.

But homebuyers jammed the unfinished site ahead of completion, thrown into a frenzy by the firm's financial troubles.

One investor who asked to remain anonymous said buyers were initially persuaded to grant sales staff authority to sign documents in their names, reassured by the firm's reputation.

But what followed were changing schedules for flat deliveries, financial terms slipped in without notice, and bills for property management fees for apartments that were nowhere near complete.

"I was dumbfounded," she said.

"The whole story shows that lenders and other suppliers of capital have not done their job in exerting proper checks and balances on Evergrande," University of Hong Kong professor Zhiwu Chen said.

Once a symbol of its might, Evergrande's Shenzhen headquarters is now a besieged barometer of the wide swathe of potential collateral damage, with investors, suppliers and other partners holding daily vigil.

Cleaner Wang Demei, 40, slept outside on a piece of cardboard, seeking unpaid salaries for 70 people who she helped arrange to provide cleaning services to Evergrande.

She borrowed money from loan sharks to pay some staff, but said: "We can't repay these (loans)."

"Our personal credibility has collapsed," she added.

Small businesses across the country also said they have been forced to let workers go, scale down or close entirely due to financial stress.

But many people remember Evergrande differently.

"Its original aim was to help allow us working families afford an apartment," a retired teacher surnamed Liu said.

Since 1997, she and her husband have lived in the very first residential compound Evergrande built -- in Guangzhou city where the firm started out.

"Evergrande is not a terrible company... It is one that has looked after us," she said.

- by Beiyi Seow, with Vivian Lin in Suzhou