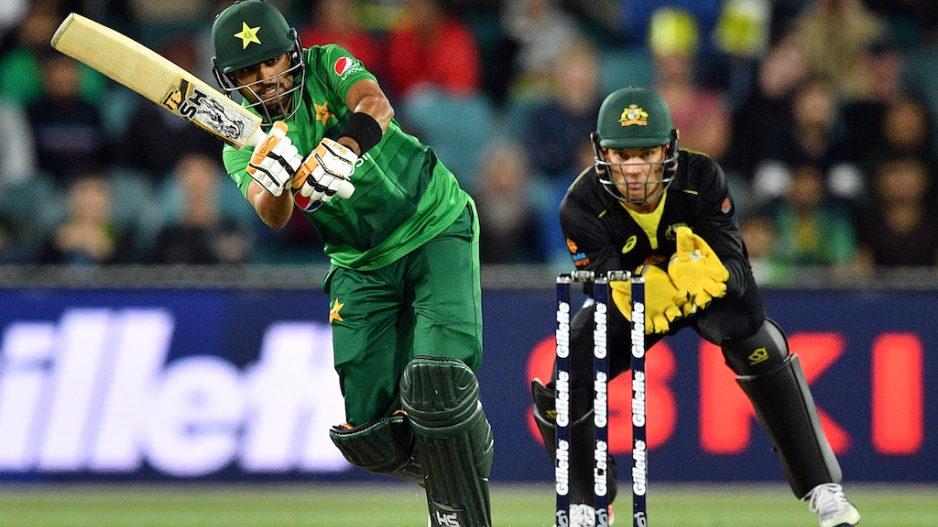 File: Pakistan's Twenty20 captain, Babar Azam said he has been praying for the continuation of the T20 World Cup. AFP/Saeed Khan

MULTAN - High-flying Pakistan aims to boost their chances of qualifying for next year's World Cup with a clean sweep against an inexperienced West Indies side when their three-match one-day international series starts in Multan on Wednesday.

A 3-0 win will lift the Babar Azam-led team to third from their current 10th place in the 13-team World Cup Super League, the qualification process for 2023 World Cup.

The West Indies, led by wicketkeeper-batsman Nicholas Pooran, are fourth after winning 3-0 in the Netherlands but have just six of their 24 qualifying ODIs remaining.

Defeat in the oppressive heat of Multan will put West Indies in danger of needing to play in the qualifying round, while Pakistan have a further nine ODIs after the series to secure direct passage.

Hosts India and the top seven teams will qualify automatically, while the remaining five will have to battle for the last two berths later this year.

Pakistan's confidence is sky high after a 2-1 home series win over Australia two months ago, and skipper Azam is hoping for a similar display of intensity from his side.

"As a team, as a captain, you go into the series thinking about a clean sweep, whoever the opponent is," said Azam.

"The intent is the same, but it's not like we are underestimating the West Indies."

Pakistan have won their previous nine ODI series against the West Indies, with their last defeat in 1991.

The West Indies are without leading players Jason Holder who is being rested, Shimron Hetmyer who is on paternity leave and Evin Lewis who was left out after not reaching required fitness levels, while former skipper Kieron Pollard retired in April.

The series, initially scheduled in December 2021, was postponed because of a Covid-19 outbreak in the West Indies camp and has since been moved to Multan from Rawalpindi because of political uncertainty in Islamabad.

Azam admitted countering Multan's searing heat where temperatures could touch 45 Celsius (113 Fahrenheit) will be a challenge, although to counter the blistering sun the matches will start late afternoon.

The series will also be the first without a bio-secure bubble after Pakistan lifted all coronavirus restrictions in March following a steep decline in infections.

The other two matches will be on June 10 and 12, also in Multan.