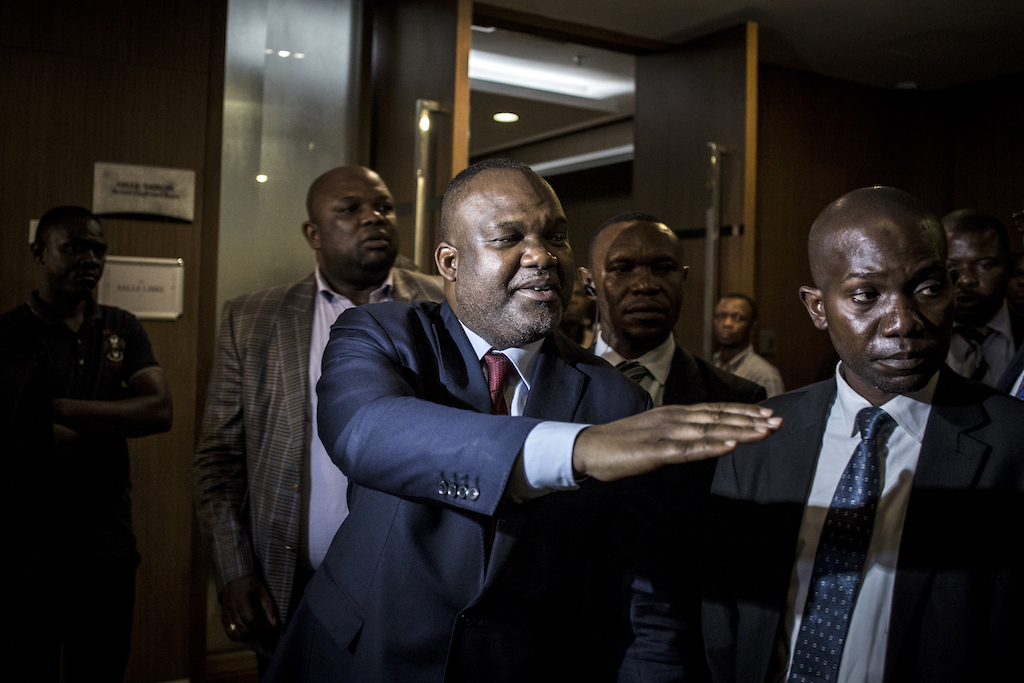 President of the National Independent Electoral Commission (CENI) Corneille Nangaa (C), gestures as he leaves a joint meeting with the main presidential candidates and the African Union (AU) in Kinshasa.

KINSHASA - Democratic Republic of Congo's government on Thursday defended the credibility of last weekend's disorganised presidential election and its decision to cut Internet access to 80 million citizens in the aftermath.

The long-delayed election is meant to lead to Congo's first democratic transfer of power, but Sunday's vote was marred by logistical problems and accusations from the opposition of fraud.

The electoral commission had been scheduled to publish provisional results on Sunday but it said on Wednesday that could be delayed because counting centres are still waiting for more than 80 percent of local vote tallies.

The opposition says the delay is a sign of fraud. Regional observers have said the vote went relatively well given the organisational challenges. Domestic monitors, however, have raised concerns about potential irregularities.

More than one million Congolese in opposition strongholds were barred from voting after the electoral commission cancelled the polls there, citing an Ebola outbreak, the second-deadliest in history, and ethnic violence.

Government spokesman Lambert Mende told reporters on Thursday that the election went smoothly. Polling had had to be halted in the Ebola-hit eastern cities of Beni and Butembo, he said, despite assurances from the health ministry that voting could go ahead safely.

"More than a million people would have been exposed to a dramatic acceleration of the spread of the epidemic," he said.

Mende said the government had cut the Internet until the election results were published to stop the opposition, journalists and others on social media from publishing fake results that could spark violence.

"The government is only doing its duty to ensure the implementation of the law," he said.

The vote is meant to choose a successor to incumbent Joseph Kabila, who is due to step down this month after 18 years in power. Repeated delays since 2016, when Kabila's mandate officially expired, sparked violent protests in which security forces killed dozens of people.