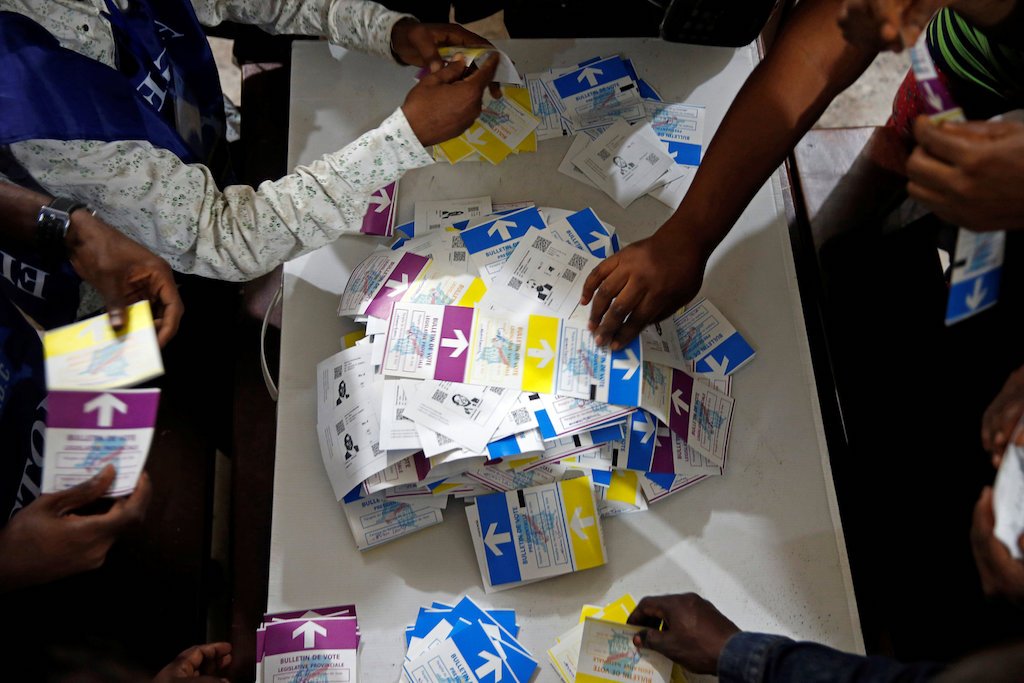 Voting in the election to replace President Joseph Kabila, who is due to step down next month after 18 years in power, continued into the evening in some Kinshasa neighbourhoods where polling had opened hours late due to an absence of voter rolls.

In other areas, election officials began counting ballots by torchlight, keeping count on classroom chalkboards. The first partial results are expected within the next two days.

While voting was mostly peaceful across Democratic Republic of Congo, there were incidents of violence.

Many Congolese were unable to cast ballots. At three opposition strongholds, in the east and west of the country, there was no voting at all after authorities cancelled the poll, citing health risks from an Ebola outbreak and ethnic unrest.

The Catholic bishops conference (CENCO) said electronic voting machines, criticised by the opposition as vulnerable to fraud, had malfunctioned in at least 544 of 12,300 polling places it monitored around the country.

Some voters complained they could not find their names on the rolls, and flooded streets in Kinshasa prevented others from reaching their polling stations.

"There is a big mess and we are asking ourselves if this is not an organised chaos to ensure that tomorrow the constitutional court cancels everything," said Felix Tshisekedi, one of the main opposition candidates, suggesting Kabila could cling on to power in the event of an annulled election.

His campaign director, Vital Kamerhe, said that in the western city of Inongo, the head of a polling station was found voting several times for Shadary and three machines there were converting votes for Tshisekedi into votes for Shadary.

Martin Fayulu, the other main opposition candidate, complained at a news conference that electoral lists were posted late, names were misprinted and machines did not work.

"All these irregularities will for sure have a negative impact on the process led today by the CENI," he said.

Reuters could not independently confirm allegations of fraud, and CENI president Corneille Nangaa said on state television the day had gone smoothly, aside from some minor difficulties.

Earlier, the CENI had said in a tweet that in Inongo and several other cities, "voting operations are under way and everything is going well".