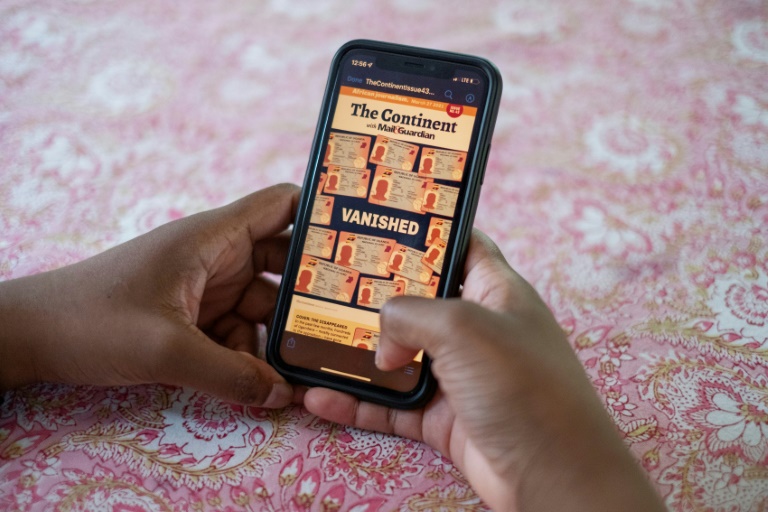 Even though it's published as a PDF file and distributed on a messaging platform, The Continent feels like an old-fashioned newspaper. AFP/Wikus de Wet

JOHANNESBURG - Late one night, South African journalist Simon Allison woke up his wife with an idea: a weekly African newspaper for Africans, distributed via WhatsApp.

She told him to go back to sleep, and "keep it for the morning". But that was the birth of The Continent, in the middle of the pandemic.

Even though it's published as a PDF file and distributed on a messaging platform, The Continent feels like an old-fashioned newspaper: Catchy headlines, short stories, reported pieces and interviews.

Not to mention the eagerly awaited quiz, to test how much readers know their continent.

And it's free, available only via WhatsApp, the most widely used messaging system in Africa.

A Zimbabwean daily, 263Chat, was the trendsetter in sharing newspapers on WhatsApp, recalled Allison during an interview in the tranquil garden of his suburban Johannesburg house.

"We wanted to create a newspaper, not a website," he said, birds chirping away, while a cat roamed around and a lawnmower buzzed in the distance.

Kiri Rupiah, the team's distributor and "geek" said the paper has helped to filter the deluge of information that came with the uncertainties of the coronavirus pandemic. 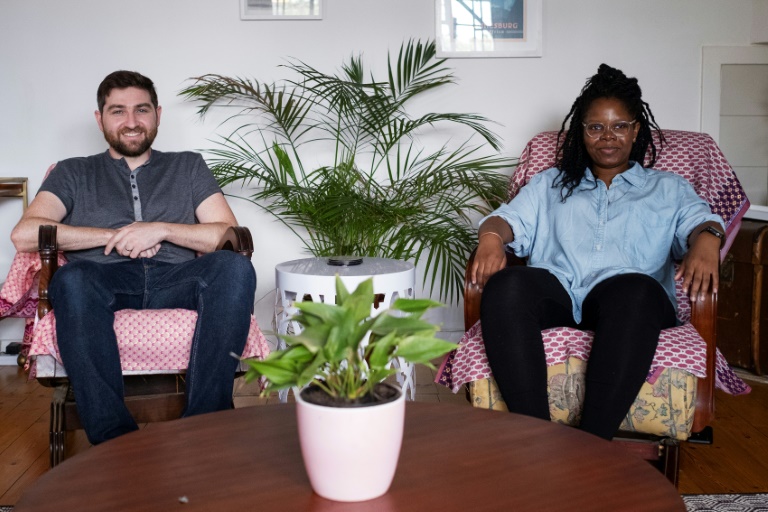 Kiri Rupiah (R), the team's distributor and 'geek', said the paper has helped to filter the deluge of information that came with the uncertainties of the coronavirus pandemic

"Our families started using us as informal fact-checkers. 'Is this true about Covid?' And all these exchanges were happening on WhatsApp," said the Rupiah, with trendy glasses and a smile brightened by dimples.

"We are different than most newsrooms who want lots of subscribers," she said. "I want 10 people who are engaged, that are going to share with six or seven people they know."

"They also have access to us," she added. "It creates community and trust."

A university professor was one of their first fans.

"He shares the newspaper every week with 50 people," said Rupiah and because he recommends it, they are likely to read it.

She has cellphone numbers of all of the nearly 17,000 subscribers, even receiving "a nude by mistake" from one over-eager subscriber.

"He was super apologetic," said Rupiah.

Barely two weeks passed from that first, late-night idea and the first issue in April 2020, said the bespectacled Allison, who converted his guest room into the newspaper office.

Things moved fast. He got help from three journalism students, who were happy to keep busy during the pandemic, and hired a few freelancers, paying them from his own pocket for the first few months.

The debut edition went out to friends and family, but "after 48 hours, we had 1,000 subscribers. We achieved virality in a week," said Allison.

At the time he was the Africa editor of the Mail and Guardian, a dynamic South African weekly.

With his co-founder Sipho Kings, they went fundraising, with pro-democracy charities chipping in. 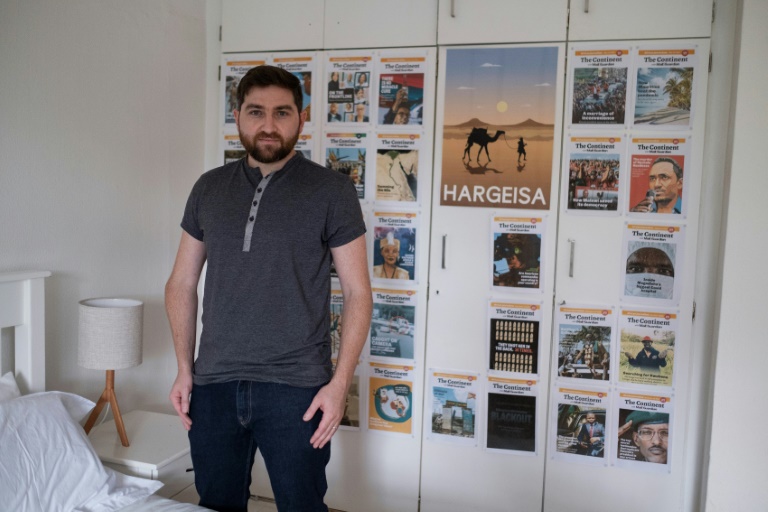 The energetic team of journalists in their 30s -- based mostly in South Africa, but also in Uganda and the UK -- is teeming with story ideas

"Funders see us as a weapon against disinformation, an innovative way to combat it," he said.

For now, they have secured funding for their tightly budgeted operating costs over the next two years.

The energetic team of journalists in their 30s -- based mostly in South Africa, but also in Uganda and the UK -- is teeming with story ideas.

"If we had more funding we could do more fun things," said Allison, who has his eyes set on launching a French or even a Kiswahili edition.

Looking back, he's proud of some of their groundbreaking work so far.

One of their notable stories came in February 2021, under the headline: "The country where Covid doesn't exist". It looked at Tanzania, where the president had declared Covid did not exist -- even as hospitals and cemeteries were overflowing.

Distributing via WhatsApp is fast and convenient, but also protects against censorship.

"But WhatsApp messages encrypted and published from South Africa, which has strict media laws... there is no way to censor."