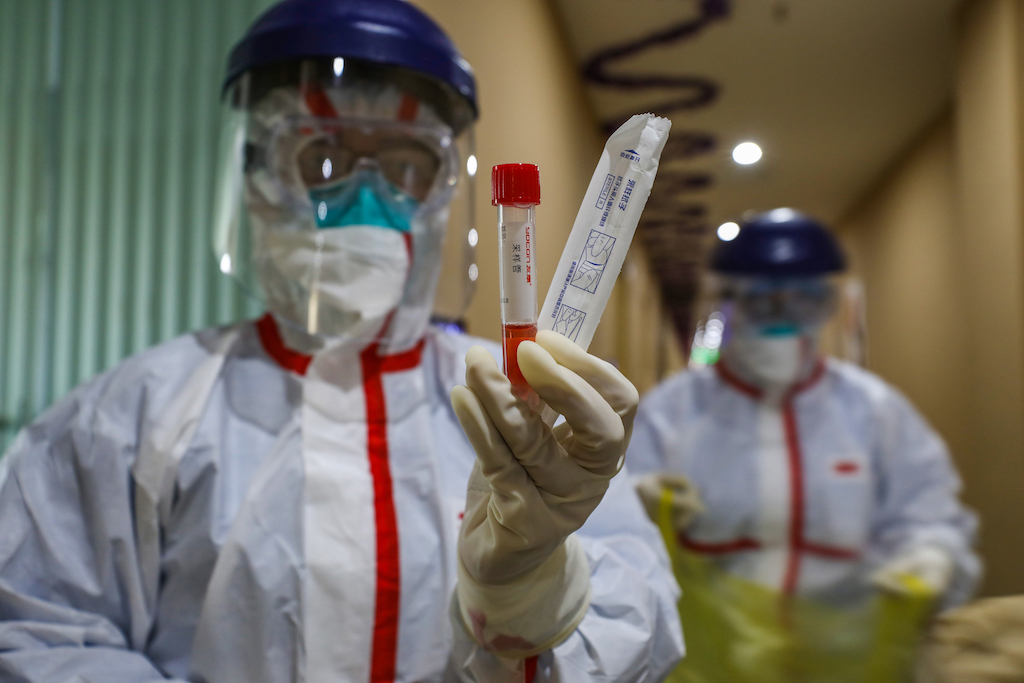 File: Most of China remains paralysed over fears of contagion, with schools remaining closed and Beijing ordering those returning to the city to self-quarantine for 14 days.

BEIJING - More than 500 cases of the new coronavirus have been detected in prisons across China, officials said Friday, fuelling concerns about new clusters of the epidemic.

Hubei, the hard-hit central province where the virus emerged late last year, said Friday that 271 cases were reported by its prisons on Thursday, including 220 that had previously not been known to provincial authorities.

Local Communist Party newspaper Hubei Daily reported that 230 of the prison cases came from a single facility, the Wuhan Women's Prison, whose warden has been removed for failing to prevent the outbreak, while the other 41 cases were reported at a facility in Shayang county.

Seven guards and 200 inmates also tested positive for the virus at Rencheng prison in eastern Shandong province, the provincial health commission said at a press conference.

Xie Weijun, head of Shandong's justice department, was sacked over the outbreak along with two other provincial prison administration officials and five officials from the penitentiary, officials said.

Wu Lei, director of Shandong's prison administration, said the new cases showed that "the implementation of our prevention and control measures has not been effective".

Another 34 cases were found at Shilifeng prison in eastern Zhejiang province, leading to the ouster of its director and another official.

Hubei announced earlier on Friday that a total of 411 new cases of the virus were confirmed in the province on Thursday, but later revised its figure up to 631 to include the prison numbers.

The clusters came as Chinese authorities have pointed to a drop in officially reported new cases this week as evidence that quarantines and other drastic measures to contain the virus are working.

Most of China remains paralysed over fears of contagion, with schools remaining closed and Beijing ordering those returning to the city to self-quarantine for 14 days.

New cases at two hospitals in the country's capital have also emerged.

Health officials said 36 patients, medical workers and family members have been infected with the virus at Beijing's Fuxing hospital, which has been partially sealed off since January 31.

People who came into close contact with those infected at both hospitals are being monitored, while 12 women and 10 infants from the obstetrics ward have been ordered to leave Peking University People's Hospital for their own safety, authorities said.

Members of China's Uighur minority living in exile have also warned of the risk of the coronavirus spreading in internment camps, where rights groups say more than one million people have been rounded up by authorities.

The virus spreads through droplets disseminated by sneezing or coughing, highlighting the risks for large groups of confined people, possibly without adequate access to soap and water.