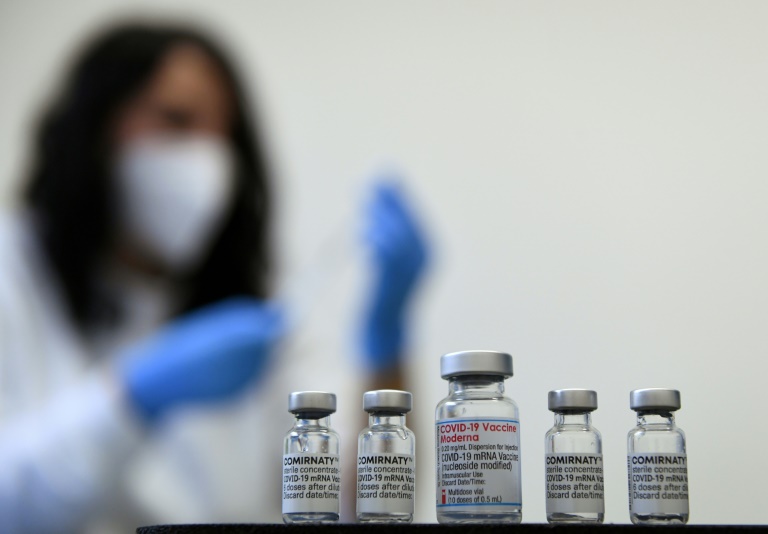 'Winter of illness and death'

US President Joe Biden warns of a "winter of severe illness and death" for the unvaccinated as the G7 calls the Omicron variant the biggest threat to global public health.

Infection rates may be soaring in South Africa because of the Omicron variant but fewer people are dying or requiring hospital treatment compared to previous waves, say health officials.

A US government panel of medical experts recommended mRNA vaccines made by Pfizer and Moderna over Johnson & Johnson's shot, in light of its weaker protection and greater risks.

The Moderna jab carries a slight risk of usually non-serious heart problems, according to a study of the entire population of Denmark, the first to look at an entire country.

Slovak police hold former prime minister Robert Fico before he was due to lead an anti-government demonstration despite pandemic restrictions on crowd size.

Johnson on the ropes

The Canadian province is limiting numbers in bars, restaurants and shops and switching schools to virtual learning after the holidays to slow the spread of the virus there.

Families are also being asked to limit holiday gatherings to 10 people.

The English Premier League postpones six more matches due to the wave of infections hitting Britain, but rules out a circuit-breaker gap in the season.

A passenger was forced off a flight in Florida because he insisted on wearing a red thong instead of a face mask.

The coronavirus has killed at least 5,335,968 people since the outbreak emerged in China in December 2019, according to a tally from official sources compiled by AFP Friday at 1100 GMT.

Taking into account excess mortality linked to Covid-19, the WHO estimates the overall death toll could be two to three times higher.