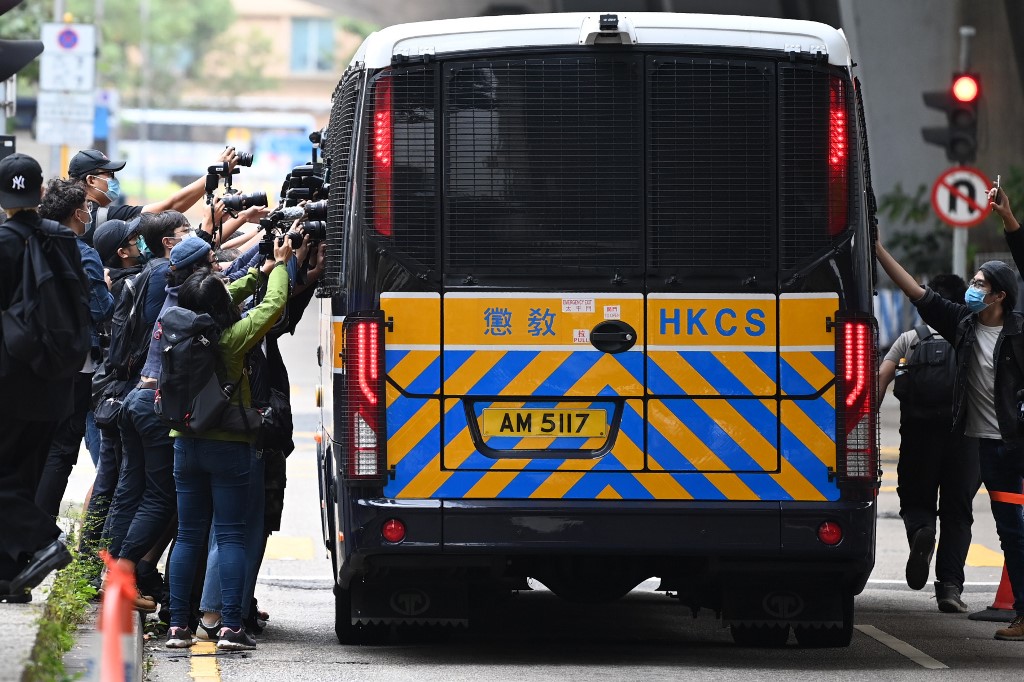 WASHINGTON - The murder of a Saudi journalist in Turkey, the US detention of a Russian asylum applicant, and the abduction of a China-born Swedish citizen from Thailand all have one thing in common.

All three represent a sharp increase in countries methodically extending political repression beyond their borders with little repercussion, according to a report released by the US-based Freedom House on Thursday.

READ: How COVID-19 has worsened attacks against journalists in Kenya

Freedom House -- a mostly US government-funded democracy advocacy group -- documents 608 cases of direct and physical "transnational repression" by 31 countries since 2014.

Assassinations -- like that of Saudi journalist Jamal Khashoggi in Istanbul in 2018 by agents of the Saudi royal family -- and other violent attacks garner the most attention.

But other methods of repression are more common and equally pernicious, the report notes.

Those include: using passport restrictions and cancellations to control a national's movements abroad, harassing them online, using spyware to track them, and threatening family members at home to pressure them.

Such activities have, for many regimes, become "a common and institutionalised practice... to control people outside their borders," it said.

The worst offender is China, the group said, methodically deploying every possible tactic against dissidents and activists abroad, including Han Chinese, Uighurs, Tibetans, and Falungong followers.

China has exerted extraordinary pressure on countries like Thailand, the United Arab Emirates, and Kenya to extradite or deport hundreds of Uighurs, the Muslim minority who populate western China.

Beijing's tactics also extend to kidnapping exiled activists, as in the case of Gui Minhai, a bookseller with Swedish nationality taken from Thailand back to China in 2015.

Turkey runs a close second in the methodical use of repression beyond its borders, according to the report, especially after the July 2016 coup attempt against President Recep Tayyip Erdogan.

Ankara's campaign "is remarkable for its intensity, its geographic reach, and the suddenness with which it escalated," said the report.

With the opposition Gulen movement as the principle target, Ankara has indulged in murders, renditions of dozens, physical threats, and "mobility controls" -- passport cancellation and denial of consular services.

Other countries singled out in the report for concerted campaigns against their nationals abroad include Uzbekistan, Rwanda, Russia, Tajikistan, Iran, Saudi Arabia, and Thailand.

A dozen, including China, Russia, and Turkey, have taken to using a global law enforcement tool, Interpol criminal listings, as a tool for repression.

They can easily place the hundreds of names on Interpol's criminal watch lists, and the agency has little capacity to check them out for validity, the report said.

"By uploading spurious notices into the system, regimes can have exiles detained or deported, sometimes even if they are already recognised as refugees," it said.

For example, in separate cases, Russia placed Interpol Red Notices -- indications of seeking to have a person arrested and extradited -- on two businessmen who traveled to the United States legally and applied for asylum.

As a result, each was detained by US immigration authorities for more than a year.

Officially an independent body despite its mainly US government funding,

Freedom House's report did not examine US treatment of its dissidents abroad, like Edward Snowden, exiled in Russia after leaking US intelligence collection secrets.

But Snowden has not alleged the kind of treatment other countries' activists have suffered.

And the report mainly focuses on countries it says methodically harass and threaten significant numbers of dissidents, and which it says act with increasing impunity because of the lack of pushback.

"Even this conservative enumeration shows that what often appear to be isolated incidents -- an assassination here, a kidnapping there -- in fact represent a pernicious and pervasive threat to human freedom and security," Freedom House said.