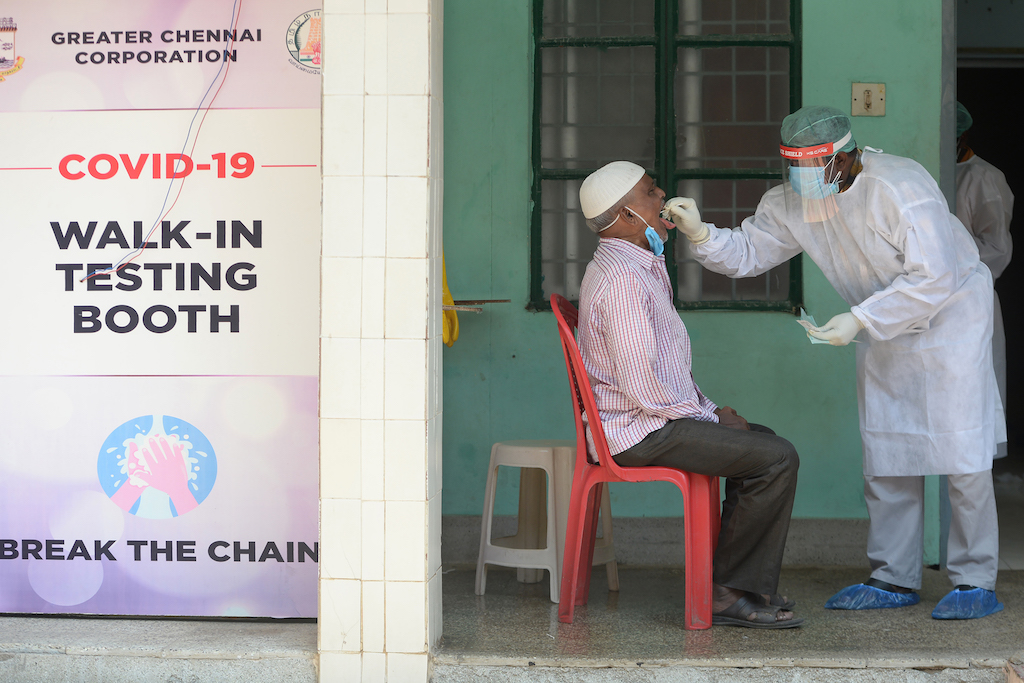 India now has more than 500,000 confirmed cases, according to government figures that show a record daily leap of 18,500 new infections.

"Unlike China, where the pandemic was relatively more concentrated around Wuhan and a few other cities, India has a more diffused spread that makes it a bit more challenging for the healthcare system," says Anant Bhan, a leading public health expert

India may see several peaks in coming months because the spread of the virus "is variable across the country", he says.

The pandemic has killed at least 494,337 people worldwide since it surfaced in China late last year, according to an AFP tally at 1100 GMT on Saturday, based on official sources.

Argentina's President Alberto Fernandez announces a toughening of lockdown measures in the capital and its surrounding area in a measure due to last until July 17 with "only essential services and some industrial zones" remaining operational.

With cases on the rise, the Buenos Aires metropolitan area will be closed down and from July 1 people will be asked to return to isolation at home and only leave for essential provisions.

Iran's supreme leader warns the country's economic problems will worsen if the virus spreads unchecked, saying the initial momentum to contain it had since "waned".

Official figures have shown a rising trajectory in new confirmed cases since early May.

Microsoft says it will close all of its stores and move its retail operations online, keeping just four locations and transforming them into "experience centres" in a move that means the more than 80 Microsoft stores closed due to the pandemic will not reopen.

Liverpool criticises some of its own fans for "wholly unacceptable" behaviour ignoring social distance guidelines after they crowd parts of the city to celebrate the football team's first top flight title win in 30-years.