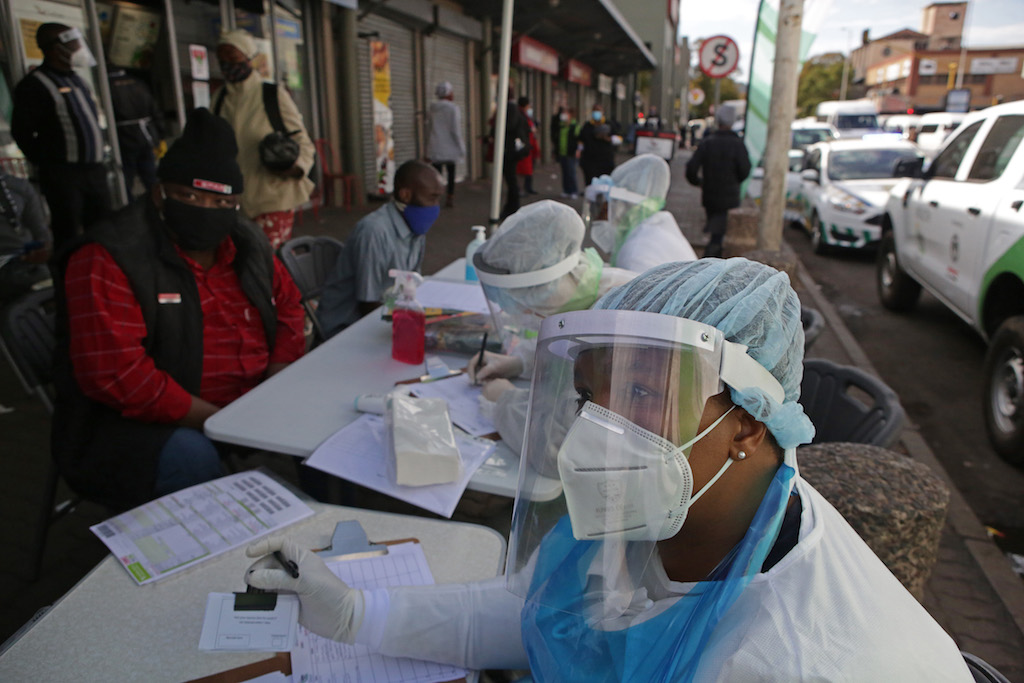 File: A City of Tshwane Health official looks on as she conducts a screening exercise on a taxi operator before testing for the COVID-19 at the Bloed Street Mall in Pretoria Central Business District.

JOHANNESBURG - South Africa's government outlined on Wednesday changes to boost take-up of its R200-billion coronavirus-related loan scheme and said it might temporarily bar lenders from blacklisting borrowers whose credit records have been hit.

In a document on budget adjustments in the wake of the pandemic, the National Treasury said it had made changes to the loan scheme to help more virus-hit firms benefit. Only R 10.6-billion of the funds had been paid out by July 7.

Changes included replacing a cap on the turnover of eligible companies with a R 100-million limit on loan size, expanding what the money could be used for and doubling the period over which it could be drawn down to six months, it said.

South Africa's Department of Trade (DTI) said it was consulting with lenders on proposals to prohibit blacklisting of borrowers whose credit profiles had deteriorated and removing adverse information from their records, until September 30 or when a national state of disaster ends, whichever came first.

"Government will carefully consider any proposals ... and will take all views into account before making a decision," the DTI said, adding Trade Minister Ebrahim Patel would not consider the draft proposals until consultations were complete.

The consultation document, published by main opposition party the Democratic Alliance (DA), said changes would be backdated until April 1 and were aimed at those whose credit profiles had deteriorated due to the national state of disaster.

The DA said the move would hit banks' lending appetite, pushing up the cost of credit, and hurt already indebted borrowers by enabling them to rack up more debt.

South Africa's six biggest lenders and the Banking Association of South Africa had no immediate comment.