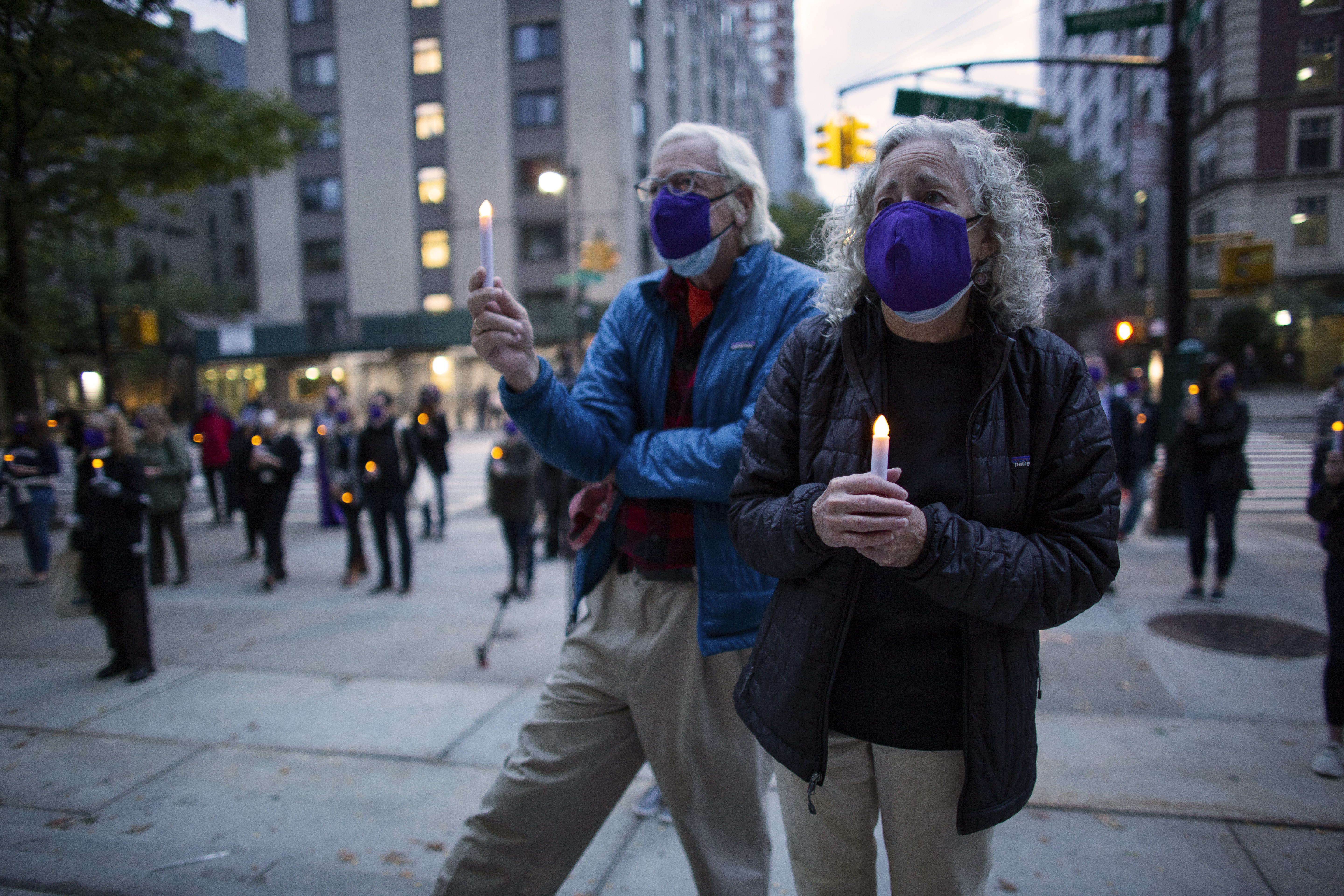 File: People attend a candlelight vigil a procession in tribute to all of the lives affected by the novel coronavirus outside The Cathedral of St. John the Divine on October 19, 2020, in New York City. (AFP)

WASHINGTON - A record of nearly 80,000 new COVID-19 infections over the course of a day were reported in the United States on Friday, according to figures from Johns Hopkins University.

Between 8:30 pm Thursday and the same time Friday, 79,963 infections were recorded, bringing the total number since the start of the pandemic to nearly 8.5 million in the country.

The United States had already approached the bar of 80,000 daily cases in July, largely due to new infections in southern states such as Texas and Florida, where the virus was then spreading out of control.

The worst current outbreaks are in the north and midwest, and some 35 of the 50 states are seeing an increase in case numbers.

The number of deaths over 24 hours has remained broadly stable since the beginning of autumn, with between 700 and 800.

In absolute terms, the United States has suffered the most deaths of any country, though not in relative terms.

READ: Too many countries in 'exponential' virus surge: WHO

Mask-wearing, which a study has shown could prevent an additional 130,000 deaths if followed widely, has become embroiled in US politics in the run up to the November 3 presidential election.

President Donald Trump, widely criticized for his management of the health crisis and who continues to downplay the severity of the virus, has promised the imminent arrival of a vaccine, which he wants to be free.

His Democratic opponent Joe Biden also pledged on Friday that the vaccine would be "free to everyone" if he wins.