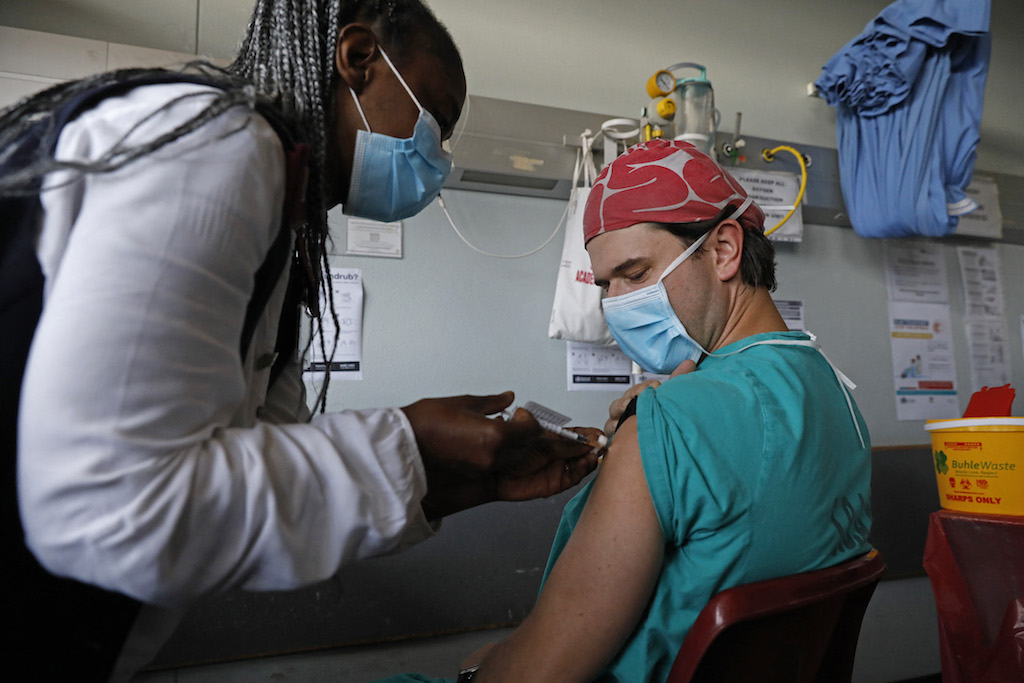 File: A healthcare worker receives a dose of the Johnson & Johnson vaccine against the COVID-19 coronavirus. AFP/Phill Magakoe

JOHANNESBURG - More than 200 million doses of coronavirus vaccines have been administered in at least 107 countries.

It's almost a year now since the World Health Organisation declared the outbreak a pandemic.

Since then, over a 111 million people have been infected worldwide.

And nearly two-and-a-half-million have died.

The US remains the worst affected.

Countries began rolling out vaccinations in January this year.

Nearly half of the vaccines have been given in wealthy G7 nations.

Israel is leading the way with almost half of its population already having received at least one vaccine dose.

South Africa is slowly climbing up the log with just over 10,400 healthcare workers vaccinated.

But, it's ahead of Australia which will begin its vaccination campaign this week.